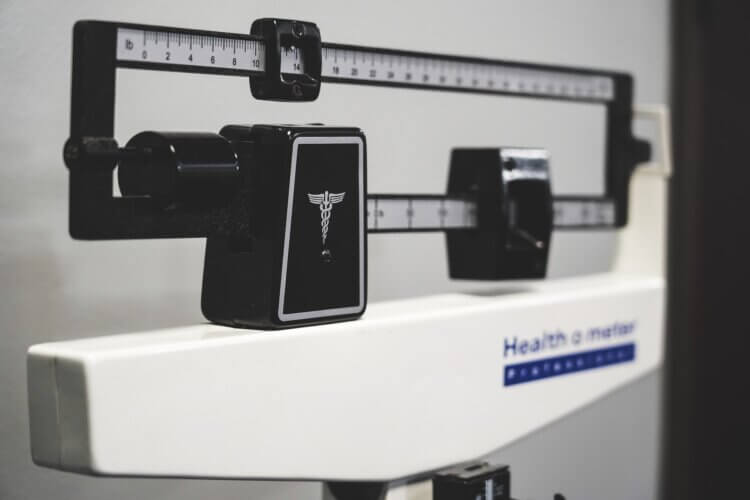 Despite living in this body as a Black woman for 49 years, writing about racism since the early 2000s, and serving as the executive director of the oldest continuously running anti-racism organization in the United States, I have a confession: The moments that I find myself in a racist exchange are pretty much my “bad penny” moments. Like that proverbial bad penny turning up, racist exchanges are intimately unpleasant, very personally unwanted, and almost always happen at the most inopportune times.

This was the case one very recent morning when I found myself engaged in an exchange with a medical assistant at my doctor’s office at 8 a.m.

What should have been a regular check of my vitals followed by a well-woman visit with my healthcare provider became a painful but hopefully teachable moment on bias, difference, and listening to the patient.

I have been seeing the same primary healthcare provider for almost 10 years now. I like her so much that as she has moved to different practices over the years, I have followed her. She is the rare provider who takes the time to actually listen to you; she is a partner in my healthcare, not just the expert patronizingly telling me what I “have to do.” It also helps that she has a high degree of cultural competency for a white woman. Enough that I trust her, which is why I have stayed with her. Even after today’s jarring exchange with the medical assistant, I will stay with her—though, no doubt, I am probably going to be branded the “problem patient.”

The medical assistant asked to weigh me. I refused, as I have done for years. She politely asked me to stand on the scale, and I politely said “No, thank you. I don’t ever get weighed unless it is medically necessary.” She then offered to weigh me standing backwards and again, I declined.

She became agitated and then went to get the blood pressure cuff and asked if I had a problem getting my blood pressure checked. I said, “Not at all, I just don’t want to be weighed and I am happy to explain why.” Instead, what ensued was a conversation that left us both shaking as I ended up having to explain that there was no reason for her “to take that tone with me” and that, frankly, given the racial and power dynamics at play, she might want to be mindful of her actions. Oh, and I wasn’t overreacting; she definitely had the attitude to deserve such a response—at one point, she was visibly rolling her eyes at me and waggling her finger in my face.

I am a grown-ass Black woman from the South Side of Chicago. Waggling your finger in anyone’s face is rude as hell. Doing it in my face is a special and blatant sign of disrespect. No, ma’am! Plus, it isn’t even 8:15 in the morning and I have not had a drop of caffeine.

She then told me she really wanted to say something but felt it was best not to.

Now, you know you can’t leave a person hanging like that. So I politely explained what I do for a living and encouraged her to share. She then proceeded to explain that she is not racist, because her sister and several other relatives are married to Black men.

It was entirely too damn early to play the “I got a Black relative” card.  Ma’am, I came here to get relief from hot flashes and to get the annual swiping of the hoo-ha, not to have this exchange that could have been avoided if you simply had honored my request. In all the years that I have requested not to be weighed, I have never had anyone give me a hard time about it, and it is not that uncommon. She could have asked me why I didn’t want to be weighed and I would have explained but instead she felt the need to try to force a procedure that my own provider is fine with me skipping. Can we say, “overreach?”

Obviously, the exchange did not end on a good note, but not before I explained that she should never use her Black relatives as proof that she was not racist. In fact, doing so was wading deeply into the waters of racist behavior.

Do I think the medical assistant was racist? I don’t know. But I do know her behavior was out of line and given the racial dynamics, it became a racial experience when she chose to become annoyed and aggressive rather than just moving on. I think bringing up the Black relatives was a reaction to not examining her own racial biases, which almost certainly had her thinking, “Who the fuck was this uppity Negro at 8 a.m.?”

We all hold racial biases. The potential for conflict across race, class, and privilege can happen at any time. I also know that healthcare workers are stretched thin and—as I would later find out—this medical assistant was not my doctor’s normal assistant, which definitely explains why she was adamant about me being weighed. She was unfamiliar with my provider’s norms and was simply following the norms she was accustomed to. Had she explained that—or taken me up on my polite offer to explain why I was declining to be weighted—we might have saved ourselves the early-morning tensions.

And after all this, many of you are probably wondering why I didn’t just get weighed. I live in a world that sums up our existence into labels based on surface appearances and assumptions. Yes, I am carrying a few extra pounds at midlife and I know from experience that being labeled as “overweight” can prevent my voice from being heard when I discuss health issues, because so often the immediate response will be to tell me to lose weight and nothing else will be done. Any other factors I discuss and any other context I provide stands a good chance of being ignored.

I made the conscious decision several years ago that until I get my weight back where I want it, I don’t want to be weighed. I am already being labeled Black and middle-aged with a family history of hypertension, cancer, and diabetes—and living with anxiety makes it hard enough to be heard at times, with so many providers (other than my current primary care provider). An official “overweight” label increases the odds that I won’t be heard. If you are confused, go Google anti-fat bias, and realize that even beyond that bias, there is inherent racial bias in tools like the BMI, which are often seriously flawed to begin with even for white people.

Our weight on the scale, combined with our other descriptors, can become the barriers to getting the medical care we need. When we look at the racialized health discrepancies in the United States, one need not study race to guess that rooted in anti-Blackness is also anti-fatness. While I do have a few extra pounds, I also work out. I am pretty muscular, and muscle weighs more than fat, which the BMI doesn’t adequately account for. I have managed to avoid the curse of my genes and I am not on hypertension meds or diabetic. My downfall, though, is stress—and my penchant for stress snacking. Especially over the last two-and-a-half years working from home while homeschooling a teenager who snacks.

However, if I am weighed, I become just a number to the insurance company and anyone else looking at my records. In becoming a number, I become dehumanized and not heard. Trust me, as a 49-year-old woman going through the change of life, I am already not heard. While the exchange with the medical assistant was unwanted, it did lead to a great conversation with my healthcare provider and a good appointment along with a prescription for some potential relief from these damn hot flashes. As for the medical assistant, I hold no ill will. I think it was a learning moment. Also a reminder that maybe we all just want to be heard, regardless of the reason or our race.

Image by Samuel Ramos via Unsplash