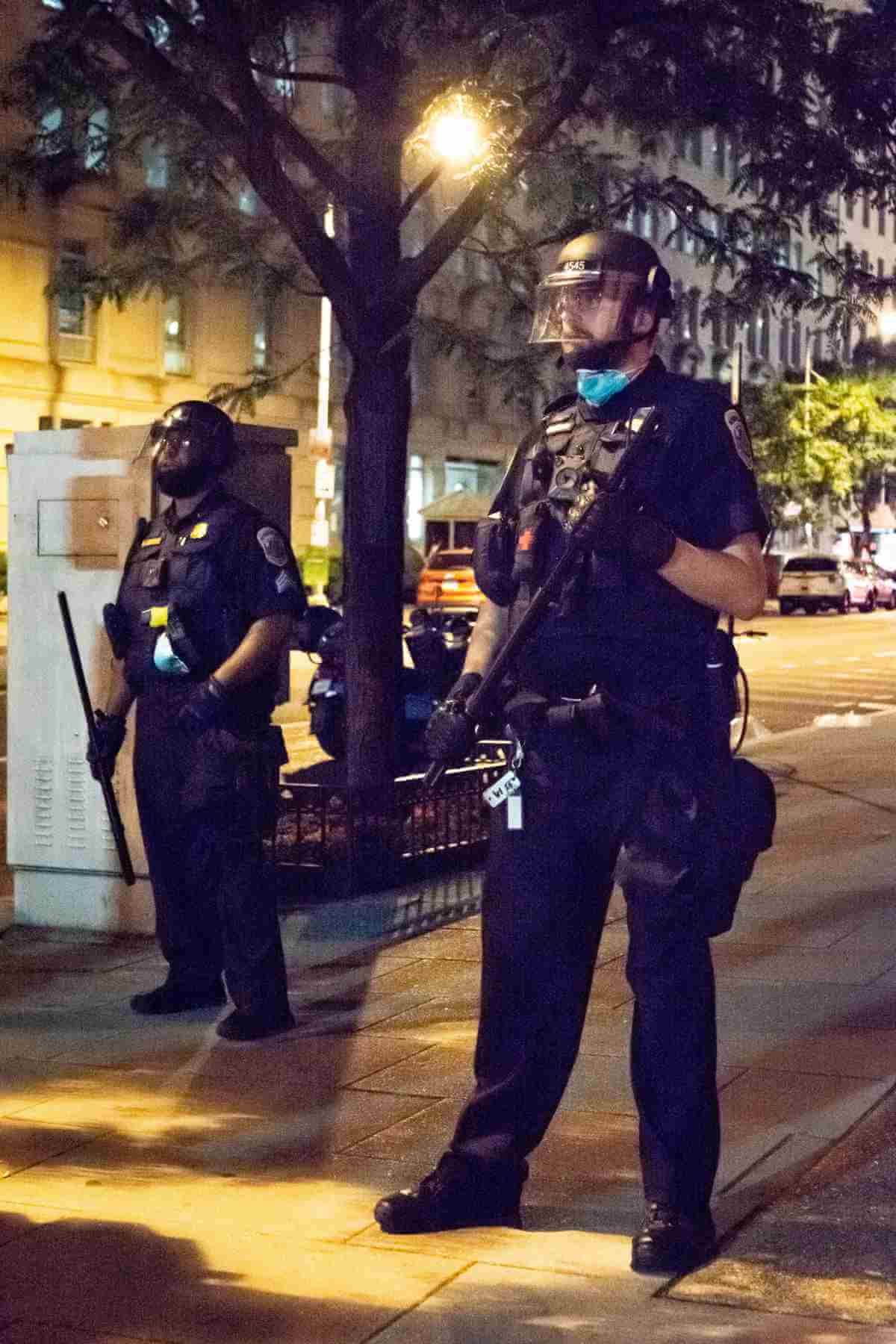 My father used to say that to the TV every time it showed white people protesting. Inevitably he would see footage of a white protester getting beat up by a cop and that’s when he’d point to the screen, turn to me and say, “See? I told ‘em!” Then he’d shrug and laugh.

When I was a kid I didn’t get why he laughed. I thought maybe the joke was that the people on TV couldn’t hear him, but that wasn’t exactly it. What I didn’t get at the time was that he saw protests as uniquely Black. And so, when white people protested—especially for Black rights—he understood that white people were momentarily giving up their whiteness. And he knew what this country has always done to those without the permission of whiteness. Since the repercussions were so blindingly obvious, he thought it was funny to pretend he could finally get the point across by talking through the TV.

Now every time I see footage of the protesters in Portland, Ore., being brutalized by unidentified armed goons in military garb, my father’s words almost come out of my mouth. The words echo around in my head every time somebody asks why white mom protesters are treated with violence, but the armed anti-maskers who occupied legislatures were allowed to terrorize. I am barely able to keep his words from exploding out of me whenever someone asks why the NRA, libertarians and whatever other conservative group who talk about being ready to fight government overreach isn’t doing anything about this government overreach.

The fact is that the USA has always been a police state; it’s just that some people have had the privilege of not being policed. Because of that privilege and lack of experience they have been able to define the police as some sort of innately good romantic fantasy from movies. Now that they’re beginning to see the brutal and vicious truth of what policing actually is, they are rightfully shocked. But that’s just a pebble on a mountain.

There is not now, nor has there ever been, a standard for how brutally Americans can be treated by the authorities. The authorities have always been able to torture, maim and kill Americans. Nothing about that has changed nationally or even really been addressed. The confusion for some people is just who exactly the authorities are.

Since whiteness itself is a permission, it dresses up its own authorities in permissions. It requires contracts and licenses and uniforms and badges. But if you are not afforded that core permission of whiteness, none of those affectations are necessary for its authority to be held over you. Whiteness itself is authority enough. It can deny you your rights, a living and hunt you down in the street. No contract, license, uniform or badge required.

When a white person stands with Black people against authorities, they are suspending their whiteness and therefore answerable to those who claim authority over Black people. That authority will treat those white people as though they are Black.

Ensuring that each and all of the specific individual authorities have the full set of proper pledges, paperwork and permissions before continuing their particular American brand of terror is not a solution to this problem. It is impossible to even approach a solution without an honest and careful examination and reevaluation of the differing versions of American authority and power. Until we get there, the best we can do is return to just before it all caught fire and watch the sparks fly.

Photo by Gayatri Malhotra via Unsplash

1 thought on “Getting treated ‘Black’ by the police state”