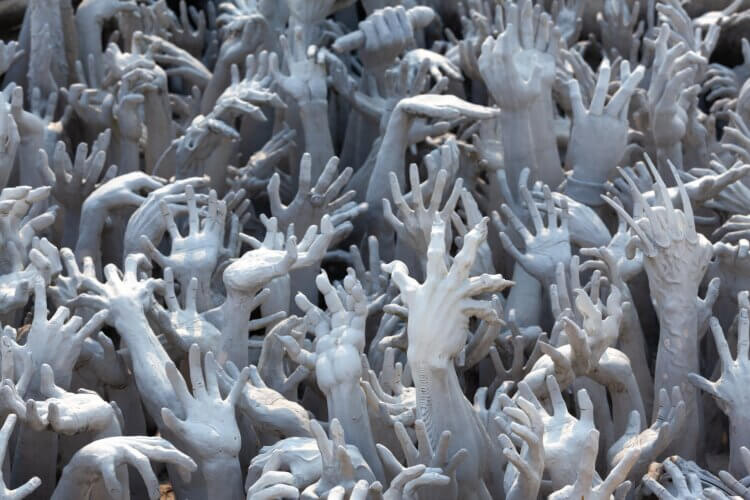 My co-producer Florence Edwards and I have spent the last 18 months or so working on a podcast. It’s called 99 Years and it’s a Black exploration of the deliberate creation of the whitest state in the nation: Maine. It debuted a few weeks ago and there are three episodes out so far, so please check them out wherever you find your podcasts—and don’t forget to like, subscribe, rate, review, and pray for us.

Countless interviews and what feels like a congressional library’s worth of research later, I have learned perhaps too much. My brain is pulsating with so many histories and factoids of local and national racism that I could transcend into pure energy at any moment.

For example, did you know that Woodrow Wilson is the country’s most racist president? Yeah. I know a passing glance may look as though it’s just kinda six of one, half-dozen of the other, but it’s Wilson by a country mile. The through-line of that goddamn fool’s life was killing Black folks’ present, future, and past starting well before he was the president. A few of our Commanders in Chief may compare if it stopped there, but where Wilson pulls way out in front is that he’s the one who made the national default identity white. Every national conversation we’ve ever had involving conventionally innocent patriotic Christian whites and cowardly criminal savage Blacks—and every horror to come out of those conversations—can be directly traced back to Woodrow Wilson. And don’t ever let anyone tell you that education is the answer to racism. Wilson was the only U.S. president to have a Ph.D. and all it did was help him make the South rise again without us even noticing.

See what I mean? It’s a lot. There’s more in the podcast.

Back to Wilson real quick. The 1918 influenza pandemic happened during his second term. It was expected to be especially bad for Black people. Take a guess what Wilson said about the pandemic. Any idea how he warned the American people? He didn’t. He never said a public word about the pandemic. Didn’t mention it once.

Expectations were dashed, though. Likely in part because of Wilson’s own racist policies, Black folks were less likely to get infected than white folks. Then, after suffering a stroke and a near-deadly UTI, Wilson himself got infected.

Whiteness fucked him up.

By the time COVID-19 hit, America’s racist policies had the opposite effect. Black people were disproportionately more likely than white people to get killed by the disease. Not anymore, though. The roles have reversed. That’s right, white people are more likely to die from COVID than Black folks now.

Well, it turns out, while Black folks were initially more reluctant to get vaccinated, once we saw that it wasn’t giving everyone 5G or letting Bill Gates see everyone’s passwords or whatever those conspiracy theories were, we jumped on board. The republicans, though? Turns out those racists never got vaccinated at all. But it doesn’t stop with the white people party.

The other thing is, once all the initial data came out showing COVID harming Black folks more, all the national, state, and local governments and businesses started dropping their safety protocols.

Remember when anti-maskers and anti-vaxxers were the enemy? Well, they won the war and they didn’t even have to change strategies. Congratulations to them! They’re running the show!

I saw a news story recently about Portland’s richest, whitest neighboring town, Cape Elizabeth. One Thursday in late October, more than 20% of their high school students were out sick. The response was to close the school Friday, clean it up real good, open back up Monday—and, according to the story, “The school board also voted unanimously Thursday night to highly recommend masks in Cape Elizabeth schools if the Maine CDC deems it appropriate.”

They all voted that maybe, if it’s ok, they’ll really-really suggest wearing masks? Geez, I hope that doesn’t upset the anti-maskers! Anyway, maybe one of these days white people will realize what a mess this all is and come together for the sake of all of humanity and deconstruct whiteness. I really hope so, but until then, be sure and check out my podcast 99 Years wherever fine podcasts are told!

Image by Yaopey Yong on Unsplash

3 thoughts on “Leaning how long racism has been harming white people, too”