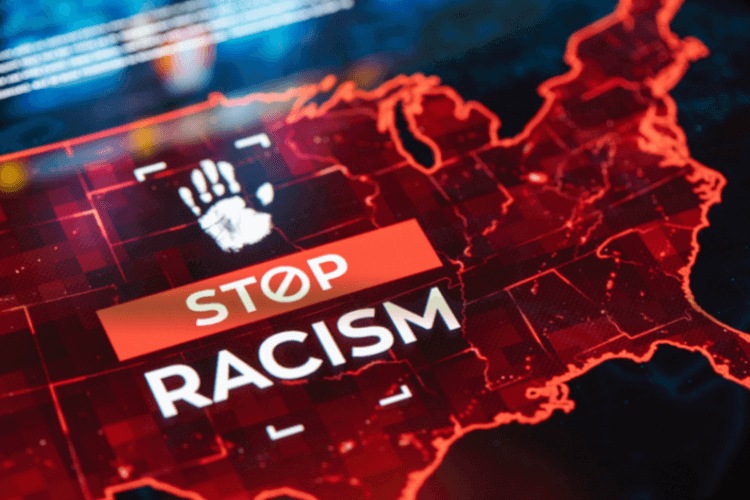 Racism is a real problem in our society. The sad truth is that there are people who believe it’s okay to treat people differently based on their race. If you’re like me and see this as wrong, it’s important that we each do what we can to help make things better — even if it means confronting racism head-on. It can be easy to feel powerless against something so big, but there are steps you can take every day toward being an anti-racist ally. Here are some tips for getting started:

The first step in being anti-racist is learning about racism. What does that mean, exactly? It means reading books and articles on racism. It means talking to friends and family members about their experiences with racism. It also means learning about the history of racism in the U.S., as well as other countries around the world. By doing this research, you’re not only bettering yourself and your understanding of the world but also becoming more equipped to help eradicate it from society!

It’s important to call out racism when you see it, but don’t assume that someone else will do it for you. This can be difficult if the person is close to you or if they’re a friend, so if that’s the case, take a deep breath before speaking up. It might also help to ask yourself whether there are other people around who could hear what was said and would be interested in saying something as well. If the answer is no (or even if there are other people around), then speak up! You might feel uncomfortable at first, but trust me: It gets easier every time until one day you’re making jokes about how “all white people” act in public spaces or how much “black girls love Beyoncé.”

You may be surprised to learn that colorblindness is not the same thing as anti-racism. Colorblindness can actually make it harder for you to recognize and address racism in your life.

When someone says they are colorblind or don’t see race, what they actually mean is that they don’t see skin color when looking at other people. They may also believe that everyone should be treated equally regardless of their racial background, but this belief isn’t rooted in an understanding of how racism functions in our society. This type of person might be able to acknowledge that discrimination exists, but they would likely argue that things aren’t so bad anymore because we live in a post-racial society now (i.e., one where white people no longer have power over nonwhite people).

Recognize that systemic racism is at play in the U.S.

Systemic racism is often misunderstood as simply being about individual acts of racism. It’s not just about an individual saying something racist, or a single act of discrimination. Systemic racism is actually the result of policies and practices that were created to benefit white people at the expense of people of color—and these policies have been in place since slavery ended in 1863. Systemic racism also includes things like redlining neighborhoods, which meant that banks would deny loans for homes in certain neighborhoods because they had a large percentage of black residents; “ghetto” tax rates for schools; or even segregated public pools where only white children could swim (even though most swimming pools were historically built by German immigrants who wanted to make money off their investment).

Be willing to have uncomfortable conversations with people in your life, including family and friends.

If you’re serious about being anti-racist, then you need to be willing to have uncomfortable conversations with people in your life—including family and friends. You can’t expect others to change if they don’t know what it means, or why it’s important for them to do so.

If a friend makes a racist joke, approach them privately and say something like: “I didn’t think that joke was funny, because I’m not into making fun of people of color.” If someone asks you where you’re from when they know perfectly well that you grew up in the same town as them (and are therefore not from some exotic land), say something like: “I’m from here too! We live on the same street! Our kids go to school together!” That way, when someone says something offensive about another race or ethnicity later on down the line (and let’s face it—they will), your words will come back to haunt them and make them think twice about whether making racist jokes is okay after all.

Use your voice to speak up for racial equality.

The best way to show your commitment to racial equality is by speaking up against injustice. When you see racism, call it out. When you see someone being treated unfairly, speak up on their behalf and remind them of their worth. Use your voice as a weapon against bullying, discrimination and injustice wherever and whenever possible.

Vote for candidates who share your views on race.

The best way to be anti-racist is by voting for candidates who share your views on race. The U.S. government has an impact on numerous aspects of our lives, including race relations and the treatment of people of color in this country. We have a chance every four years to elect new officials who will represent us in Washington D.C., and if we want things to improve for people of color, we need to make sure those elected officials are sympathetic to our cause as well!

There are many good examples out there: Bernie Sanders said he would like “to see more Americans from all backgrounds get involved in politics,” and he also supports spending billions on improving conditions for black communities; Kamala Harris has promised “to address racial disparities” like mass incarceration; Elizabeth Warren wants criminal justice reform so that people caught up in the system aren’t punished unfairly based on their race; Cory Booker has vowed that no child should go hungry at school because they lack adequate nutrition (especially since these kids tend to be poor). All these politicians are committed advocates for minorities because they understand how important it is not just that everyone gets along but also that everyone has equal opportunities—and voting helps ensure those opportunities exist!

Donate to organizations that support racial equality and education.

Donate to organizations that support racial equality and education.

You can work on being anti-racist every day.

You can work on being anti-racist every day. You don’t need to wait for a special occasion or the right time in your life to change your behavior.

We all have the power to create real change in the world and make it better for everyone, no matter who you are or where you live. All it takes is a decision and some effort, but those two things can make all the difference in what kind of world we live in.

If you want to be anti-racist, it’s important to be an ally. Being an ally means learning about the issues faced by marginalized groups and then using your voice to speak up for them. It also means working on being aware of your own biases, even when it feels uncomfortable or awkward. But most importantly, being an ally means listening more than you speak—and making sure that everyone has a seat at the table when it comes time for decisions about how we move forward as a country.