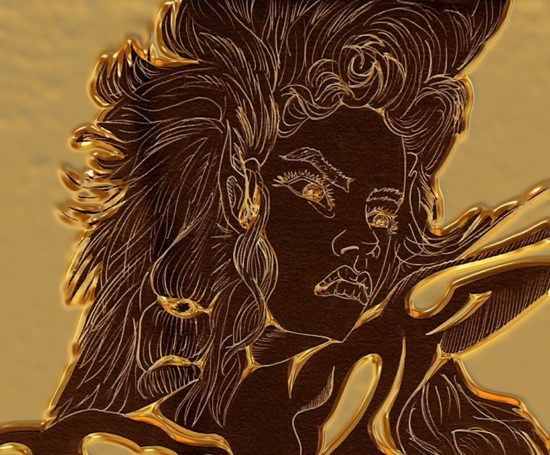 Sunday morning when I logged online, a fluttering ping of status updates rolled into a steady flow of trauma to my feed.

Often accompanied with the words:

“If all the women who have been sexually harassed and/or sexually assaulted wrote ‘Me too.’ as their status, we might give people a sense of the magnitude of the problem.”

Reading these posts, I was affected and moved. Though not moved enough share, despite my long history with sexual trauma. I confess, when I looked at the updates, they felt like another thing which wasn’t meant for me, like pussy hats or the right to breathe. Each survivor posting was white, mostly cis-het, and comfortably using the term “woman” to describe who the posts were for.

It wasn’t until later in the evening that I spotted a Black femme on my feed had posted, “Me too.” I scrolled, another Black femme, and another, and another. As I scrolled more and more friend’s posts popped up. Black, queer, nonbinary, femme, woman, man. They flooded my feed. Queer friends online had changed the text to highlight PoC, include non-binary and femme folks, as well as those who are woman-identified. Some posts included statistics for trans folks, and PoC.

This shift struck home. I recognized the truth of our experience. Sexual assault is a thing we know happens. Often. Sexual trauma is deeply rooted in the Black experience.

The first thing I learned about my body was shame. Black children, Black girls (as they call us before we can learn to advocate for ourselves) are taught that we are sex objects. We are taught this by our homes, by our society and by our experiences. As a child I taught by my white mother to close my legs to be “proper” and not entice, by my oldest white brother that I was a tool for his continued sexual amusement, and by media and society that I was only good enough to be a sex object.

I recognize not all sexual trauma is racial. But because of the racial make-up of Maine, the struggles of Black and brown people to connect, and the general lack of understanding and appreciation for Black and brown people by white people in Maine and elsewhere, add to that my own lengthy personal experiences, I believe I can safely say that most of the sexual assault on PoC in Maine is racialized.

Given the deeply rooted trauma and intersection between Blackness and sexual abuse, as well as the consistent erasure of Black people and PoC in our stories and movements, it came as no surprise that #MeToo was started nearly a decade ago by a Black woman; try as the internet might to credit it to a white one.

Tarana Burke is a social justice advocate who has been slaying the game for years. She started her own non-profit called Just BE, Inc. which focuses on the “health, well-being and wholeness of brown girls everywhere”, contributed her magic as a consultant on the 2014 film Selma, and is currently working on a documentary entitled Songs Called Survival: The ‘me too.’ Movie. This documentary, as well as #MeToo, is tasked with bringing into the light stories of Black and brown survivors of sexual assault.

I feel it needs to be stated, for the sake of inclusivity and to stave off any arguments, that this is not the Oppression Olympics. One person’s sexual trauma is no more or less significant than another’s. Racialized or not, sexual trauma fucks a person up. Also, it is important to recognize that because of this, the issue of erasure needs to be explored.

I watched white woman after white woman after white woman post about their trauma. While I acknowledge the strength it takes to put oneself out there, I can’t help but see a community all too comfortable with leaving me, and people who look like me, love like me, and don’t love like me, out of the narrative. Can’t help but see how woman after woman was contented to see only themselves in the struggle. See how each post erased the experiences of people who are not white and do not fit into the “woman” box. Maybe women were just trying to raise awareness. Maybe they didn’t know the origins of the #MeToo movement, but to this I say, isn’t that the point?

3 thoughts on “#MeToo: The erasure and fetishization of the Black body”