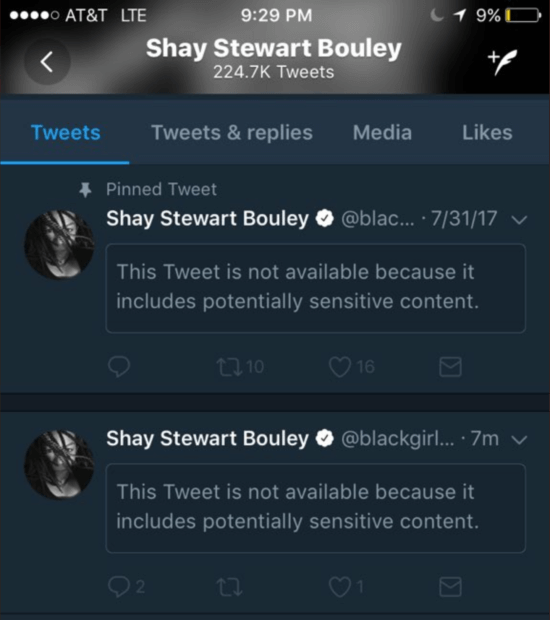 As a Black woman in America, my entire existence at times can be summed up as: uncomfortable. Anytime I leave my house, I know that there is a strong probability that discomfort will be a part of my day by simple virtue of the fact that my soul and essence are housed in a container labeled female and Black. In this society, that combination leaves me open for assault on two fronts. Whether it is being called out of my name, treated as inferior, having my body touched without my permission—and the list goes on.

People like me are born leaning into the discomfort because the only other option is to wait for the sweet release that death will bring. For me, that is not an option. Instead, I choose to lean deeper and allow that discomfort to be the fuel that activates my life whether in my writing, speaking or managing Community Change Inc. I cannot make the world bend to my will but I can die trying to effect change.

We are now living in a rapidly changing world, one where for many, the blinders around injustice are slowly coming off. For millions of white people, including many who read this space, the dots are connecting and people are realizing that racism is more than a matter of interpersonal “choice”—it is a systemic situation and problem where, at birth, we are all assigned our roles. No choice given—your skin color determines whether discomfort is your norm or your option.

The past decade politically, combined with the rise of social media as a staple of modern-day life, has allowed millions who previously thought racism was a relic to realize that it is, in fact, the foundation of America. All that it has done in modern times is to change its appearance. Racism in America is a bit of a chameleon but eventually, we see its true nature.

Social media sites such as Facebook and Twitter have allowed us to take the talks that used to not be seen and bring them to the public conscience. It is the space where we learn, where we we teach, where we allow ourselves to break the social taboos on speaking openly about the uncomfortable. Yet as these spaces become part of our daily rounds, a strange thing is afoot.

Abuse and harassment are part of social media. Women and people of color have long complained that these platforms that are increasingly vital for many of us in our work but are also unsafe spaces. A quick Google search can confirm my words. These platform creators have pledged to make changes but too often, these have been empty promises that fall short.

However, we are now living in a world where the president of the United States governs by tweet, where he regularly uses his phone to stoke the fires of intolerance, and where even  social media novices now flock to these sites to stay abreast of the happenings as traditional news organizations cannot keep up with a president who wants to connect directly (and dysfunctionally) with the people.

When your leader aligns himself with white supremacists and has an uncanny knack for attacking  women of color and making disparaging comments about people of color, discussing white supremacy and racism is no longer an option but an imperative. However, increasingly these platforms that give us so much are starting to censor these much-needed conversations, either directly or indirectly.

In recent months, many activists of color have openly talked and written about being censored on these sites, suspended or banned. Oftentimes, it is Black women who are being targeted. Meanwhile, white nationalists and their allies are allowed free reign in these spaces. Richard Spencer, the current front man of today’s white nationalist movement is considered important enough to merit a verified account on Twitter. Talk about legitimizing the hate.

Until recently, I had managed to keep my words moderate enough to avoid the censorship and bans that my peers and colleagues have faced but yesterday, I realized that my words on Twitter were considered “sensitive content.” A fellow writer reached out to tell me that my tweets weren’t showing up and sent me a few screenshots. After some sleuthing, it seems that my tweets will show up with a change in settings but the larger question is why is discussing racism considered sensitive? What are the larger implications of labeling uncomfortable but critically needed conversations as being sensitive?

We are a nation divided on race; a not-insignificant number of Americans don’t understand why our sports figures are kneeling and not standing for the national anthem. These same people see rich Black and Brown bodies and assume that their wealth insulates them from the police brutality and racism that non-wealthy Black and Brown people face on a daily basis.  Many of these same people see things like the Movement for Black Lives as a form of terrorism instead of a quest for liberation. White Americans too often live in racial silos and, aside from social media, rarely have meaningful connections to non-white people (and often those online connections are less than meaningful as well, to be honest). There must be accessible spaces where we can start talking and start activating. In recent years, groups like Showing Up for Racial Justice (SURJ) have experienced an uptick in white people getting involved due to the words and sights seen on social media. We need more of this—not less—and in labeling discussions of white supremacy as “sensitive” we are moving backwards.

Given the Trump administration’s feelings on race and journalists and our rapid movement towards an authoritarian regime, I have no doubt that we will see an increase in censorship, and that the list of “sensitive topics” will continue to grow.

As for me, I will continue to maintain my piece of personal internet real estate until such time as I am silenced. I will say though, now more than ever, supporting independent journalists, bloggers and others who are writing, educating and working for change is important. Whether that’s BGIM Media or whatever outlet you enjoy, one way to resist and move forward is to offer support whenever possible.