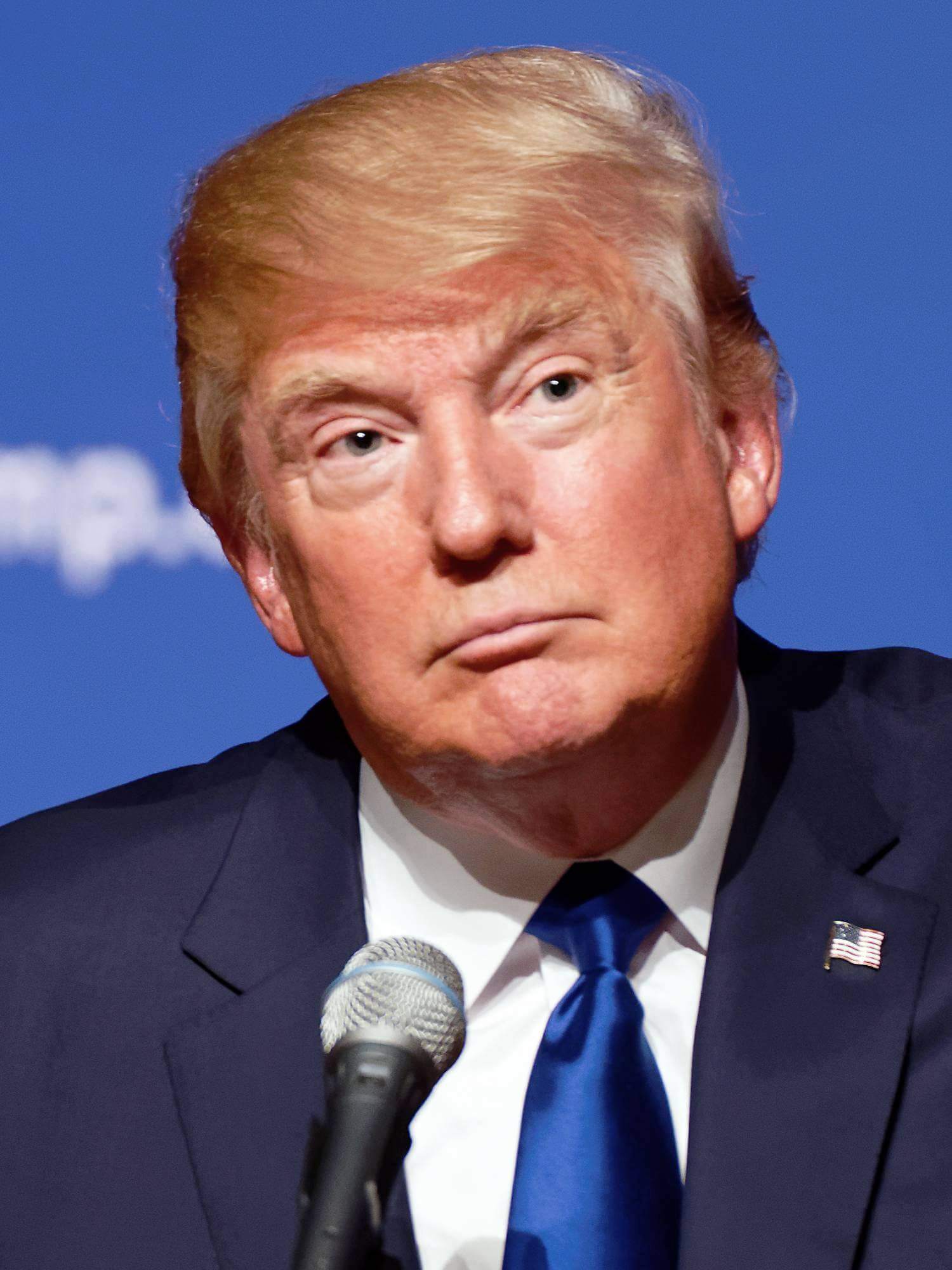 This question is everywhere. I see it online, I hear it at the grocery store and I feel it in the air every time his name is spoken, so I thought I’d take this opportunity to answer it, but I’m gonna warn you right now, you ain’t gonna like it.

A long time ago Thomas Jefferson and George Washington and a bunch of other wealthy, white, male inheritors created a system that benefited them and everyone else of that description. This system assures that wealthy, white, male inheritors, born into positions of vast ownership, will see that ownership as well as their very identities afforded full representation and protection under the law.  Anybody not possessing those four traits has varying degrees less representation and protection.

This also means that there are two sides of the dollar. One side tells the dollar what to do. The other side gets told what to do by the dollar. Wealthy, white, male inheritors are on one side and the rest of us are on the other. They are free. The rest of us just have permission—and not as much as we think.

Now, just so we’re clear, you should know that when I talk about freedom, I’m not making claims on your feelings. Like everything else, this ain’t about your feelings. I hope you feel free as a muhfuckin bird, but please understand that if the president had to live your life for just one goddamn day, each second would feel as though he was serving a sentence of eternity in a space prison.

This is how free he is: Tomorrow he could get on his plane, fly to every continent and buy property on all of them.

But that’s not where their freedom stops. People on that side of the dollar are also free from our morality. For example, paying your bills. If you and I don’t pay our bills, we feel terrible and irresponsible and eventually we will ending up facing civil legal action or criminal charges (depending on what didn’t get paid and why). You know what happens when the president doesn’t pay his bills? He fuckin doesn’t pay his bills. It’s essentially theft, but the same holds true with actual theft. If you get caught stealing a $1 worth of candy from the corner store, you will go to jail. On the other side of the dollar you can get caught stealing billions and billions and there’s a pretty good chance you’ll get to keep it. Back on this side of the dollar you couldn’t even steal millions, let alone billions because you don’t even have permission to know where that amount of money is located.

And it ain’t just morals that only exist on our side of the dollar. Intelligence, work ethic, self-esteem, talent… Every single thing that you think is necessary to reach success only counts on our side. This is because the actual level we are trying to reach is that of the wealthy, white, male inheritors. Those four traits are the standard by which we measure not only our success, but our actual worth as citizens.

So, intelligence, for example. The president is an imbecile. It’s obvious on its face. And on his face. I mean, he paints only most of his face and his “hair” various shades of very unhealthy urine. Somehow, some people look past that and think that he must be intelligent because the randomness of his tweets cause such chaos. Or maybe they think he’s made smart business moves or that he’s been clever with tax loopholes or various other actions that are actually taken by his lawyers. In the end, I guess people believe what they want to believe.

In this country, we want to believe that we can earn our way to the other side of the dollar, but you do not earn what you were born with. And no amount of talent or intelligence or self-esteem or work ethic can change the situation of your birth.

It goes the other way as well. I’ll say it again. If you are a wealthy, white, male inheritor, you are born into a position of vast ownership in which that ownership, as well as your very identity have full representation and protection under the law. You can be the most talentless, stupid, self-loathing, lazy, urine-colored muhfucka in the world, and none of that will change the situation of your birth either. Also, it’s not just money we’re talking about here. Family, community, connections, these things are all inherited as well. You can be broke as a joke, but if you’ve got family, community and connections it won’t even matter.

Back before he was the president, he bankrupted a casino, because he’s a stupid person. His dad tried to help bail him out by buying more than $3 million in chips. It turns out that that is illegal, so his dad got a fine of $65,000. I mean, they can call that a fine all they want, but really, that’s a fee.

So, that’s why he gets away with it. He is a wealthy, white, male inheritor who exists on the other side of the dollar, and don’t think for a second he’s the only one. They are everywhere. Look over to the UK and you’ll see current toast of the town Prince Harry saying all kinds of racist shit and dressing up like a Nazi (and that means something over there. Sure, it’s offensive here, but the UK fought WWII on their own land and it cost them almost 450,000 lives. It’s probably just about the funniest goddamned thing of all time for their own royalty to act like that shit is cute). His stupid-ass uncle was the same way. People on the other side of the dollar get away with it because, while they hold us to account, no one holds them to anything.

“Getting away with it” isn’t even the right phrase because it implies that we hold authority over them, when the opposite is true.

Anyway, the president will never be jailed. You’ll never see his kids jailed. There won’t be trials or charges or anything like that. I know some of you believe in fairness and karma and have faith in a system for which there is no existential evidence. So, if you’re still holding out hope that’s totally fine. In fact, I welcome you to argue your points at the public debates I’ll be holding tomorrow afternoon at 2:00 p.m. right outside the courtroom where all the other criminal, wealthy, white, male inheritors are usually put on trial.

2 thoughts on “How does the president get away with all this dumb sh*t?”