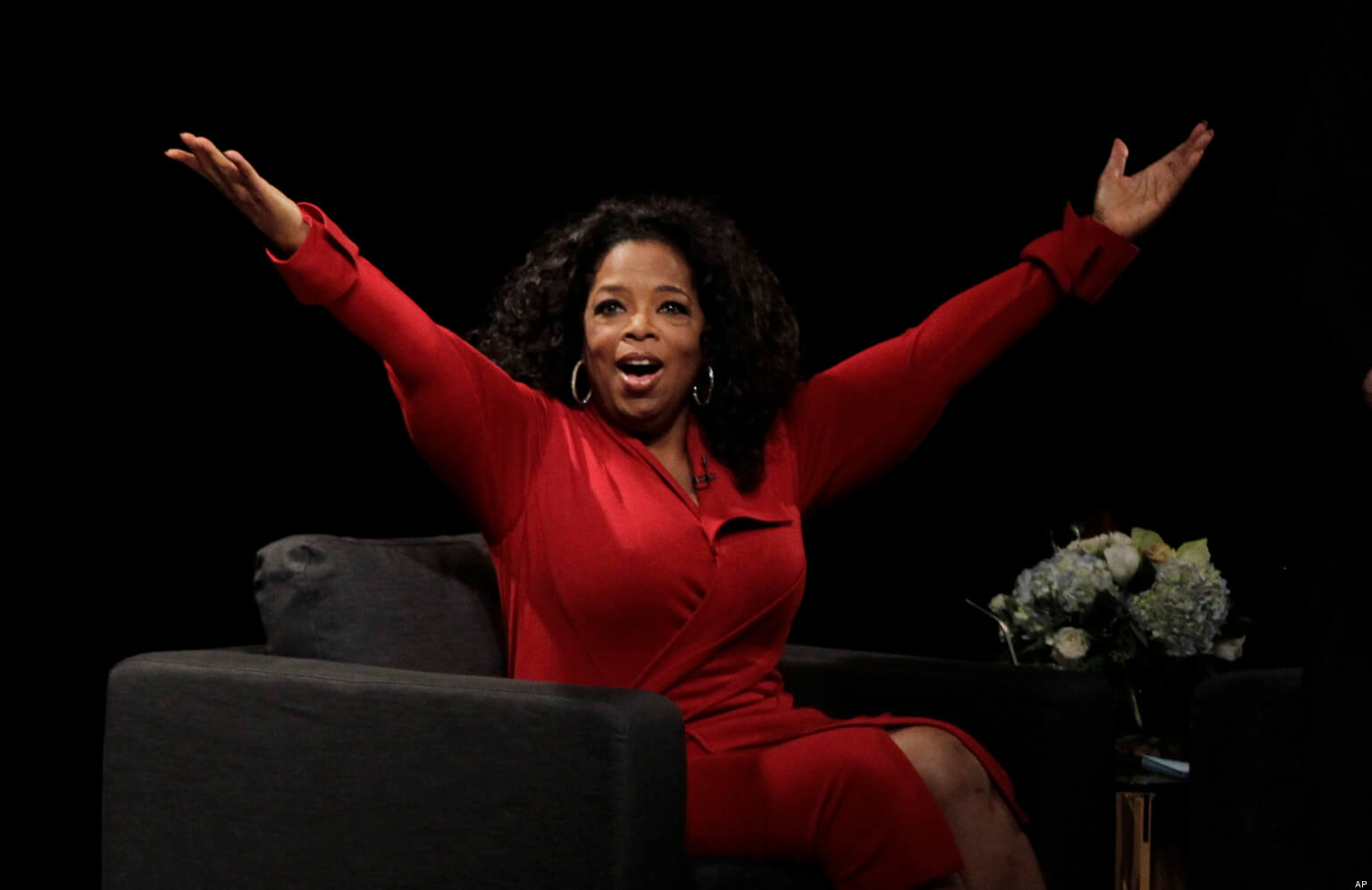 During the recent Golden Globes broadcast, Oprah Winfrey was honored with the Cecile B. DeMille Award for lifetime achievement and, in accepting the award, she delivered a helluva speech. Given this current horrid moment in history, we needed her words and her energy—we needed a momentary respite from the fire and fury of the “very stable genius” who on a daily basis continues to lead our nation down a very dark path.

However, that moment of respite that earned the right for loud applause and a collective “thank you” has turned into very vocal calls for Winfrey to make a run for the White House in 2020. While there are murmurings that she may very well be considering such a step, I have to admit that waking up to a nation pinning its hope on Winfrey isn’t quite sitting right with me (and not just because of the risk of elevating someone else to the highest office in the country based on celebrity like we did with Donald Trump, no matter how much more stable the theoretical next celebrity president might be).

Our nation’s relationship to Black women is complicated at best. Since the first African woman was brought to this country against her will, Black women have been expected to produce for others and take care of others before caring for themselves. Often to the detriment not just of themselves but of their own loved ones. One of the first roles that was designed for Black women in this new country was that of “Mammy.” Traditionally Mammy was the caretaker for the white children and household but over time, even after the legal ending of slavery, there is a vision of Black women that looms large in the American psyche and it is that of the Black woman as caretaker: savior, self-sacrificing and all-giving.

In the past year as this nation continues to grapple with the fallout from the 2016 election, and albeit without intentionality but doing it all the same anyway,  we keep tapping into our psyche for comfort and reassurance and too often, we are looking to Black women to save us. Whether it is the calls for Michelle Obama to consider a run for office, “Auntie” Maxine Waters or now Oprah, we look to Black women to save us from ourselves.

Make no mistake, as a Black woman, I can say that the strength and the grit that is embedded in us as the descendants of a people who endured the unspeakable over and over does not make us unqualified; in fact, we are often far more qualified than our white and male counterparts. But the national conscience that demands our service is far too happy to take away our agency. Michelle Obama has explicitly stated that she has no interest in running for office and yet among progressive/liberal whites too often you will hear Michelle’s name bandied around to this day as if they can draft her to the presidency.

Despite the daily challenges we are facing as a nation, this is an exciting moment where we are potentially poised for a true shift where women—women of color and specifically Black women—are positioned to take the reins and potentially make some real systemic change. But rather than exalting Black women who are not asking to be exalted (and perhaps are not much more qualified to hold certain offices than is our current tangerine nightmare-scream), let us look to the Black women who have already entered politics or have been consciously building their resumes to do so and decide how we can support them.

When we try to exalt those who have not asked to be exalted or press them into public service, we need to examine why we are doing so. Yes, Black women have continued to show up and oftentimes as Black women we do hold a mirror to the collective American face to raise awareness or highlight flaws. But we cannot blindly expect Black women to lead us or to save us from the worst in ourselves if they have not explicitly said that they will play that role. And we must stop asking Black women, explicitly or unconsciously, to wear themselves down to save everyone else, whether at the grassroots level or the top offices of the land. Otherwise we risk reducing Black women to tired tropes and continue the dehumanization of them that for too long has been part of the fabric of our nation.

Better that we respect Black women for what they choose to do and embrace them in their work (rather than use them up and spit them out). Better that we provide the same kind of space for Black women as we do white women (and hopefully one day everyone will get the same room as white men) to be encouraged and uplifted to embrace things like political or other public service from early on. Better that we treat Black women as fully human and give them agency rather than cherry-pick from their ranks someone whom we think will magically save us because of celebrity or personality or reputation.