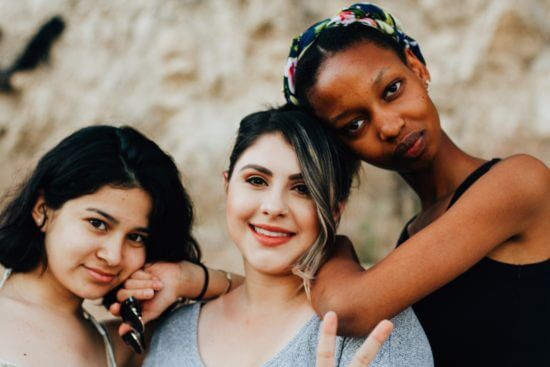 I have a confession to make. Raising non-white children in the whitest state in America is draining. I spent my first 13 years in Maine living in a town so utterly white that my dearly departed mother, who had a chance to visit Maine before her untimely death, referred to it as “Pleasantville” in reference to the film of the same name.

Two years ago when my marriage ended, I relocated to our bustling metropolis (granted, not a metropolis by the standards of most other states, but our most populous and vibrant city nonetheless, and a pretty cool one). Portland is touted as Maine’s most diverse city. Portland public schools are held up for their diversity and the many languages spoken in their schools. On the surface, it does look different from most of Maine. But the truth is that it is an illusion. It’s not real. It’s not real at all and the truth is I am tired of it.

I typically steer clear of discussing my children in this space but today I am going to break my rule because what we are facing is larger than being Black in Maine. It’s what life is like in any racially homogeneous space that is dominated by whiteness. It’s how we can lose our sense of self if we are not vigilant.

Last year, my daughter started middle school. Her school is known nationally for their style of teaching, and it is considered by some to be a good school. However, from the time mini-me entered middle school, our experience has been nothing but lackluster. Not even a week into middle school, my daughter pointed out that all her teachers are white and that the Black kids are Black immigrants from various countries who rarely interact with others groups…including Black kids like her. (My kids are biracial but identify as Black and, honestly, even if they didn’t most of the rest of society would).

A visit to any of the school-related events confirmed what my daughter was seeing: white people running the show and even at the parent level, parents tended to stay grouped together based on race/skin color. Most interaction along racial lines is superficial at best with the occasional interracial friends. Yet this school and most of the parents whose children attend it insist that the school is diverse.

Let me be upfront and just admit that I hate the word diversity; over the years, it has become the catch-all statement used to tokenize people of color. In predominantly white spaces, if we have a few flies in the buttermilk, we call it diverse but we don’t do the deeper work of dismantling whiteness or creating an anti-racist lens (or a truly inclusive and interactive space) because those efforts would require the deeper work of unearthing and restructuring. A commitment to “diversity” however allows us to do the work of adding color without really doing the work of changing anything.

Despite the reality of the “diversity” issue at the school, the co-parent and I were willing to keep the girl child in this school. However, as time went on, her enthusiasm for school waned and by this current school year, it reached code-red status. This isn’t typical tween ambivalence about school. This has become tears and angst in the weekday mornings, at night, fading Friday night and Saturday but beginning again by Sunday afternoon. Pretty much any mention of school was treated like a pending trip to the clink. Regardless of what was going on or which parent she was with, her feelings about school were loud and clear.

We reached our breaking point and brought the situation to the attention of the school, they were flabbergasted. The tween is a stellar student, never gets in trouble and is polite. I won’t bore you with the details but I hit the wall after meeting with all of the kiddo’s teachers and the principal and the tired diversity line being trotted out. As I said in that meeting, I am a Black mother sitting in a room full of white people in charge. I don’t see diversity, I see white people in charge. I am paraphrasing but you get the point.

The thing is, this isn’t just my daughter’s school. This is about how organizations and institutions in Maine and most white spaces approach people of color. POC are recruited or brought in and, in most instances, they won’t be there in a few years. At  one point, Portland had a Black police chief and a Black school superintendent. Neither one stayed longer than three or four years if memory serves correct. In my 15 years in Maine, I have known more than a few talented POC who moved to Maine, only to pull up stakes after a few years. Are people using Maine as a stepping stone to greener pastures? Possibly, but my gut says that it is tiring being one of the only ones. It is tiring never fully relaxing, it is tiring always being on guard. I can mostly say that feeling is what led me to take a job out-of-state.

The goal should never be diversity and tolerance, that is simply not good enough. Just having a mix of people (diversity) doesn’t mean anything fundamentally changes. And tolerance is terrible; I tolerate my annual mammogram but I certain don’t like or look forward to it. Organizations should be dedicated to creating a vision of wellness and an understanding that systemic racism is a barrier to that wellness. This barrier cannot be addressed or eliminated until a critical mass in any given system understands the systemic nature of racism and addresses it as a threat to the health of all members of the system. Any systemic barrier must be addressed within four dimensions:

In other words, we need to be willing to examine our systems and make sure that we are creating spaces that are not upholding the status quo and thus perpetuating the type of harm that too often is a part of being the diversity.

No doubt my words are  harsh but this space and my work puts me in contact with many POC throughout Maine and in other predominantly white spaces and the stories I am privy to are at times heartbreaking. They are also a reminder of how often white people don’t truly see POC as actual people. White people don’t see the real harm that is perpetuated onto POC—sometimes intentionally but sometimes out of sheer ignorance. Regardless, it’s not okay and organizations and schools need to do better.

As for my daughter, the odds are high that she may end up at a private school that, while not diverse, can at least meet her academic needs and is upfront about their diversity or lack thereof. At this point, honesty and intentionality are better than the superficial.

48 thoughts on “Diversity isn’t the goal; we must do better”