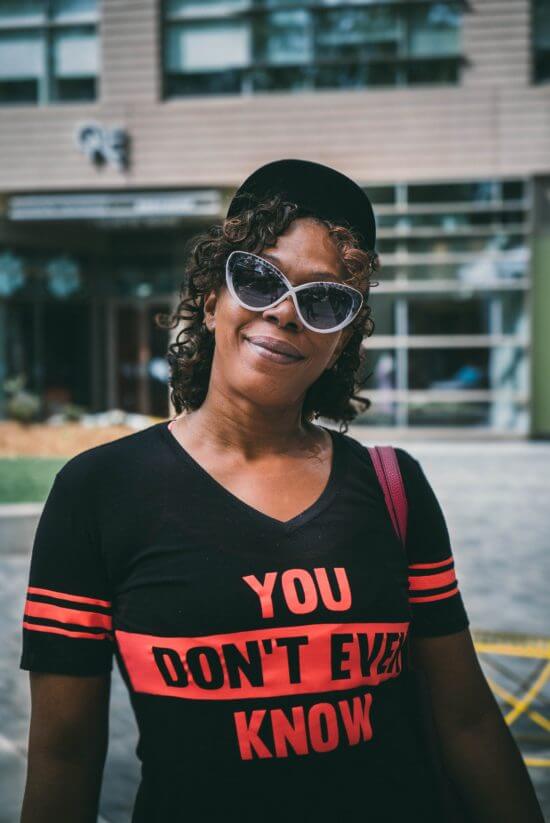 “Everything in this country is about race.”

Even though it’s a cliché at this point, you’ve probably heard that and said to yourself, “Well, not everything.”

Now, look, I’m obviously not going to itemize every single thing that’s racist. But to give you the single best example I can, to give you just a peek at how deep it goes, I’m to talk about something so basic, so omnipresent and so eternal that you would think it couldn’t possibly have anything to do with race.

But first, let me start at the beginning:

How we experience time is relative, but generally, we all have a similar sense of how it passes. Things start of as simple and as time goes on, they become more complex. Seeds, babies, ideas, technology all grow in complexity with the passing of time.

As an individual, being attached to a sense of time allows for growth and advancement and it defines expectations and practicalities. We’re taught this from the moment we learn to stand, as is evidenced by the children’s names and dates marked up and down our door frames.

As it works for the individual, so does it work for the society. In this country, there is a national sense of time to which we also attach ideas of growth and advancement as well as definitions of expectations and practicalities.

OK. Now, I’m going to need any old bigots reading this to get their CPT jokes (CPT is “colored people time” for the uninitiated or those living under rocks) out of the way because I’m about to explain how…

In the United States of America, even time is racist.

That’s right, white people are allowed to experience time in ways that Black people are not.

See, generally, white people experience time much in the way I just described. Things start off simple and become more complex as time passes. Black people, on the other hand, experience time in a much more disjointed and convoluted way.

The opioid crisis is a current example of this. It’s hitting white people hard right now, and the solution that’s been presented is to treat addiction medically. I think that is the proper solution, but that is not how it went with the crack epidemic.

The crack epidemic was killing black people 30+ years before the opioid crisis arrived, and the solution presented was to treat addiction with prison sentences.

The examples are everywhere. Just last week, a video was released showing Mesa, Arizona, police officer Philip Brailsford killing Daniel Shaver, a 26-year-old, unarmed, white man. Already, I am hearing new, white voices speak up that had been previously silent while Black Americans have had to relive the same moment countless times. While this has not played out yet, these new, white voices are much more likely to spark some sort of police reform, as the Black voices from the past remain unheard.

Too abstract? Well, so is time, so let’s keep going.

For white people, an effect of how they experience time is a fondness for the past. I see it constantly and am always puzzled by it, especially when they play that time machine fantasy game. You know the one:

“If you could go back to any era, which one would you pick?”

Professionally, I perform music inspired by Black American folk traditions, so “Wouldn’t it be great to go back to a time when this music was just starting out?” is how I am usually asked.

“Motherfucker, are you out of your goddamn mind?” is how I usually respond.

Would it be great to visit a time in which all white people were allowed to kill all the Black people in a neighborhood and burn the whole thing to the ground just because they felt like it?

No, I do not think that would not be great.

From kids playing cowboys & Indians to adults watching period-piece movies, so much of contemporary white culture tries to exist in the past. But that past is a fantasy in which, like so many real places in the actual past, people of color are just not allowed.

(By the way, seeing American kids playing cowboys & Indians should be just as disturbing as seeing German kids playing Nazis & Jews. But that’s a whole other conversation. But for now, let’s just talk about that cowboy…)

From John Wayne to Johnny Cash, the image of the cowboy is immeasurably important to American culture. The cowboy is America. He hearkens back to a time in which white nobility blanketed the countryside with the pleasant, stoic beauty of a winter’s first dusting of snow.

But there was no such time.

In reality John Wayne was an admitted white supremacist, one in four cowboys were Black and so was Johnny Cash’s first wife.

Black people are essentially erased from history, but it’s so much more than not having your story told, which is bad enough. No, being erased from history means not being allowed into the identity of a nation that would never have, and could not continue, to exist without you.

As a group, an effect of not being tethered to an historic past is that Black people create the cultural future. For example, look at all forms of popular music throughout American history. Blues, jazz, rock, funk, soul, R&B, rap, and yes, even country were created by Black people. Eventually white people catch up to us, at which point we create the next. On and on. This is evidenced by the fact that all of those forms of music are now primarily white. Except rap, but even that is changing in this very moment.

As an individual, an effect of being misplaced in time is that Black expectations and practicalities can be incomprehensible to white people.

For instance, the last presidential election…

Most of the Black people I know thought it would turn out how it did. And most of the white people I know are still baffled. This is because a Black expectation is that racism will continue to run this country, so it would only be practical to think that the loudest racist would win.

Now, I know that some white people still don’t believe that racism was why he won, so let me say this, plainly:

For five years, an obviously stupid man who was a known racist and admitted sexual predator got on TV at every opportunity, pointed to the Black president and talked that same, old, this-nigger-ain’t-from-around-here bullshit. Then, without any policy or experience, the obviously stupid, racist sexual predator attained the presidency by winning the white vote in every single category—including white women.

But, in the end it was the racist institution of the electoral college that gave us our common bigot of a president.

And most of the white people I know continue to be shocked at just how destructive he is. But that’s only because they’ve been living in Black peoples’ past. Black people have known the destruction caused by racist institutions and common bigots for a very long time, and I hate to tell you this, but, while it will certainly get more complex, it is not going to get any better.

Welcome to the future.