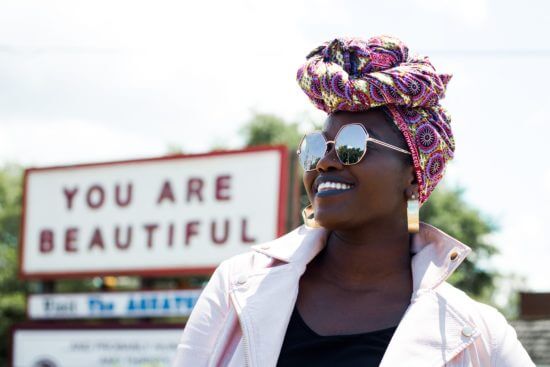 I was brought to Maine to live a better life. Better than what, I’ll never know. I have many feelings about that. My mother gave me away so that I might live up here, among the trees and the ocean and the nice white folk. I am meant to be grateful. I gathered this from spending my childhood being told that I was ungrateful. As though I had a say in being born.

When I was in kindergarten kids used to tell me: I was Black. I knew my colors quite well (having had the opportunity to acquaint myself with all 98 Crayola crayon colors in the crayon box). I was very confident that my skin was brown and not black. I decided to do a demonstration. Pulling a black crayon and a brown crayon from the 98-color Crayola crayon box, I held each up to my skin. I would ask my classmates which color best matched my skin? They would point. I would then ask them to read the color of the crayon. Guess which one matched best? They still told me I was Black.

I am from a small town. Thirty minutes north of where I live now. A town of subtle racism.

You know I used to argue with people about the color of my eyes? My eyes which I stared at each morning, and again each night. I memorized the shades in them, the size of my pupils as they dilated. People said they were black. My hair too. I studied each strand and was certain, they were brown. I told people as much. People being classmates, friends, family. All white. All so sure I was black to the core. I suppose they were right.

In middle school I was finally able to get extensions in my hair. I was so excited. Finally, my hair (which I had no idea how to manage, and my white mother even less so) would be beautiful. Finally, I would be beautiful. My braided bliss endured for the car ride home. After that, my brothers laughed and called it horsehair. They took that taunt to bus and it followed me through to high school.

I played the violin and piano, sang, did drama, competed in track and field. I listened to Whitney Houston, Amy Grant, Jewel, Usher, and American Idol covers. I watched Star Trek Voyager, The Lost World, Sister Act (I & II). I was not allowed to listen to rap music or watch R-rated movies. I was raised by a white family, in a white town, in a white state.

Like they were the ones who lived in a house where everyone looked the same, except for them. Went to school every day taught by people who did not look like them. Had to learn that the only thing worth knowing about people whose skin is dark, is that we were were enslaved. Robbed. Slaughtered.

Look. I love my Black. I have always loved it. I just didn’t know it until now. Wasn’t allowed to know it until now. When I gave myself permission. Growing up, I let people shrink me. Allowed them to define what my blackness was. Gave them permission to judge what I am worth. We live in a world that is burning. In a state which is continually shrinking its brightest stars.

I met a kid last night. Their hair was kinky and curly and beautiful. They told me ‘I like your hair!’ I said, ‘Thanks! I like yours too!’ Then they said, ‘Thanks! It’s really curly. But if I put it in a bun before I go to bed it’s straight.’

It wasn’t until later that their meaning sank in. I love my Black. I want our kids to love theirs too. Please, stop shrinking us.