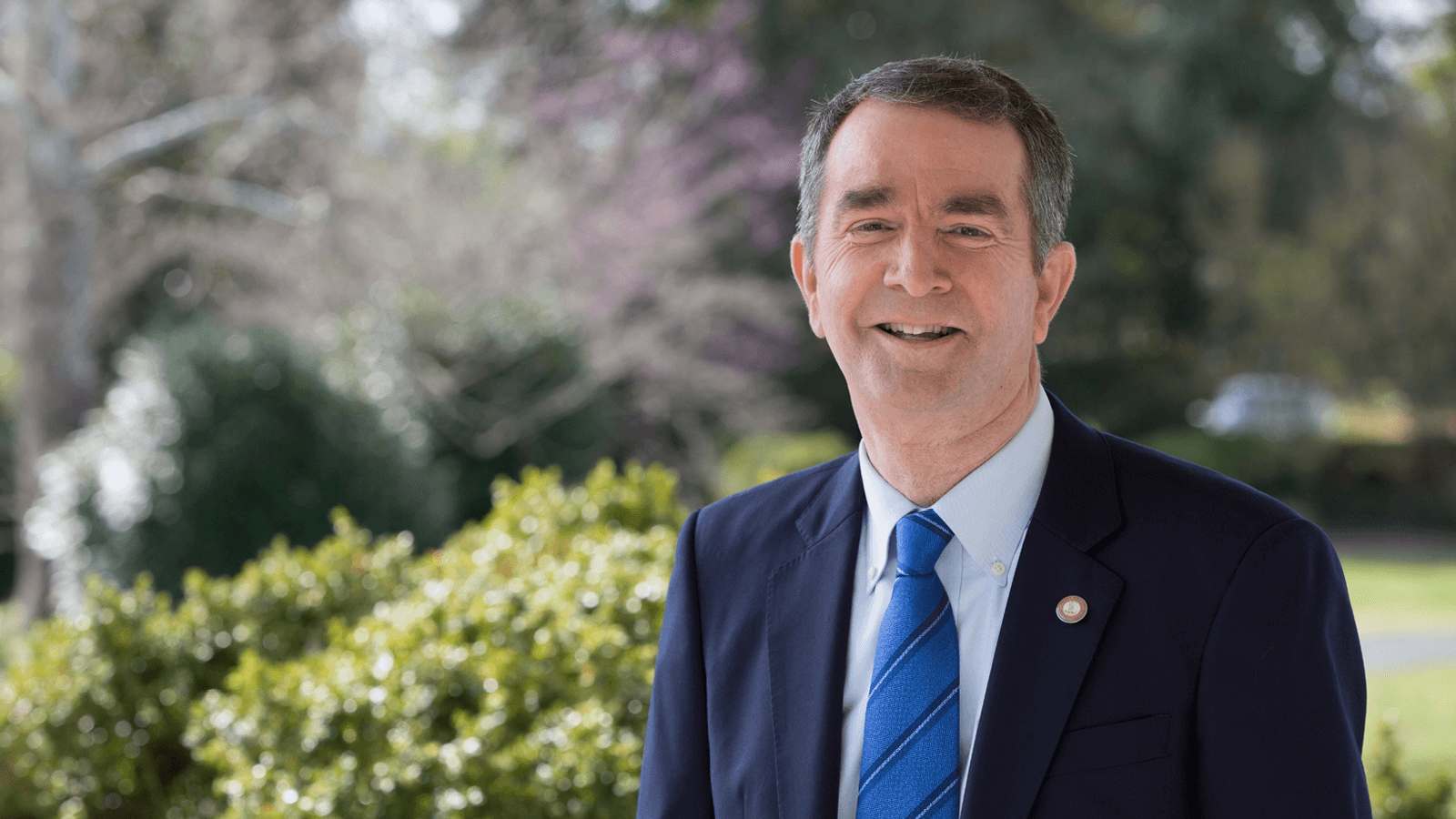 On Saturday afternoon Pam Northam denied this country—and perhaps the world—an opportunity that it may never see again… But let’s start on Friday.

In case you didn’t know, there is a diversionary and stalling tactic used by politicians called the “Friday news dump.” Basically, if there is unfavorable news that will inevitably come out, politicians will release it on Friday afternoon in hopes that it will either get lost or become irrelevant by Monday.

On this past Friday afternoon, a yearbook photo of two men in costume was released to the press. One of the costumes was KKK robes, the other was blackface and one of the men was said to be Virginia Governor Ralph Northam. Now, keep in mind, this was a medical school yearbook, so Northam would’ve been 25 years old at the time.

Again, normally what happens when this sort of thing drops on a Friday is that it would grab a couple headlines and capture the fancy of a couple talking heads. Then over the weekend 45 would get caught sweet talking a Vladimir Putin real doll or trying to kick the nuclear football and come Monday the pundits would’ve forgotten all about it. If Northam would’ve laid low for a couple of months Virginia would’ve forgotten about it, too. But Northam didn’t lay low. Instead, he did the right thing. He owned it.

“I am deeply sorry for the decision I made to appear as I did in this photo and for the hurt that decision caused then and now. This behavior is not in keeping with who I am today and the values I have fought for throughout my career in the military, in medicine, and in public service. But I want to be clear, I understand how this decision shakes Virginians’ faith in that commitment.”

Exactly right. This is what we need to expect from not only our leaders, but ourselves. If we ever expect to actually be one nation representing one citizenry, then we need to fearlessly hold ourselves accountable and that accountability needs to be second nature for our leaders. Good for Gov. Ralph Northam.

And then Saturday came. And it came in hot.

Northam held a press conference and it was just so weird. First of all, he took back his admission, claiming that he actually wasn’t in the photo. So, you know, say goodbye to any public worth he may have ever had, but it didn’t stop there. Nope, then Northam admitted to having worn blackface before, but said it was for a Michael Jackson impression he did for a competition that he won because he can moonwalk. Yeah. Now, personally, I don’t know how many times you gotta wear blackface in front of a camera in order to get confused about which particular instance is being spoken about at any particular time, but however many that is, apparently, Northam got there. Congrats on winning that minstrel contest, though!

At one point, he started explaining that he’d already apologized to his Black “close friend” (who had also been his assistant) about the whole thing, saying, “And I said, ‘You know what, Seth, I appreciate you being open with me. I apologize for what I’ve done in the past. And I can promise you I’ll never do that again in the future.’”

The implication seemed to be that “Seth” our democratically elected POB (Pope of Blackness) had already officially absolved Ralph of his sins and that the press conference was just a kindness he was paying the rest of us for the sake of formality.

Honestly, the press conference was just too crazy to completely cover here. There are some pretty great summaries out there, but I want to draw focus to one particular moment.

A reporter brings up that dance contest again and asks Northam if he is still able to moonwalk. Northam starts nodding and looking around for an open space on the floor. Then he sees one, continues to nod, begins to smile, turns back to the reporter and…

And then Pam Northam denied this country—and perhaps the world—an opportunity that it may never see again. As her husband, the actual elected governor of the Commonwealth of Virginia, is nodding and smiling, seeming to be in actual contemplation of stepping from behind the podium into the open and moonwalkable space on the floor, Pam Northam says, “Inappropriate circumstances.” This prompts Ralph to turn back to the reporter, put his hand on his wife’s shoulder and say, “My wife says ‘Inappropriate circumstances’.”

This really happened. It’s truly an incredible moment by itself, but imagine that Pam was there in simple solidarity with Ralph instead of as his much-needed handler. Imagine that she had not interrupted her husband. Imagine that the desperation Gov. Northam felt in that moment drove him from the podium into that open and moonwalkable space. Now imagine that he moonwalked—not the actual moonwalk, but that dumb, shitty thing that old, white dads do at weddings or at home in their socks.

Imagine him scooting backward, half hunched over, slow-flapping his arms in time with his legs and craning his neck forward and back all the while smiling like the doofus he’d spent the last hour proving himself to be.

Can you see it? Now imagine what the country would be able to see at that moment. Imagine the act of watching this absolute fool debase himself increasingly with each step became a sort of national mirror that we could no longer avoid seeing ourselves in. Imagine millions of faces lit up by their phones as they watch Gov. Ralph Northam demean himself and the rest of us into understanding that hatred is not the only motivator for harm. That, while the president and his ilk are deliberate in their actions against women and minorities, in fact it is convenience that motivates the most harm. While hatred certainly created slavery and Jim Crow and redlining, convenience allowed for them to continue. Convenience allows for continued segregation of all types. Convenience allows for freedom fighters’ legacies to be whitewashed into passivity and presidents to be appointed without the will of the people.

Imagine the sudden, nationwide realization of the evils of this kind of convenience and the change that could come by the sudden rejection of a system that only offers that convenience to some! That realization is the opportunity lost to us by Pam Northam.

Or not. I don’t know. National reckonings are rarely that nuanced, I guess. Anyway, the point is more figuratively than literally it’ll be nice to see him moonwalk his way right out of office. And the good news is that whether Northam is forced out or steps down, this is who will so poetically replace him as governor.

2 thoughts on “The gubernatorial moonwalk that could have been…”