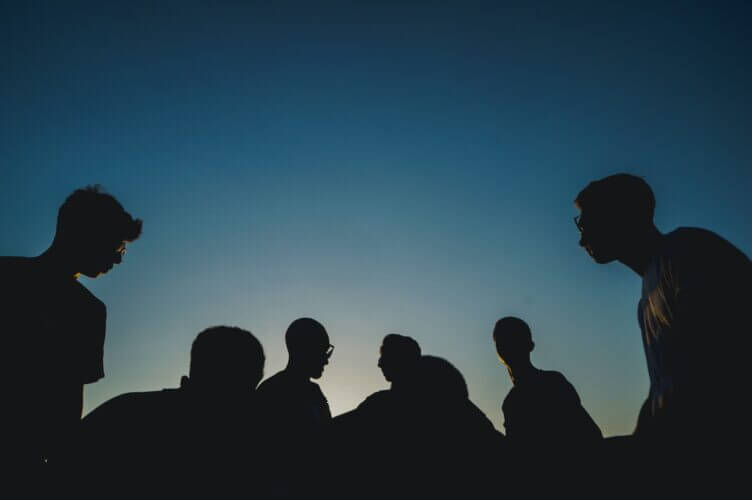 The hardest thing about being young is that people don’t listen to you, especially when you are a kid or a human under the age of 18. For some reason, the adults forget what the early years of life are like.

At the age of 49, I find myself in a strange place. I am no longer the youngest person in the room; increasingly, I am the oldest person. In my day job, I am the oldest person on my staff, and the members of our current board of directors are all younger than me. I am essentially surrounded by millennials and Gen Z peeps and, as an occasionally cranky ole Gen X-er, that ain’t a bad thing.

I find that by being surrounded by younger people, it keeps me from getting too set in my ways. There are definitely moments when being the oldest person in the room is hard and at times I find myself in conversations where I am playing catch up—and thinking: What kind of millenial/Gen Z woo-woo is this? Those moments pass, though, and I lean in and learn.

I was thinking about the willingness to listen to younger people this week, as our local paper has reported in recent weeks on multiple middle schools in the area having student-led protests. The primary complaint is that teachers and administrators are not treating Black and brown students fairly; students of color are saying that they feel they are receiving racist treatment. Of course, the adults are pushing back, though Portland Public Schools superintendent Xavier Botana has come out saying there are data supporting the students’ claims—including the fact that students of color, particularly Black students, are more likely to be suspended. In Portland, Black students make up 30% of the middle school population, but accounted for 47% of the school suspensions.

If you are surprised, you aren’t paying attention.

The thing is that as a Black adult, who was once a Black child and a Black teenager, you learn racism in this country, just like you learn your name. You know. You don’t need an anti-racism book or workshop to learn this. As soon as you leave the cozy confines of home as a Black kid in America and enter the school system, you start working towards your eventual Ph.D. in Blackness, Racism, and Survival.

I started kindergarten in 1978 and I still remember being seated in the back of the class and how I didn’t get treated like the white kids. Particularly, the pretty blonde little girls. I still vividly remember traveling through all the grades without the language or the courage to say I was being treated differently. But I knew it. I knew it in my bones; felt it in my soul. But without encouragement or language, I was powerless to do anything.

In high school, no one in charge at my high school questioned why a kid who had astronomical test scores and had been placed in honors classes stopped attending school. Instead, I was just sent to the truant officer—who was, in fact, one of the few Black folks in a position of power back in my high school in the late 1980s. A Black man whose persona was shuck and jive.

No one bothered to learn that my father had been diagnosed with throat cancer, and given less than a year to live, and that my mother who had previously been a stay-at-home mom had to become the breadwinner/caretaker and primary parent.

No one knew that we had no working phone service for large chunks of my high school career, because money was too tight. No one knew that I skipped class and smoked weed to forget the pain of my home life and the feeling of being the awkward Black duck who would never be asked for a date but who, by 16, learned that being “pretty for a Black girl” meant there was a never-ending supply of popular white boys who would happily do things in private with you while ignoring you in public.

By my junior year, I pretty much stopped attending school on a regular basis, and thanks to learning how to forge my mother’s signature perfectly, my parents remained utterly clueless. Since, back in the 1980s and early 1990s, it wasn’t hard to intercept the mail and even create a reasonable facsimile of my report card that did not show the D’s and F’s.

By the time my parents were aware of just how badly I was doing in school, I was months away from turning 18, and working, and my first adult decision at 18 was to drop out of school. No one followed up and I was just another sad statistic on Black students in the Chicago Public Schools. A dropout who would eventually become a teenage mother, two weeks after turning 19.

Obviously, my story didn’t end with being another unfortunate Black statistic, as I did eventually return to school, and after a few stints at Harry S. Truman Community College, I transferred into a four-year university and eventually earned a bachelor’s degree and later a master’s degree. I had even toyed with the idea of doctoral programs, but unlike my baby brother, the good Dr. Stewart, I am good with two degrees.

For a kid who dropped out of high school, I haven’t done too bad in life. But I often wonder, what would my life look like if racism had not been present in my early schooling days? What if someone had noticed what was going on in high school? What if my indoctrination into public schooling had not resulted in internalized racism that I have spent a lifetime working out? What if I had grown up in an era where there was language and the ability to speak out?

Maybe I would be more than a twice-divorced middle-aged woman writing a blog and running a small and struggling non-profit.

What I do know is that today’s youth are passionate, empowered, and so brave. Unlike earlier generations, these kids aren’t regularly numbing themselves with drugs and alcohol like previous generations. Technology has given them a larger view of the world and they are using these tools as part of their change process. Just a few days ago, I came across a video on Instagram of local students questioning their principal. Sure, they were a bit energetic and no doubt breaking the norms of whiteness, but the principal seemed more concerned that they were being loud and recording the exchange than addressing their concerns. He was more concerned with the appearance of order than listening to these Black and brown students and building a culture of support.

Like many systems, our local school system is committed to “equity” but fails to understand that unless there is a dismantling of whiteness within their systems, what they are really working toward is diverse assimilation with a side of politeness. One of the major failings of institutional equity work is that it is nothing more than a surface change, it still upholds harmful systems and centers systems of whiteness. It’s why the “rowdy” Black and brown kids are easy targets. It’s why the white principal is more concerned with the appearance of order than hearing young people plead to be affirmed in their humanity.

When a school system has a problem with race, why not center the voices of those most impacted? What good is the Portland Promise, the school system’s strategic plan for rooting out systemic inequities, when the actual students are feeling targeted and unheard?

I don’t have a horse in the race, as I pulled my kiddo out of the local system because I felt that it was not a healthy place for her. I will say this: I stand with these brave middle schoolers who are making their voices heard. I hope that the adults in charge might take a moment to listen and learn from these young people. Sometimes, the messages we need to hear don’t come in the package we expect but that doesn’t make the message any less valuable.

School districts and organizations will spend money to bring in diversity, equity and inclusion experts who can provide data and “concrete” steps, when so much of what really needs to be done starts with relational building within their spheres.  Stay strong, young people, and know that some of us older people are eager to hear your voices. Don’t be afraid to make a ruckus. Change is not neat and tidy. Change requires a willingness to disrupt the status quo. Our young people are going to eventually inherit a world that older generations let go to pot, and their long-term survival is going to require pushing the limits, because sadly too many in the older generations became complacent and stopped pushing the limits.

Image by Papaioannou Kostas via Unsplash.