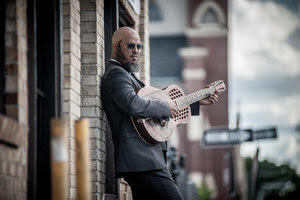 As a white person discussing race, sometimes you are confronted with a Black person who does not want to explain to you why something is racist. The reason you need this explanation is because you probably don’t have any Black friends. Not definitely, but probably. It’s just how numbers work. It’s also how segregation works, but sometimes it’s also because of you. You may have said something stupid and didn’t know any better because you don’t have any Black friends…

It’s a vicious circle and, really, you need a Black friend. So just for this blog post, even though we’ve never met, I am going to be your Black friend.

Now that we’re friends, I think it’s time for some tough love.

A lot of times it just isn’t worth trying to explain racism to you. For me, there are three reasons.

Remember that time your friend/parent/significant other/coworker/complete stranger was mad at you and no one else could tell? Of course you do. You know that experience very well, but when it comes to race, you’re not willing to allow another person that knowledge of experience. I think it’s important to ask yourself why that is. If your answer is #notallwhitepeople then this list probably isn’t long enough for you.

Oftentimes, if we get to the point where you acknowledge our experiences, the very next thing you say is, “I’m sure they didn’t mean it like that.” Not only is this still saying we don’t understand our experiences, it also means…

There are some dudes in the KKK who don’t hate Black people. Really. It’s just that they live in a rural place with nothing much to do and their cousin is a member and setting things on fire is fun. Their intent may be nothing more than to hang out with the boys on the weekend, but I’ll tell you what. If those boys show up at 3 a.m. burning a cross on my lawn, and you think it’s a good idea to investigate their individual intents, well, again, you’re going to need a longer list than this one.

I told you this was going to be tough love.

That makes this whole thing so difficult because…

3: So much is about your feelings! Just this week I watched two white guys talk about how much it sucks to be assumed a villain just because you’re a white guy. Yes. That actually happened. Right in front of me.

Look, having your feelings hurt does suck, no matter who you are. I’m not going to deny that, but as a Black person, I wish we could get to a place where anything was about my feelings. That would be incredible. I would genuinely love that. Unfortunately, while hurt feelings may be the result of being stereotyped as a white man, as a Black man, being stereotyped, all too often, means I die.

The point is it’s difficult for me to hear your complaints from inside this coffin.

Then I’ll tell you the secret to holding onto this friendship as well as forging others:

If your friends say they’re suffering, trust them and ask what you can do to help.