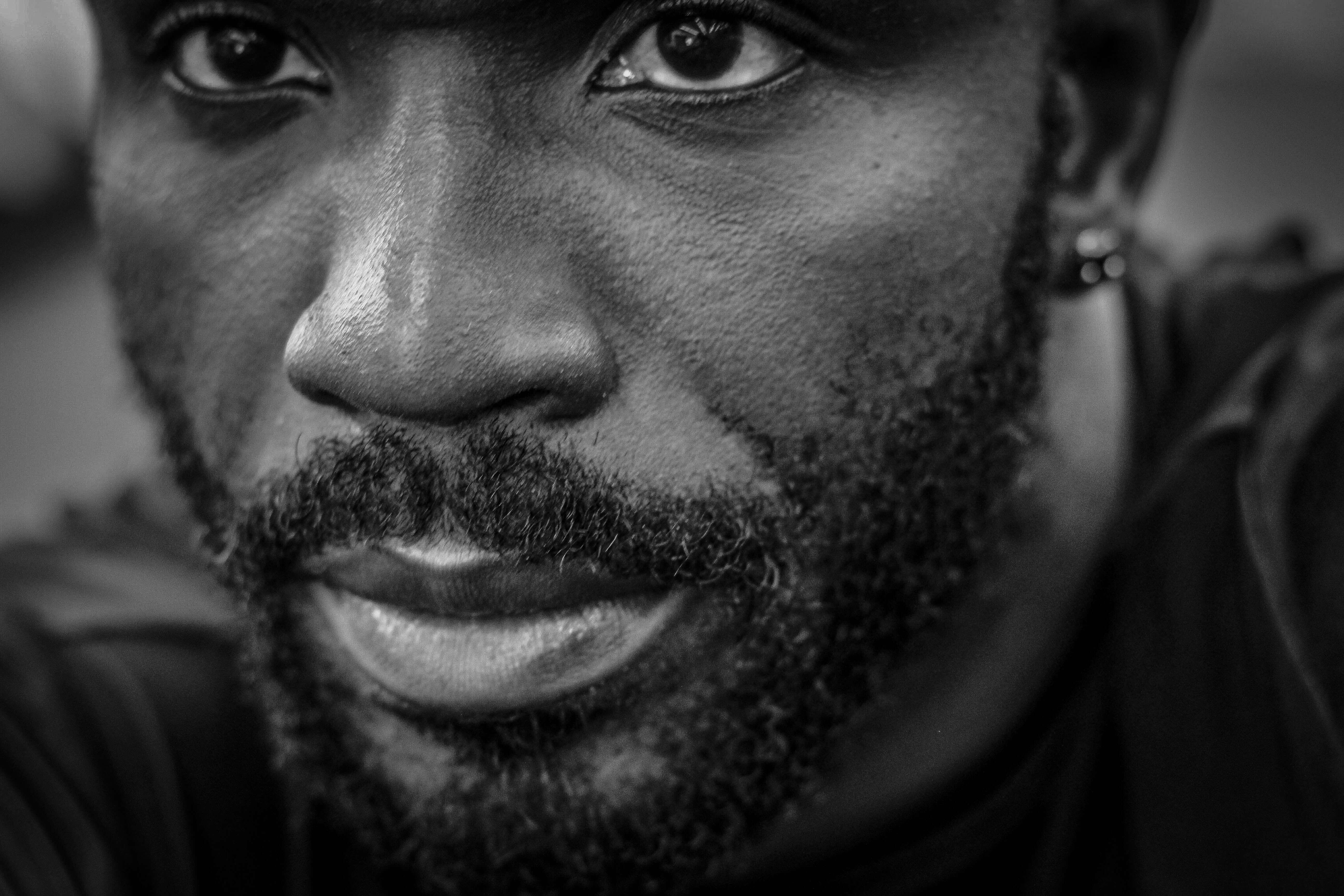 [Just as a reminder that I’m a white person writing mostly to white people about working through and dismantling our racism toward people of color, particularly Black people, see my first BGIM post here for some background – Heather Denkmire]

There’s shyness. There’s social anxiety that trips us up when we encounter people. And then there’s racism, subtle but powerful, that makes us unable to simply look at a Black person without seeming creepy, dismissive or utterly awkward.

I’ve talked to a lot of white peers about this tendency we have. How we’ll be going along being normal and a Black person enters the sphere of our awareness and suddenly we feel awkward and kind of weirdly giddy, like, “oh oh oh here’s an opportunity to be a good white person!” A lot of that probably comes from a sincere desire to be good—but often it’s also overcompensation for our race-based presumptions—but even with good intent, all it does is make the interaction awkward and uncomfortable for everyone involved.

I’ve known I do this for decades. I’ve known that part of it was because I simply didn’t have a lot of experience being around Black people. On the other hand, I don’t have a lot of experience being around people who speak French, people with freckles, or people with spiked fluorescent hair, and none of those situations turn me into a gibbering fool. What was going on?

I looked at my past. Almost every area of my life has been almost entirely made up of white people. My high school had some Black students, but as far as I know, they were all “bussed in” from Hartford and, therefore (I thought), seemed so foreign. I began looking back at that. Why didn’t I know any of those students well?

I remember walking through the hallways and being aware there was a big group of Black students, maybe some of them were in a circle? There was a lot of loudness and laughter. There was maybe sometimes even dancing? Is that possible? (Yes, it’s possible.) My memory of it was so vague because, as I’ve discovered, my whole life was fed by the need to try to not notice race. I needed to not see that someone was Black because…why? Why did I need to not see it?

As it turns out I did think that Black people weren’t the same as white people. I thought Black people were different in ways that made them less sophisticated, less intelligent, and less worthy of respect. There was a loudness and a physical expressiveness, in the periphery of my life that I didn’t understand and was too scared to look into.

So, I mostly looked away when Black people were near me. I knew I’d feel uncomfortable, though I didn’t know why, so I avoided that discomfort.

It was much later in life that I would start to feel bad enough about these thoughts to not simply ignore them or try to stuff them down and instead to ask hard questions of myself, as I think almost all white people need to do. Did I really think they were (all!) not as intelligent as white people? Did I think Black people were less than human? Did I really believe their actions and the things they liked were so different from my own?

There are many studies showing that implicit bias http://www.bbc.com/news/magazine-40124781 affects people when it comes to racism. It’s been my experience that the implicit bias comes from an underlying belief that Black people aren’t as human as white people. This leads us to spend loads and loads of cognitive energy avoiding discomfort, avoiding situations where we might have to notice these disgusting beliefs.

But it’s possible to shed those beliefs and even not just look Black people or other people of color in the eye like anyone else—and to speak coherently around them without babbling—but also to move past the inability to talk about racism itself. I’ve made noticeable progress on that, many other white people have done the same, and almost all of us need to do more (and most still need to begin the process).

One of things I did to start normalizing blackness (rather than thinking only whiteness was the baseline norm) was to start looking at Black people. Not staring at them or anything like that but actually seeing them as individual humans. When I first started doing it, I felt many uncomfortable feelings, especially because I’d never done it before. Most recently, starting a couple years ago, I searched the tag #BlackOutDay tag on Twitter (More about Blackout Day here) and then other hashtags like #blackexcellence and #blackmensmiling and more. I didn’t have to feel awkward or nervous, because all of the photos were people who wanted to share their faces and their blackness. I felt a little uncomfortable at times, wondering if I was “using” them almost like they were an exhibit in a museum, but that was only at the start, in part because doing that was only meant as a start to stop seeing blackness as exotic or alien. To see Black people in all their humanity and difference.

The end result for me over the years—and I hope for you as well if you are having difficulty just looking at Black people like you would a white person, much less interacting with them on some level, if only to say “good morning”—is that I am so much better at being around Black people without feeling a need to do something that will prove I’m a “good white person.” Walking through the grocery store, I’m able to do the quick-face-scan I’d do with anyone—most of us avert our eyes, of course, with most strangers, but with Black people there was a sort of ‘double aversion” that I’ve mostly shed now.  that’s gone away for me, for the most part. I can’t say that I’m totally free of the awkward meeting of eyes and tight-lipped smile followed by looking away quickly, but it’s less a problem now.

More a connection of two humans, however fleeting, and less a thought about being two separate beings with nothing in common and relegated to segregated worlds.

Photo by Yamon Figurs on Unsplash