TODAY’S EPISODE: No, You Shouldn’t Say That Word. Ever. Just Don’t

I can’t remember if I’ve talked about this before, but even if I have, it’s probably time to repeat myself: No, as a white person, you cannot use the N-word.

I mean, you can. You could choose to do it. But you’re not allowed to. Just accept that, please. There’s no good reason to. There is almost never a reason to. No matter how “neutral” or “academic” the context, just don’t do it.

My kid tells me periodically not to use slurs, even when I’m not using them to slur anyone. She doesn’t want to hear them, even in a “neutral” sense to explain something or to talk about derogatory acts and the distastefulness of them. So, I’ve been told not to use the “R-word” even when decrying people who make fun of people with learning disabilities and the like. I’ve been told not to use the “F-word” when calling out homophobes for their verbal abuses or explaining the questionable nature of certain Eminem lyrics. And so on. Though oddly, she seems entirely unbothered by the “C-word” with regard to women and would have no problem if I spoke it, even though I think it’s a bomb that should not be dropped near any woman.

And I’m working on this for my kid’s sake and to be hopefully a better person who doesn’t take words lightly out of my own privilege. But no one needs to tell me that I just shouldn’t say the N-word. Because there is never any confusion about what we’re all referring to.

Someone might be confused by “Don’t use the R-word.” They might think the person means “rape” and doesn’t want to be triggered.

When my kid has referred to the “F-word” I usually think she’s talking about “fuck” which she’s never had a problem with, only to find out we’re talking about the slur for gay people.

So, there certainly is a case to be made that certain slurs might need to be written or spoken at least briefly for context. I’m not arguing one way or the other; just saying there’s one that could be made so that we all know what we’re talking about.

But I have yet to meet anyone of an age to have a solid grasp on the English language (you know, mid  to late grade school) who doesn’t know what the N-word is. Even though most of us white people won’t speak it publicly, it is ubiquitous enough in history, culture, movies, and so on that we know what it is. We are nowhere near a post-racial world in which anyone will be confused.

And even though most racists know better than to use the full actual N-word in front of anyone but other racists with no one else to hear, I feel I need to have this discussion right here with y’all (none of whom, I hope, are proud racists) because there are a fair number of you who probably really want to use the word—even if you like Black people and believe in systemic racism and the poisonous nature of white supremacy.

It’s the forbidden fruit. We’re not supposed to say it, and as a result many of us want to find “innocent” reasons to use it. Or we want to be able to use it in a more collegial and non-threatening fashion like many Black people do with each other. Because it’s pretty much the only word I can think of in the English language that white people have been told not to ever say, and so it becomes tempting.

Because the N-word was created for one reason and one reason only when it comes to white people using it: For white people to demean, degrade, and dehumanize Black people. It was designed to refer to a group of humans that white people kidnapped from their country, enslaved, bred like cattle, and bought and sold like appliances or tools. Black people were considered chattel and the N-word was used to remind them of that. It is a word loaded with so much hatred, disregard, bile, loathing, and disrespect that I can think of no other word that comes close to being as nasty. It is tied to the horrendous treatment of Black people during slavery and continued to be used during the Reconstruction, Jim Crow times, the Civil Rights Era and on into today to keep reminding Black people that in the opinion of far too many white people, they aren’t really humans in this society.

The N-word, perhaps fittingly enough given the letter “N,” is the nuclear option of words. Don’t launch it.

Also, aside from not letting yourself be tempted to say the N-word, don’t fall into that trap of complaining that Black people shouldn’t be able to use it either—that if it’s so bad, it shouldn’t be said by anyone. And to those of you who might make that argument and might also not like the counterargument that it is the right of a slurred group to reclaim a slur for themselves and use it as they see fit among themselves—well, I would say that isn’t your call to make. Let that be between Black people.

And again, it sure doesn’t mean that you can do it yourself, even among Black friends. Just because I might call my girlfriend “Babe” doesn’t mean you can “Hey, Babe” her yourself. And the same goes 1,000 times more when it comes to the N-word used among Black people vs. spoken by white people. 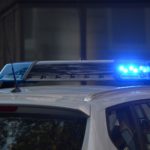 Empathy for the killer, no justice for the victims

1 thought on “Calling All White People, Part 56: The N-word and You”