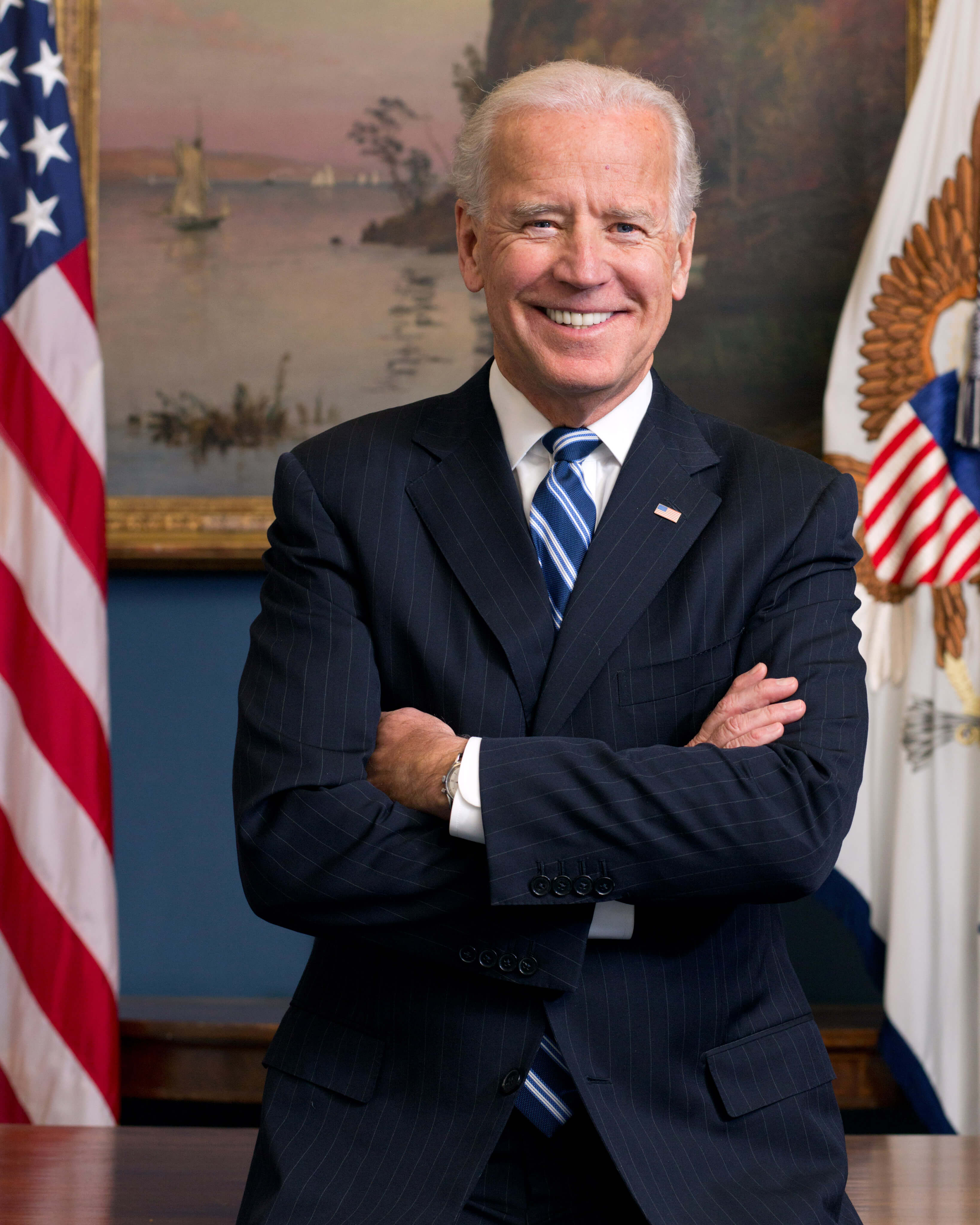 Watching him ride the wave of white supremacy into the White House was shocking at every moment. Even after it became obvious he was going to win. And every single day since the 2016 election I cringe at the thought of him and everything he represents. Really. At least once a day I literally cringe at the realization that, to many of my fellow Americans, all that really matters is their whiteness. They just want to feel like they’re on top of something, regardless of where the actual truth reveals them to be.

Late last year, right when I thought I could spot every kind of American white supremacy from a mile away, that ol’ white phantom snuck up on me again. There we were, enjoying the most diverse selection of democratic presidential candidates the country had ever seen! The future looked so bright! And that’s when the phantom whispered into the air, “But who’s really electable?” And just like that, as if watching hope wither in real time, we saw one by one the most diverse selection of democratic presidential candidates began to lose support. Then they began dropping out.

First Harris, then Castro, then Booker, Yang, Buttegeig, Klobuchar and then Warren. That is, as soon as electability became the chief concern, major candidates lost support and left the race in the reverse social order of the moment. First the Black woman. Then the Latinx man. Then the Black man. Then the Asian man. Then the gay white man. Then the white women until all you had to choose from was two old white men. But wait just a minute! One of them is Jewish. And here we are with Biden.

Now, am I saying that a lack of support for Booker, Warren or Bernie automatically makes you a racist, misogynist or anti-Semite? Of course not. What I am saying is, if your reason for voting for Biden was electability, then you’ve needlessly allowed the most destructive voices in America to influence your opinion.

Incumbents are notoriously difficult to beat. Republicans’ odds also go up when fewer voters turn out and right now massive voter disenfranchisement abounds. The incumbent has shown you every single day of his presidency that it doesn’t matter what criminal activities he’s involved in, how generally offensive he is, how objectively stupid he is, or how much you personally hate him. Because so far there has been no mechanism within our political system that can hold him accountable. Combine that with the fact that whatever strategy Biden’s team had been building for years is now gone. COVID-19 has changed all of that and now his team will have to strategize in a completely new world. They’re not just following a map to a place they’ve never been. There is no map. And to top it all off they are doing all of this for a politician with an incredibly long and consistent career of having been on the wrong side of every important issue of the day, an equally long history of plagiarism and poorly told lies on tape and an even longer history of unstable arrogance. All of this during deafening public discussions of sexual assault allegations and steady cognitive decline.

I’m going to be honest with you and you’re not going to like it. I sure as hell don’t like it. November is a long way off, but if the election were held tomorrow, I don’t vote for Biden. I just leave that box blank because I don’t see the point. Yes, I know people are worried about the Supreme Court and the possibility of RBG being replaced with another Kavanaugh. But Biden can’t be counted on to save the court because he’s already done such damage to it. He had his say in replacing a liberal minority activist justice and we ended up with the previous generation’s Kavanaugh. That’s how Thurgood Marshall’s seat went to Clarence Thomas, which, in many ways cleared the way for Kavanaugh. And that’s not even getting into Biden’s personal treatment of Anita Hill.

Of course, I want to believe that he’s changed or at the very least put together a team of advisors who will wisely guide him. But Biden shows no signs of change and he doesn’t listen to advisors. During his 1988 presidential campaign Biden continuously lied about participating in the civil rights movement. His advisors knew that he never marched a day in his life and repeatedly told him to stop lying. He agreed, but continued to repeat the lie over and over and over again anyway. Eventually all the lies sunk his 1988 campaign, but now here we are in 2020 and he’s telling those same disgusting lies again. I don’t know for certain that his advisors are telling him not to, but I can only expect that they are.

I know this country needs protection from the republican shift to fascism, but Biden won’t protect us from that either. I know that because we all just witnessed it in real time. The entire world watched in horror as republicans forced the Wisconsin primaries to happen amid the continuing COVID-19 pandemic. Obviously, this will result in peoples’ deaths and so not only democrats, but politicians and pundits and scientists and citizens around the world spoke out against it. Not Joe Biden, though. Even though he was well ahead in the polls and well ahead in delegates, Biden was perfectly fine with republicans putting millions of lives at risk and causing an unknowable amount of certain deaths.

Biden’s own fascist tendencies are frightening as well. Not only does he endlessly brag about writing the goddamn Patriot Act and frequently lie about his Iraq War stance, but the sole reason we have email encryption is because Joe Biden himself was so terrifying.

On a good day Biden is either a self-aggrandizing liar with the style and frequency to rival our current president or a Susan-Collins-type liar doing everything in his power to help republicans and voting against them when his vote no longer counts. On a bad day, he’s a belligerent, irrational, indignant, accused rapist who is such a milquetoast even his most enthusiastic supporters can’t make a case for him without mentioning the current president or the previous one.

And even those mentions are disingenuous. Biden’s Black BFF is not that at all. Obama is Biden’s former boss—a former boss who waited almost an entire week after there were literally no other remaining applicants before recommending Biden for a job. Combine that with the timing of Obama’s endorsement of Hillary in 2016—over a month before Bernie dropped out—and the fact that Obama pushed Biden not to run in 2016 and a different kind of relationship emerges.

As far as comparing Biden to the current president goes, it is honestly shocking to me that two men anywhere could be so similar, let alone two men who are supposed to be on opposite sides.

I know some of you are mad at this. I’m sure someone is calling me a Russian bot right now, but like I said, November is a long way off. I’m not immovable. Hell, the right VP pick could turn me right around.

The thing is, while all of those new voters can see Biden and most of the things I’ve already mentioned, they can also see his supporters and they’re not very convincing either.

They yell out desperate nonsense phrases like “vote blue no matter who” willfully vocalizing the same intention to blindly fall in line they’ve spent the last four years lambasting republicans over. They would have you vote for Biden even if he shot someone on 5th Avenue.

They brag about Biden having the most progressive platform of any democratic nominee ever. While meaning much more of candidates who aren’t outrageously habitual public liars, this has been said of every democratic nominee—and half the republicans for a lifetime. It’s like a car manufacturer bragging that their recent models now come with brand new tires!

Some complain endlessly about a “post-fact world” while ignoring the most obvious facts of their own candidate.

Bernie supporters just spent the last four years getting blamed for Hillary’s loss even though more of them turned out for her in 2016 than her supporters did for Obama in 2008.

My personal favorite Biden bro pitch is saying that not voting for the president is an act of privilege. Really, I just can’t think of any attitude more privileged than the one assuming there’s a solution for every problem. Sometimes there’s only pain and the hope of enough time for it to fade.

Luckily, we’re not there yet!

Right now, there’s a pretty good chance replacing a weird senile serial liar riding a wave of white supremacy with another weird senile serial liar riding a different wave of white supremacy isn’t going to inspire a lot of new voters. Especially when the replacement has already done or is currently doing many of the things they fear from the other guy. But again, November is a long way off. Either way, in the meantime there are many things you can do to make this a better country regardless of Biden’s success or failure.

For instance, donating your time and money to FairVote can help make our electoral systems more representative and inclusive. Also, and I say this a lot, but none of what you want for this country is possible without control of the senate. So, pick a democratic senate candidate running against a republican incumbent and volunteer. Make calls for them, write emails, send texts, give them your money. Sara Gideon running against Susan Collins in Maine and Amy McGrath running against Mitch McConnell in Kentucky are my favorites right now. But no matter what, any change you want for this country is going to take you doing more than just showing up in November. Check out SwingLeft for more ideas and information.