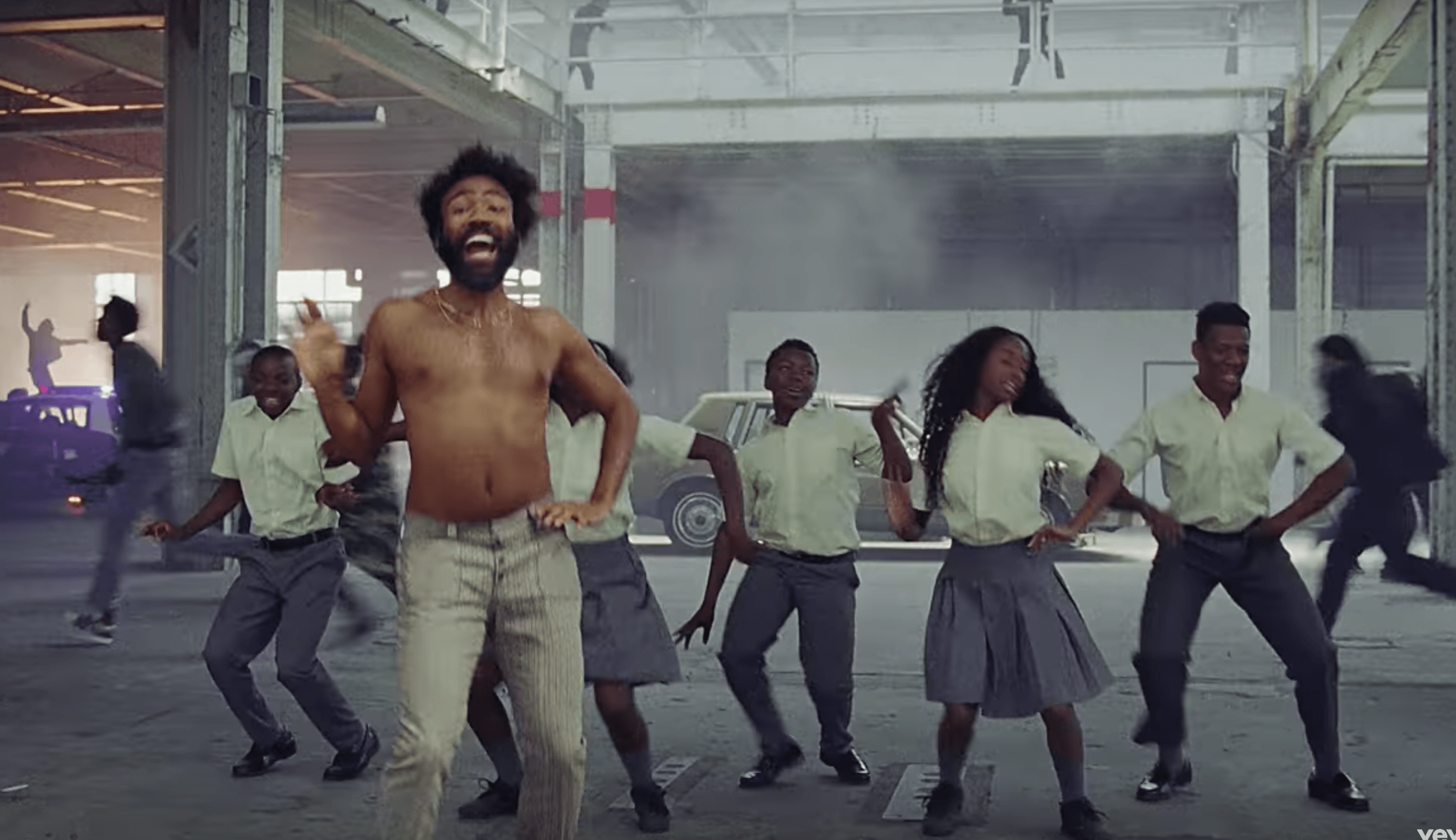 It look less than 3.4789 seconds for folks to lose their collective minds over Donald Glover’s (AKA, Childish Gambino) “This is America” music video. Let’s all forgive his misogynistic and other questionable ways and bask in the glory of this latest piece of black trauma porn made for white folks, by Black folks. Its “Formation” reborn with all the articles and videos dedicated to breaking down every little facial expression and every single dance move contained in all 2 minutes 39 seconds of it. White women set a record and gentrified the hell out of it within seven days. It’s obvious the perpetrator, Nicole Arbour, has no Black friends…or, she has Black friends like Donald Glover who happily allow her to use racial slurs in their presence.

This is too much to break down, y’all. So, so many layers and I haven’t been this conflicted since Trump voters found out that the Affordable Care Care act they loved and used was actually the Obamacare they had been convinced they hated and realized that Trump planned to burn their shit to the ground.

One of the worst parts of violence against Black folks is that it is well documented. And, we’re not even talking about recently with camera phones. Going back to Jim Crow, white folks took a liking to photographing Black bodies hanging from trees. It wasn’t unusual to see a crowd of smiling men (wives and children) included in these photographs.  They enjoy seeing us abused and have for a very, very long time. If images of Black bodies being abused was going to change society, violence against us would have came to a halt even before Emmet Till’s life got cut short by Carolyn Bryant, who is still living today. All the “This is America” video did was give white folks some more violence to be entertained by. I get what he was trying to say, but he didn’t have to gun down the choir to do it.

Next, we talk about how colonizers stay colonizing. Nicole Arbour almost can’t be blamed for gentrifying “This is America” when we are fresh off of Taylor Swift gentrifying “September.” It’s not her video that you should be giving the side-eye to; it’s the intention behind it.

The problem with the white feminism movement is this idea that sexism is as bad or worse than racism (even though white women, for all that they deal with, still have more social and economic privilege than Black people because of their whiteness). They often claim that they understand racism because they have experienced sexism. It’s not unusual for them to dismiss their own racial biases by using a “but, what about sexism” approach. Nicole’s colonization of “This is America” was a little bit of all those points mixed together with some horseradish and raisins. Not only did she miss the point of subtlety, but she also derailed a conversation about violence against Black people to complain about how she is expected to look pretty. And the bih can’t rap or dance.

All that aside, I wonder if Donald Glover would consider Nicole to be one of the “Black women of other races” he’s mentioned? If he did, wouldn’t that mean her calling him a “nigga” would give him one of the best orgasms of his life? And if that happened, wouldn’t we just be wasting our time even talking about this? Sounds like he would probably like her attempt at reminding the world that white women are oppressed, too.

1 thought on ““This is America” really IS America, and that’s a shame”