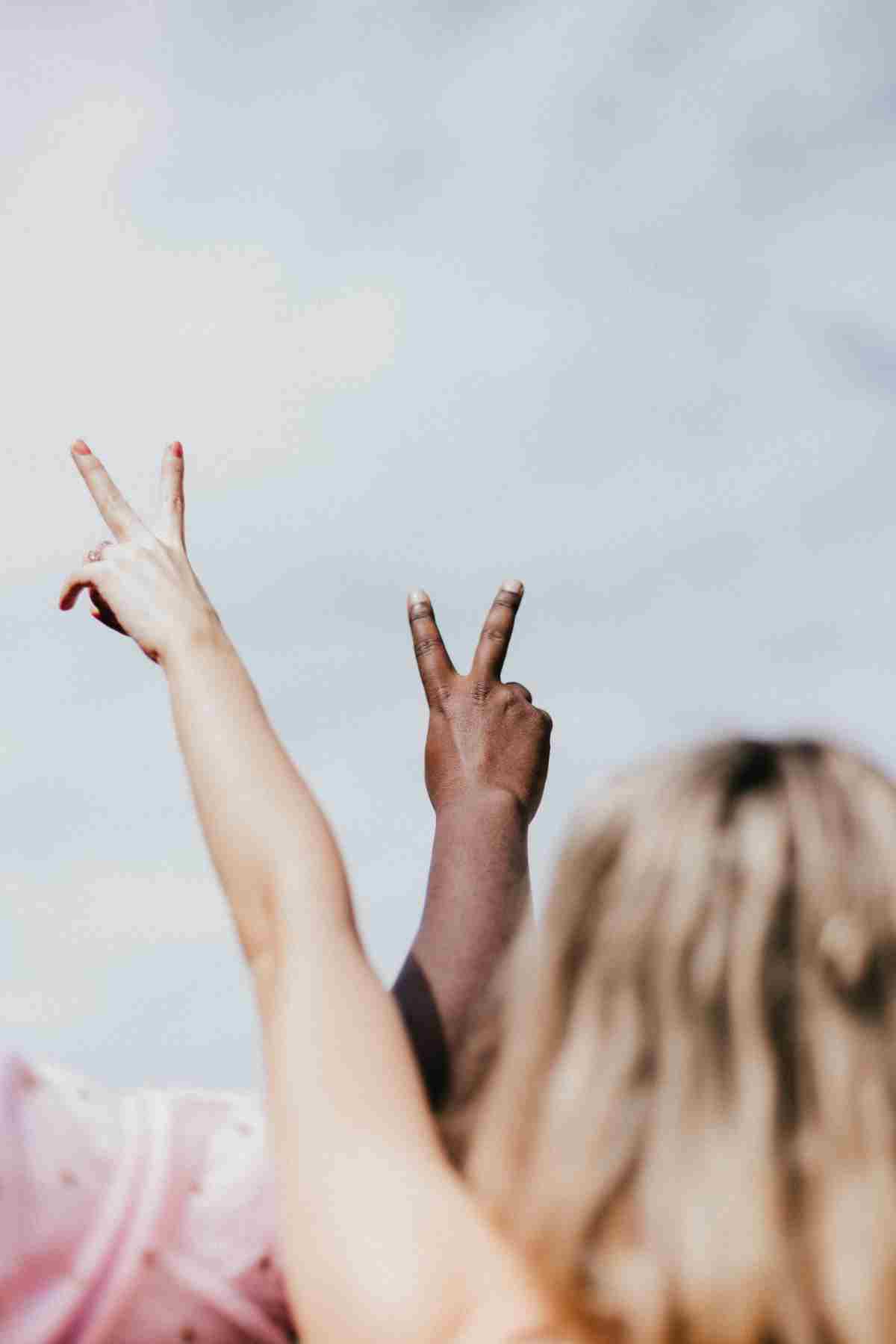 Back in late 2018, a story broke out of Cumming, Ga., of a Black woman, Tamla Horsford, who turned up dead at an adult slumber party—a party where she happened to be the only Black person in attendance. The initial reports were that she accidentally fell off a deck and, according to her death certificate, acute ethanol intoxication was a contributing factor to her fall. In other words, she got drunk as Cooter Brown, while hanging with her homies, all of whom happened to be white women. Seven of them to be exact. And according to police, she had an “accident.”

When that story broke, I remember thinking that the story sounded fishy. Not that Black folks don’t get drunk. Shit, I have been drunk as a skunk plenty of times in my life, but somehow that story just didn’t set right with me. Apparently it didn’t sit right with a lot of other people, since last month, local authorities reopened the case after pressure from Horsford’s family and the public, including high profile Black celebrities such as 50 Cent and T.I.

A 40-something-year-old Black mother ending up dead at a party with seven white women in attendance in the South—well, that’s the type of stuff that Black folks notice. Truth be told, for those of us of a certain age, it’s also the stuff that our parents and grandparents used to warn us about. In other words, if you are around white folks, stay wary. While I am sure that there are readers who will ascribe racist intent to this, the truth is that Black survival requires and has always required minding yourself whenever you are in the company of white people. The power and privilege inherent in whiteness means that letting your guard down without trust can have disastrous results.

Fast forward to more recently, when a Black man, Vauhxx Booker, goes out into the woods in Indiana with a group of white friends and is assaulted and almost lynched by another group of white people for allegedly “trespassing” on private property. From all the accounts that I have read, none of Booker’s white friends were assaulted nor did they physically jump in to help Booker, though they did record the altercation and asked the lynch mob to leave Booker alone.

Look, we are living in extreme times. The racial powder keg has been lit, microaggressions and macroaggressions against Black people are all the rage now. There have been a couple stories recently of civilian white people to pull guns on unarmed Black people just like the police have been doing for years, though thankfully no shots were fired in those two recent events—but let’s face it, it’s probably a new trend and it’s only a matter of time..

Then we have numerous incidents of Black folks found hanged to death in various locales across the country recently, which were all initially written off by authorities as suicides. The hangings could be isolated incidents owing to the mental health crisis in the Black community, often a result of the structural stressors that are a daily reality, or they could be the result of the racist fires that have been stoked by our illustrious Racist leader and be murder instead. One or two Black people hanging themselves from trees—maybe. All of these being suicides when white people are leaving nooses around so often lately to threaten Black people? I don’t think that’s likely. It’s a lot of work to hang yourself from a tree and not the kind of thing suicidal Black folks would generally be drawn to do.

I know, I’ve drifted a little from the issue of Black-white friendships and the risks of trusting those white friends to really back you up or keep you safe. The possible lynchings don’t fall into that topic. But they do point to the peril under which Black people live day to day and how white society is so ready to deem Black deaths “accidental” or “necessary” or just “unfortunate.” Anything but racial terrorism.

Between the reality of living in a global pandemic where Black people are being disproportionately infected by COVID-19 and impacted financially due to the economic downturn and the current state of race in America, Black folks are exhausted. We have always been tired because living while Black requires a level of vigilance that most can’t even begin to imagine and that extends to every area of our lives.

For Black folks in America, there are very few activities that we can engage in that don’t run the risk of death or a run-in with the law. Let’s recap: running is viewed as suspicious and could result in white vigilantes killing you. Being an EMT in your own house can get you killed. Chalking “Black Lives Matter” on your own home. Napping in a common area of the college you attend. Having a BBQ in a park. Laughing during a wine train event. Even a benign activity such as bird watching can result in your name being splashed all over the place and a white woman threatening you with the police when you ask her to follow the dog-leashing rules.

Living while Black is stressful. But one of the most stressful of them all can be navigating cross-racial friendships. Sure, most of them aren’t going to end up in a suspicious death at a slumber party. The likelihood someone will threaten to lynch you and that your “friends” don’t literally step up to defend you is low. But cross-racial friendships are hard, and they often go wrong at some point when whiteness becomes more important than friendship.

It’s always been hard, as I wrote several years ago, but in this moment when America’s racial problems are on full display, it gets even harder. While many white people have taken up the mantle that Black Lives Matter, how many are truly committed to living it in their daily lives? You may not use the N-word, you may support Black causes and leaders. But are you taking Black lives around you seriously? In the middle of a pandemic that is ravaging the Black community, are you still taking precautions to avoid spreading the coronavirus, or are you taking off the mask or gathering at restaurants now because you don’t feel like you personally are at risk? Are you actually living the values you profess? Are you truly saying that Black Lives Matter?

The truth is, for many white people, they are a work in progress when it comes to race and that is often demonstrated by their actions. As my elders used to say, they are speaking out of both sides of their mouth.

Only the most virulent of racists will admit their racism openly, which in many ways is a shame. I prefer my racists straight up, I personally would rather know that you feel that I am inferior rather than being told otherwise but your actions say something else.

My own experience with friendship across racial lines, especially in the Black-white binary, is that they can be difficult to sustain—unless the white person has done significant dismantling of their own whiteness and understands the role of privilege and power in their life and in my life. Because I most certainly am aware of the role of privilege and power in my life and theirs. I’ve had to be all my life to safely navigate America.

Cross-racial friendships require building a level of trust that goes beyond the typical trust of a friendship. It means to me, can you read the room? Back in the “before” world, when we could go out to socialize, what happens if another white person says or does something that is racially out of line? Can I trust that you will be there for me? Or will you try to gaslight me and tell me that what I experienced was not racist? Can I speak honestly to you? Or will you deflect with strategically placed white tears?

How can I trust that you are genuinely interested in knowing me? Or do you want to acquire a Black friend to deflect from your own racism and bias? Are Black people and other people of color simply a means for you feel like a better white person or are the connections genuine?

Friendships across racial lines are not impossible but they are a heavy lift. Even with the best of intentions, as my colleague Debby Irving and I learned last year in Seattle, very real harm can occur even between those of us who profess to anti-racist values.

So, if you’re white and you have friends of color—especially Black ones—please examine whether you have truly forged a friendship or truly even want what comes with a true cross-racial friendship. If you’re sincere, put in the work and realize that you may get called out at times for doing or saying things that are harmful or even racist. Don’t call your casual co-workers your “Black friends” when they aren’t; don’t abandon your Black friends when you start feeling pressure from white society, white privilege and white supremacy to be loyal to whiteness above all else.

And Black people—and other people of color, too—be careful out there with your cross-racial friendships. They require vulnerability, but caution and vigilance as well. And work. Often lots of it.

2 thoughts on “The challenges of cross-racial friendships”