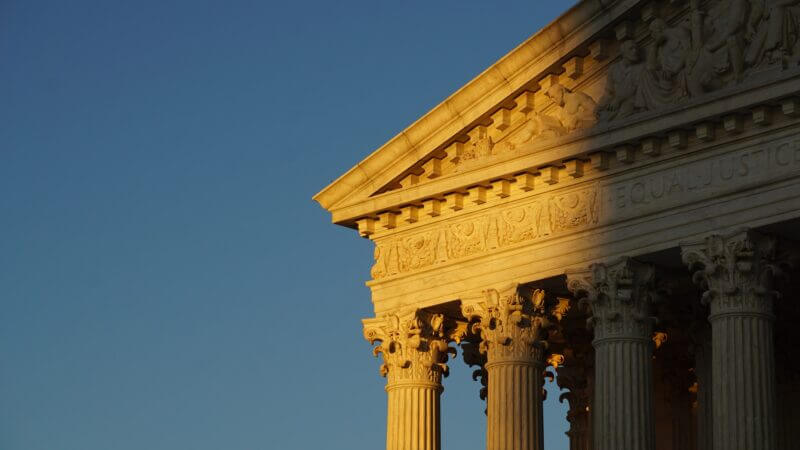 The Supreme Court’s decision to toss out nearly 50 years of precedent and “settled law” around Roe v. Wade has sent a lot of you into a distress, dismay, and depression. I get it; I really do. It upsets me, too.

I do believe all of us are entitled to catch our breath and grieve that the conservative justices ripped away women’s bodily autonomy and have basically set in motion all that is needed for at least 26 states to definitely or almost certainly ban abortion.

But also, don’t wallow. This decision was leaked in May. We’ve known. If you thought for one second that something was going to change in the minds of those six justices just because they got caught early, you were delusional.

You were warned. Going back to at least the presidential candidacy of Donald Trump, you were warned. You were warned that he would probably have the chance to install at least a couple very conservative justices on the Supreme Court. Black and brown women in particular warned you, because we know how easily this country will discard rights of people it sees as second-class citizens or even lower.

And women have long been among those second-class citizens. Women couldn’t really open up bank accounts and get credit cards until the 1970s without male approval. They still often have trouble getting their tubes tied, particularly if they are married and their husbands haven’t said they’re on board with the idea, too. Many in law enforcement and in the courts still hold that a husband cannot rape his wife—that she cannot withhold consent for sex. And lots of other things.

Did you really think with recent and current feelings toward women in a world still run mostly by cishet white Christian men that they wouldn’t come after abortion rights the moment they had a chance? They’ve been making abortion harder and harder to get in places like Texas, with rules that set the cutoff date ridiculously early, to points when most women don’t even know they are pregnant yet.

Even in confirmation hearings for the newest conservative justices, when they said Roe was “settled law” most of you crossed your fingers. Did you think they would tell the truth? Was it not clear enough to you that they were picked precisely because they would uplift white supremacy and the most conservative and narrow Christian interpretations of what is right and enforce those on everyone?

And yet quite a lot of women didn’t listen or didn’t care, which is why 53% of white women who voted in 2016 voted for Trump. Certainly men, in particular white men, didn’t listen or care, because not listening to women has remained a popular thing among them, and it’s easy not to care when you know your status and power are probably safe.

It’s going to get worse.

And if you don’t listen to those of us who are saying it will get worse, and you do nothing at all or act surprised when things get worse, I don’t know what to tell you.

As Prof. Maron Sorenson pointed out recently, “To put this into perspective, the Supreme Court has decided roughly ten thousand cases since 1950, and overruled only 243 of its own decisions in the institution’s entire 233-year history. Overturning landmark decisions is even more rare, occurring only sixteen—now seventeen—times, according to the National Constitution Center.”

So, the Supreme Court has already made a move that is really rare, acting on a clear conservative political and religious agenda given that about 70% of the U.S. population actually supported Roe. This court doesn’t care what the people want.

Sure, Justice Alito said this doesn’t mean anything for other precedents. He’s lying. Just like the justices who lied during confirmation hearings to get on that bench. Justice Thomas has already signaled an interest in revisiting and overturning Supreme Court decisions that protect access to contraception, banned sodomy laws, and allowed same-sex marriage.

It’s all going down. As soon as the right cases come before this court, all those things (and probably more) will lose constitutional protection, and it will be up to states to decide. States that have been working to block voting rights and gerrymander the hell out of districts to consolidate GOP power and shut out everyone else. States that have demonstrated time and again that they don’t like anyone but white men having full rights.

Even with Justice Thomas being a Black man married to a white woman, you best believe that protections for interracial marriage are at risk, too.

Soon, whether you have control over your own life or your own body is going to depend on what state you live in. Being an American won’t be enough, because this country is really just 50 ferrets in a trench coat pretending to be a single nation. The Constitution won’t protect you. Previous decisions will be overturned, and even if voices of reason in Congress can get legislation passed to protect things like abortion rights, who’s to say the Supreme Court won’t find a creative way to declare such laws unconstitutional? After all, this is the court whose majority opinion on overturning Roe quoted Sir Matthew Hale, a 17th-century man who came up with the idea that husbands can’t be prosecuted for raping their wives and who sentenced women to death as witches.

Nothing is beyond this court, which will likely remain with a conservative majority for another generation or two. If you haven’t been listening before when we tell you nothing and no one is safe from the conservatives who are a minority in society but hold at least half and often most of the power in government, listen now. Get involved; give money to those who are fighting for women’s rights, racial equity, LGBTQ+ rights, and more. Do something. Because right now, it’s not looking good for anyone except most of the white men.

Image by Ian Hutchinson via Unsplash 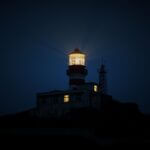 Of course a make-believe pirate hijacked the #MeToo movement