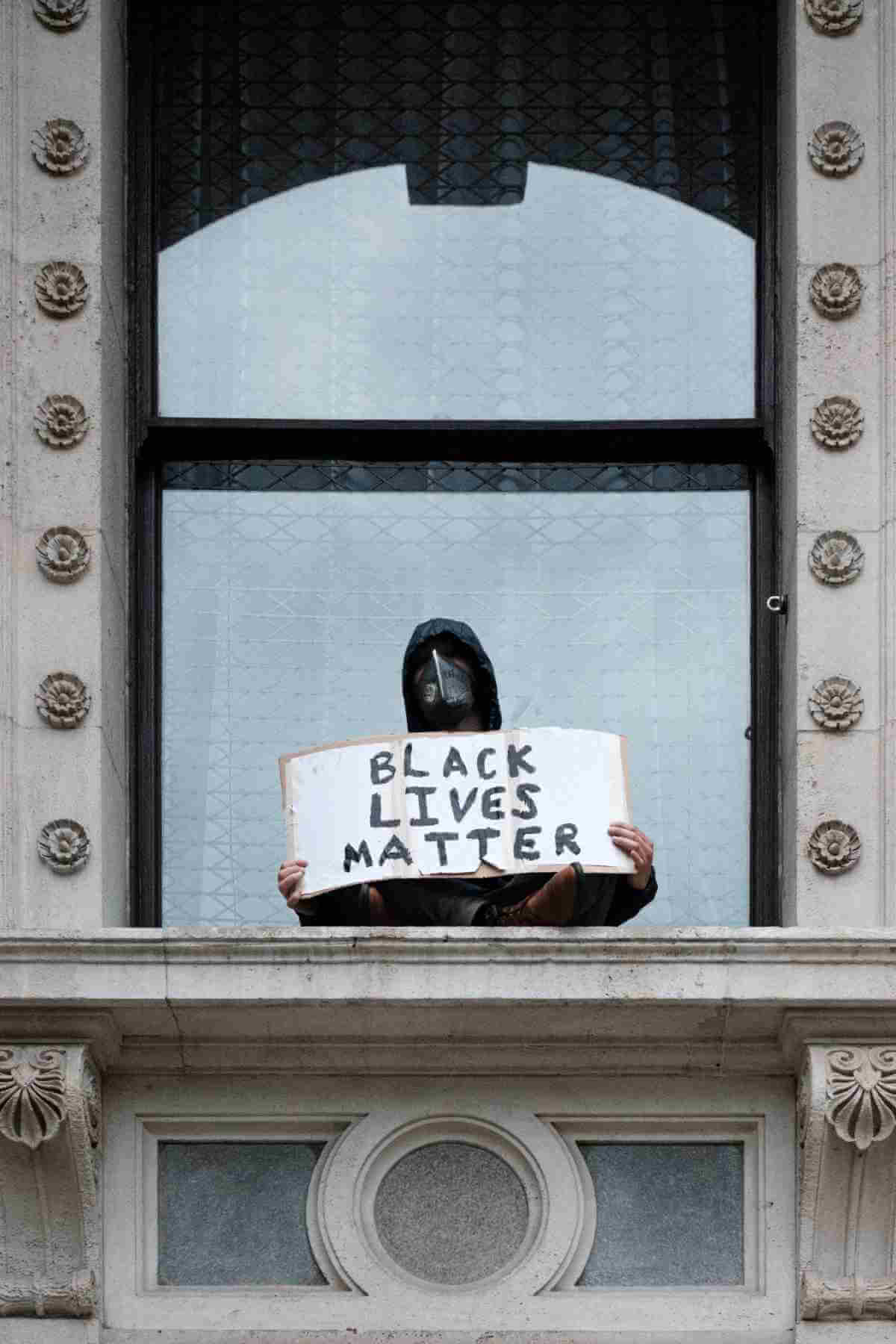 This past year—as the racial tensions rose across the country in the aftermath of George Floyd’s murder at the hands of the police—organizations for a moment were quick to jump on the Black Lives Matter bandwagon and express support for diversity, equity and inclusion efforts.

Black Lives Matter signs were the hottest new trend, only second to the latest anti racism books that were gracing the top of the New York TImes bestseller list. For a very brief moment, there was a glimmer of hope that Americans might be willing to face their painful racial history.

Of course, much of that hope was quickly extinguished by late summer when, according to media reports, white Americans were growing tired of the “violence” happening in some cities across the country.

Never mind that at many points, hundreds of protests and marches were happening nationwide on the same day and only a very few (or none) were violent any given day. Also never mind that many times the violence was actually instigated by police or by white agitators. Not to mention the fact that much of this violence was a ramp-up being directed by the Trump administration.

Or the fact that—with regard to the handful of protests in which some protestors actually lashed out organically—after 400-plus years of being mistreated, anger is quite justified. After all, America’s wealth was ill gotten to begin with.

While Black Lives Matter was started as an affirmation of Black humanity in the wake of Trayvon Martin’s murder and became a global movement for the betterment of Black Lives. The Trump administration has taken what was meant to affirm Black life in the wake of generations of systemic oppression and turned it into a rallying cry to scare gullible and ignorant white people into thinking—once again and for the umpteenth time—that Black people are dangerous, particularly if they are speaking their mind against the way things are.

What was a human rights issue has become politicized and weaponized by white people, so much so that unless a white person has an iota of sense or compassion to their fellow humans, Black Lives Matter is deigned too hot to touch.

If you think I am kidding, let me get personal and remind you about the “Maine” part of Black Girl in Maine Media and tell you a story about a local school district in Maine. As noted in local media this past week, “Scarborough Public Schools District officials sent an email to staff on Monday reminding them not to wear clothing or display items with political or controversial phrases in the week leading up to Election Day. It listed campaign slogans from the Trump/Pence and Biden/Harris campaigns as examples, as well as the messages ‘White Lives Matter’ and ‘Black Lives Matter.’”

In 2020, if the people in charge of an entire school district can’t tell the difference between campaign slogans, hate speech and a human rights issue, I question if said people should be in charge of any school district. It’s safe to say that Black lives are still undervalued in our country, and if you don’t believe me, look at the demographic data and you will see that structurally and systemically, Black lives still aren’t being treated with the same attention and care as white lives by a longshot. We are living in a moment where organizations will pay diversity, equity and inclusion professionals to come into their organizations to make things “inclusive,” which is really nothing more than the 2020 version of assimilation because they usually don’t change the things that make the organization geared toward white supremacy. They say that they are ready to embrace diversity. But if you make an unequivocal statement that “Black Lives Matter,” that is considered controversial. Sorry, but the dots don’t connect.

As you can imagine, the district’s actions created quite a buzz and even received national attention. The students, however, have been amazing. They organized a protest and I am hearing from sources that the students have more actions planned in coming days to get the point across that Black lives matter. The adults in charge? Still messy, and as best as I can tell, they are still contemplating whether Black lives matter.

Which essentially says to any Black students and Black families in the community: Your life doesn’t matter. Anything short of a top-down response and affirmation of Black lives in clear and concise language is a racist deflection. In other words, this is not the time to create a tepid response about “people of color”— no, we are now talking about Black people.

So a few days after this local incident, incumbent U.S. Sen. Susan Collins at a debate with her Democratic challenger, Sara Gideon, was asked “Is the phrase ‘Black lives matter’ controversial and is there a systemic racism problem here in Maine?”

To which Collins responded, “I do not believe systemic racism is a problem in the state of Maine,”

Clearly Collins is not familiar with my work, nor is she aware of the fact that Maine, despite being predominantly white (and also perhaps because of that), suffers the same ill effects of systemic racism that you can find in the Deep South or my home state of Illinois. The thing is, systemic racism is just that: it’s systemic. And in America, systemic racism is foundational to our very existence as a nation.

Black folks are arrested and punished at higher rates than their white counterparts in Maine. In Maine, cops kill Black folks and it’s deemed justified, just like in many parts of the United States. In 2017, a young homeless Black man Chance Baker, suspected of having undiagnosed mental illness, was killed by an officer with the Portland Police Department after waiving an air rifle around. Reports were that Baker was acting erratic, and according to the police, they believed Baker posed a deadly threat. Also in the midst of this pandemic, Black Mainers are disproportionately affected by the virus that causes COVID-19—much more affected.

I would say that between the Scarborough school district failing to understand the issue of Black lives mattering as a basic human rights issue and Maine’s current U.S. senator denying the existence of systemic racism, we have a little denial going on. Maine, like every other state in the union, has a systemic racism problem and while folks like me can raise awareness, it is only until we change the balance of who holds power and stop consolidating it in white hands that will we begin to get systematic change.

In the meantime, Black lives matter and the value of lives of Black people is not—and should never—be a controversial topic. Slogans like “White Lives Matter” and “Blue Lives Matter” are a different story, because the lives of both groups are already valued, and already matter, to the vast majority of Americans and those slogans play off Black Lives Matter to suggest that white lives and police lives are no longer important to anyone. Black Lives Matter is only controversial for white people who dare not to look at the legacy they have inherited as white-bodied people, who are unwilling to acknowledge that white humanity was built of the dehumanization of Black people.