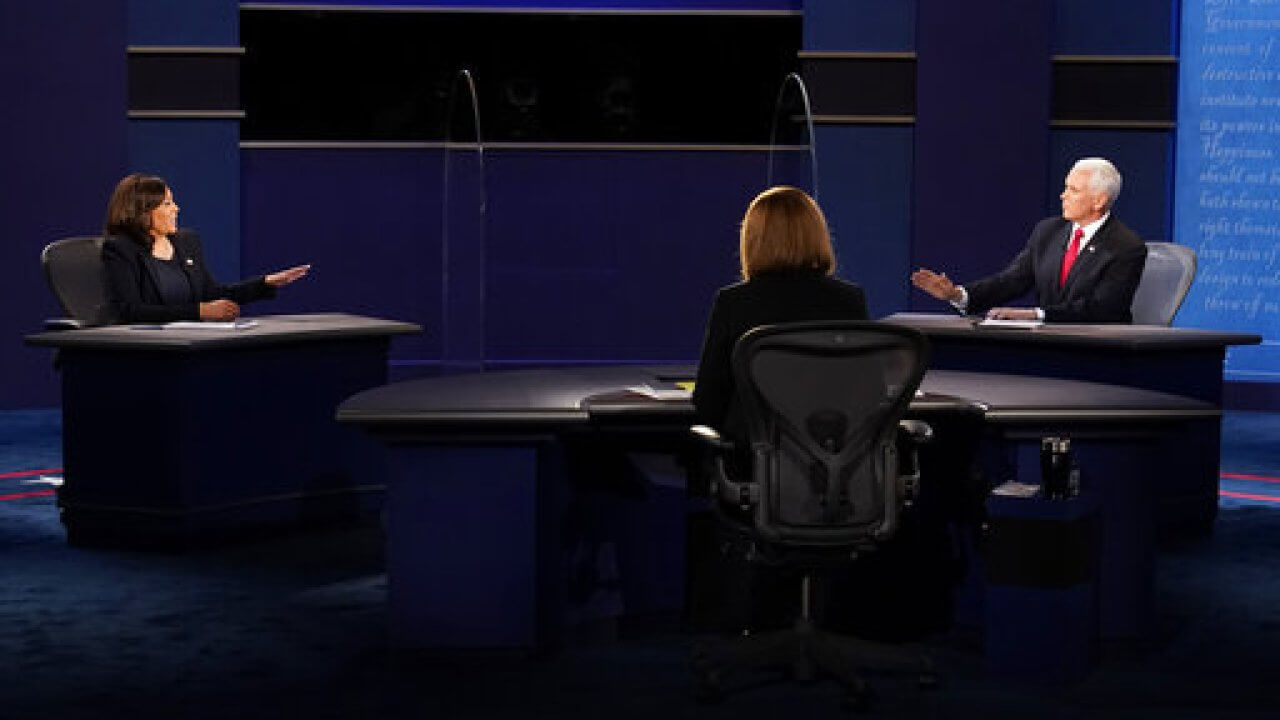 As the vice-presidential debate grew closer, so did my dread. Even though white supremacy and misogyny are obvious and omnipresent, I knew what was going to happen. Not what topics were going to be covered or how the two candidates would react to each other. That wasn’t important. What I dreaded—and what is endlessly disappointing—is that in order to reach a goal, a Black woman was going to be compared to a white man in a national spectacle.

Of course, Kamala Harris, the Black woman, is over-qualified for the job. And, of course, the white man who she is being compared to isn’t just any white man. He’s someone who is so obviously stunted and depraved, someone so categorically lesser that were things evenly measured and but for the existence of his boss, he would be globally reputed as one of the most pathetic man in existence.

And so, I knew that I was going to sit here in my living room trying not to punch through my computer screen as I watched a Black woman navigate a context designed to stop her in countless ways—all of which benefit her opponent, an old white man who is somehow equal parts dusty and slimy.

The candidates were introduced. They walked out, sat down and I was tense. How was Pence going to attack her? Birtherism? Some Handmaid’s Tale shit? I couldn’t take it any longer.

The first question went to Harris, asking what a Biden/Harris administration would do differently to fight COVID-19.

Her answer immediately changed my mood as it was clear that she did not come to play.

“Well, the American people have witnessed what is the greatest failure of any presidential administration in the history of our country.”

And that was pretty much how it went. Kamala just kicked the ever-loving shit out of Pence for the next hour and a half. Of course, she had to deal with Pence trying to imitate his boss by interrupting and talking over both her and the moderator. And of course, she had to deal with the white moderator allowing Pence those interruptions and over-extended bloviations, without allowing her the same courtesies.

Soon I was imagining the president watching at home, kicking over his oxygen tanks in frustration of what a humiliating turd he’d chosen as an underling. The image of the president cringing at the mortifying presence of Pence with what appeared to be a very unsettling rupture in the far corner of his left eye, and wearing what looked to be one of the president’s ties, well, I was delighted. I was overjoyed that, boosted by a tower of systems perpetually lifting him toward limitless prosperity, not only was Pence utterly incapable of reaching that success, but the president had to watch him fail so disgracefully.

And right then, as I was basking in the glory of this moment, soaking in this wonderful collapse of Pence’s putrid whiteness in the presence of Harris’ smiling, indefatigable blackness, right when I thought the rancid decay of Pence’s being couldn’t be more clear…