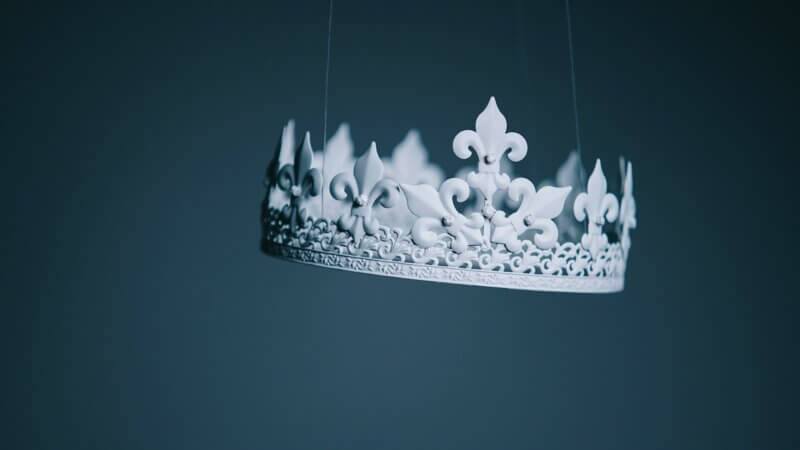 Look, me and the Royal Family go way back. Sorta. Let’s just say that they’ve occupied space in my mind for a long time.

My earliest memories of the Royals? Watching Princess Diana and Prince Charles getting married. I was a little kid—maybe 9 or 10—and, like millions of others, I was mesmerized by the sheer pageantry of it all. I also remember looking fondly at the service and wondering what it would be like when I grew up. Could I, too, one day be a beautiful princess and marry a prince? (Admittedly, even as a young child, I remember thinking this particular prince wasn’t too good-looking; definitely no Disney version).

Fast-forward to my teen years, and starting my journey to embracing my blackness—and realizing that the Royal Family represented the people who essentially had carved up and conquered the world and created horrendous suffering for large portions of the world through colonization and imperialism. At that point, my dreams of becoming a princess were no more. Girls like me didn’t become the princess and furthermore, why did I want to be a part of a group that represented global evil?

In my 20s, while I was no longer enamored by the Royal Family, I still had a soft spot for Princess Diana, who seemed like the only humanizing force among the Royals. I remember when the news of her death broke. At that point, I was also a mother, and I still remember the haunting walk that her sons had to take behind the carriage carrying their mother’s body. I remember thinking how utterly awful that those boys had lost their mother but still had to perform their duties.

I pretty much lost all interest in the Royal Family at that point, until Prince Harry got involved with Megan Markle, and the media wasted no time letting us know that she had a Black mama. I can’t imagine marrying into a family that represents the worst parts of humanity. But love is funny—you fall in love and life happens. Megan is fascinating to me, a biracial Black woman who married into perhaps the whitest and most privileged family on the planet, who in marrying into the Royal Family has been forced to confront her blackness in the most painful and public manner.

That said, Prince Harry, who in his youth engaged in questionable racist behavior, seems to have undergone a shift. And from what we are told—because, really, we don’t know these people—he seems to have become a stand-up man who literally is riding and dying for his wife and, in recent years, has become the poster boy for anti-racism remedial-level classes.

Now we are in this current moment, and Queen Elizabeth has died. The world. or at least the media construct of the world. is fascinated once more with all things royal. After all, Prince Charles, after waiting 70+ years, has finally ascended to the position of king in the wake of his mum’s death. That’s a long time to wait for them to come up.

As the world adjusts to King Charles, the grieving begins, and in typical fashion of white supremacist culture, people only want to hear the things they want to hear. In other words, don’t rock the boat.

But we are living in a world now where everyone with access to the internet gets to have a say and a voice thanks to social media. Which has meant that while mainstream media is pushing one vision of the queen and her reign, social media has allowed people across the globe to weigh in—and those from countries that were colonized by the British are wasting no time speaking truth to power.

Black Twitter and Black TikTok across the global diaspora wasted no time in saying they as a collective didn’t give two shits about the queen dying. Our brothers and sisters from India and other countries joined in, as did many Irish people.

Jeff Bezos, the founder of Amazon and one of the richest humans on the planet, decided to jump into the fray when he criticized a Black professor from Carnegie Mellon University. You see, Dr. Uju Anya, a Black woman from a colonized country, had wished the queen an excruciating death. Mind you, the queen was already dying.

Social media has been on fire with white people globally not understanding why so many people would speak ill of a 96-year-old woman who had just died.

Look, the British Empire did great harm in the world, harm that disproportionately landed on Black and brown people (yes, I’m aware of the Irish, but that’s not the conversation I’m having). Disrupting whiteness means recognizing that many if not most of our cultural norms were designed to benefit white-bodied people—including this notion that it’s disrespectful to speak ill of a dead woman.

Furthermore, people keep trying to separate the institution of the British Empire from the queen as a person, but that’s not how it works. The queen herself during the decades of her reign made decisions that harmed people. She is a direct representative of a system. In other words until her death, she was the global face of a colonizer.

She had choices. She could have bucked that system, she could have made amends, she could have apologized on behalf of the system/institution she represented. She chose none of that. Instead, she conformed and—in comforting—was complicit. So, any criticisms of her in death are justified.

Disturbing to me has been the number of white-bodied people I know who are posting that now is not the time to criticize the Royal Family. I’m sorry, but with the changing of the guard, this is a perfect time. I doubt King Chuck is going to shake the joint up, but in ascending to the position of king, he is now the official face of global colonizers. With great responsibility comes great heat.

Seriously, how can we be anti-racist if we continue to uphold white supremacist cultural norms? We can’t. We are two-faced liars, who are lying to ourselves. The path to dismantling white supremacy is to live our values, in all situations. Including when old white ladies die.

Trust me, Liz is dead and we aren’t hurting her feelings, but maybe we are planting seeds with others. Discomfort is often a great catalyst for change and self-examination. White-bodied people need to understand that Black and brown people are entitled to express their feelings and that their expression does not need to be palatable to white folks. Instead, it is incumbent upon white people to move beyond their fragility that gets them in their feelings when a little old lady they never met is criticized.

As for the Royals, no doubt they are busted up over the queen’s death. After all, she was their beloved mom/granny/queen. But Elizabeth lived a far better life than any of us ever will. She made it to 96, living the life of Riley with the stolen labor and jewels of generations of Black and brown folks globally. Her death isn’t about to bankrupt her family and I suspect even Megan will come out okay, even if the incessant portrayal of her is awful.  For the rest of us, we need to let go of the fairytales and, in the United States, ask ourselves why we are so vested in these people or that system.

3 thoughts on “The Queen died—screw decorum and niceness”