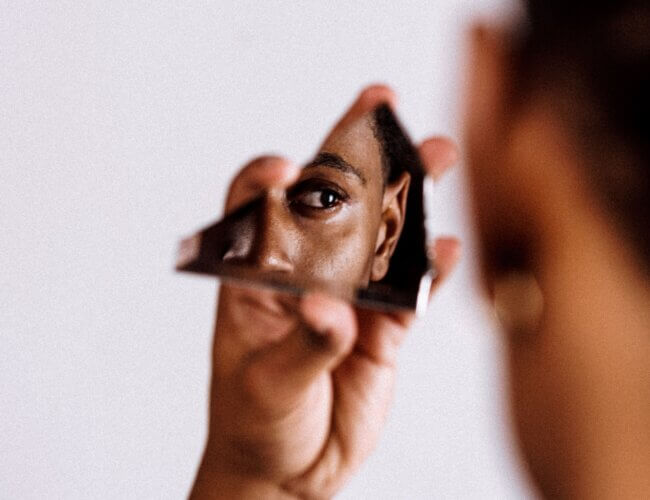 Is it me or are white people stealing from Black folks now more than ever? It feels like I can’t walk down the street, turn on the TV or open my phone without some white person talking like me, acting like me or trying to sell some goddamn version of me back to me.

I used to rail against this, but it’s happening so much now, I think I’m gonna try a different tact.

In fact, if you’re a white person who fits this description, I’m officially making you an offer: Get all the cornrows you want. Get all the BBAs you want. Rap along to all the songs you want. I am giving you permission to act Black as much as you want *if* you act Black in the right order.

That’s right! This ain’t no random occurrence. There’s a method to this blackness.

Now, the first thing you’ve gotta understand about being Black is how we survive as citizens. Fighting against systemic racism ain’t easy, but one of the ways we do it is by understanding the three rules of the two-party system:

They call it compromise or making a deal, but we all know who gets compromised in those deals and if you don’t, please turn to any page in American History 1619-present.

Some of you may look at those three rules and hopelessly throw up your hands. You wonder, if neither party has your interests, what is the point in participating at all? To those people I would simply say that this country and both of its political parties prioritize a status called whiteness which allows white people of any political allegiance to define their own priorities irrespective of understanding, deservedness, morality or reality.

Remember the democrats who, endlessly furious with republicans for mindlessly supporting our previous president, responded with elevated rage and neglect, unironically shouting, “Vote blue no matter who!”? Notice how the statement The president lied to the American people about COVID putting us all at risk in order to serve the interests of the wealthy applies to both the current and former presidents?

I know, I know. This is difficult for some of you to hear, but you know what? I ain’t been hearing those demands to follow the science for a minute, so do you want these cornrows or not?

Anyway, the point is white people like to believe that voting is enough, but it is not. The key to Black survival has been voting for democrats, incentivizing them to not let the republicans try to kill us while planning for when they inevitably do. Remember when Roe v Wade fell and it was discovered that Black women had been planning for this for decades? That’s what I’m talking about.

You know that old saying about how solving whatever social problem is a marathon not a sprint? The truth is that most of the problems we face as a society are both and voting is just putting your feet in your yet-to-be-tied sneakers.

Look, I get it. You want someone to fix it for you and you can go on wanting that, just understand that’s not very Black. Most Black folks spend our lives being told racism doesn’t exist and if it does it’s not that bad and if it is there’s not really anything anyone can do about it which doesn’t matter anyway because racism doesn’t even exist. That kind of experience doesn’t really lend itself to leaving it up to others to solve your problems, so if you wanna keep bouncing that BBA, you’re gonna have to change your mindset.

Take this new climate bill, for example. When they tell you “This is the biggest climate bill we’ve ever passed!” ask yourself some Black questions. How much have they spent before? Can we even spend our way out of this? When they tell you, “We didn’t get everything we wanted but they didn’t get everything they wanted,” ask yourself What about these problems has a goddamn thing to do with want? I mean, I want a grand piano, but I need a planet that sustains human life. See what I mean?

When they say, “Something is better than nothing,” understand that a whole lot of things are quite literally all or nothing. In a time where heat waves are killing thousands across the globe and an estimated 8 million Americans will experience 125 degree heat next year, numbers growing exponentially after that, does this really feel like a something-is-better-than-nothing situation to you? Because we’ve solved problems like this before. Ever wonder why you don’t hear about the hole in the ozone layer anymore? Read about the Montreal Protocol and you’ll know.

So, that’s the deal. If I see you TikTok dancing in a government cooling station, I will not be held responsible for my actions. But if you start thinking Black in terms of survival, keep that same energy for voting; donating; letting Black folks organize and lead you; and putting your status, livelihood, and self at risk to save this planet, then I’ll sit right down rapt, listening to every bar you can spit. Hopefully, at that point you will have learned better, but if not, the offer still stands.