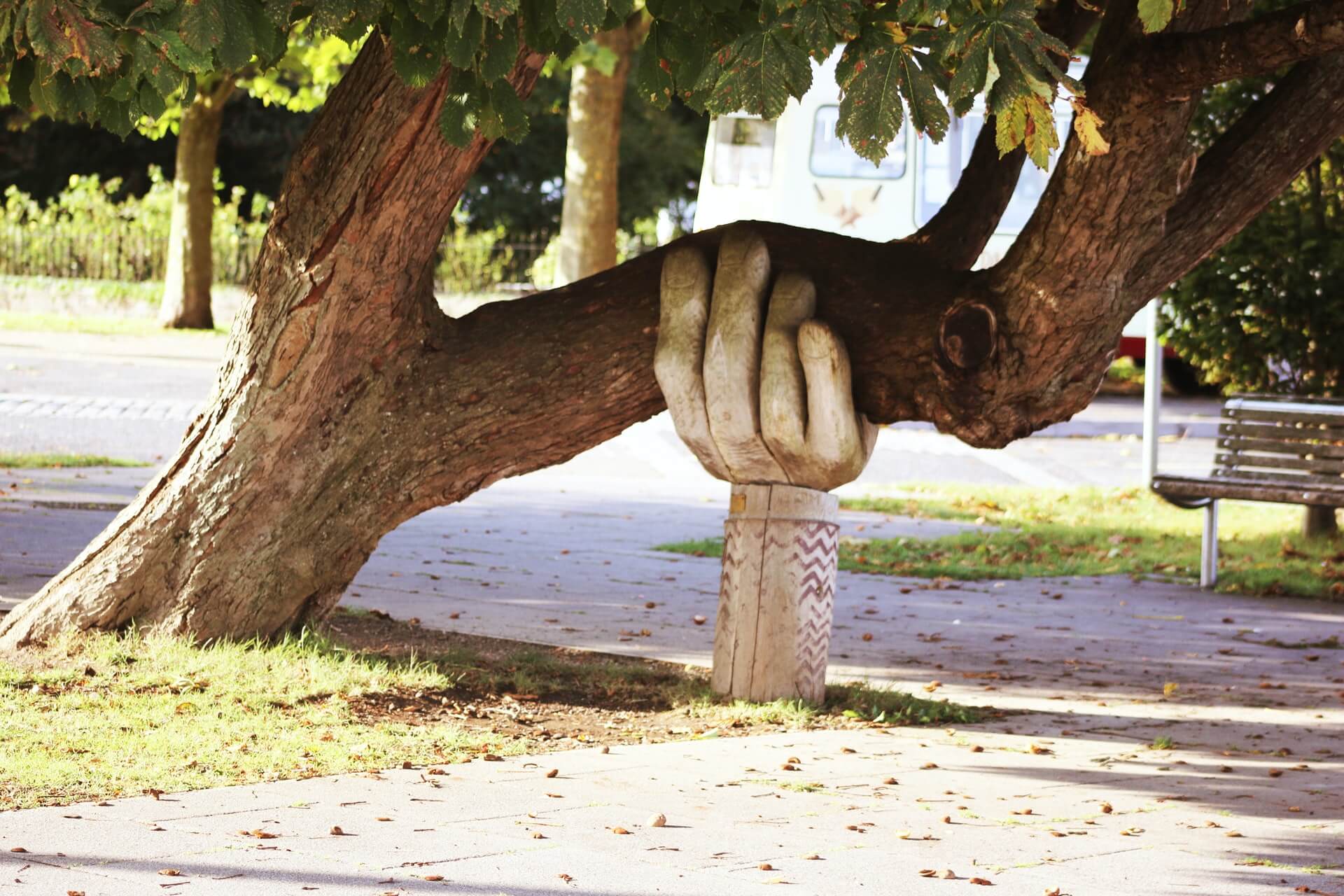 And just like that, we are in crisis mode here at BGIM Media.

This is not a post that I thought I would find myself writing, but it seems the same reality that is killing off independent media and content creators elsewhere has abruptly and unexpectedly landed on my doorstep. It was very sudden, and regardless of the reasons, I have to be blunt: this is a crisis.

As I wrote to the BGIM team earlier today, the editorial calendar for May will go on as scheduled, but for June—barring an infusion of support from readers—some nasty changes are ahead. Because, at present, while I can cover our expenses for May. June, though, is not looking too good.

It’s a moment that feels surreal, because between April 30 and May 1, we lost in excess of 50 patrons. This abrupt and unexpected drop means we are down over $1,000 a month, which for a small operation like this represents a lot of cash. Cash that I can’t easily replace, as I have not been doing as much contract consulting work, due to my political work (unpaid, mind you) on the Portland Charter Commission.

I just spoke with a friend who also runs an indie publication, where she works with some of the best-known writers in the industry. She said she is seeing the same thing. Like me, she’s keeping her operation afloat with personal resources and sheer determination.

It is not an understatement to say that I view this site as my third child. BGIM was created in 2008, when my daughter was three and I was trying to figure out my career path, as I was having a 30-something-year-old crisis. I worked with a life coach who suggested that I start a blog as a way to indulge my writing desire beyond what I was doing at the time for the Portland Phoenix.

I have said it before in the early years: readership was low and it was a labor of love done solely for the joy of it. This site was started as a way to park all my feelings about being Black in Maine and raising my kids here.

But it was 10 years ago, in 2012, that the site started to experience an uptick in readership which has continued for a decade straight. My posts have been read in classrooms across the country and have been cited in multiple books (also here and here). It was only when my marriage crashed in 2015 that I realized that I would either have to let this site go, and take on a second job to survive, or I could take a gamble. I could work to create a revenue stream given the popularity of the site. I chose the latter, but because of the subject content, advertising or traditional methods for monetizing social platforms have never been viable options.

Instead, I decided to use the patron model, but making the unusual choice to not put the work behind a paywall. I also made the decision to expand the platform and bring on other writers, all of whom have always been paid. If we are serious about change, then both aspects are important—accessibility matters, as does compensating people for their work.

The intersection of racism is capitalism is challenging. I chose to offer my work as well as the work of the other writers to the world freely—this is one way to help create change, as it is an acknowledgment that not everyone has the means to pay. That decision has left me open to the occasional trolls and hackers, but despite the personal annoyance, it has been worth it. I don’t regret it, even when the stats showed that the majority of our readers do not financially support the work at all.

I have always felt that despite never hitting our financial goals, as long as we bring in enough to ensure that all financial obligations are met, that’s fine. The last year has been rough because we haven’t seen much growth—a typical month involves five or six cancellations but adding three or four new patrons and one current patron increasing their giving. Given the economic realities, and knowing that inflation is hitting everyone’s button line, I could make it work, even though it has meant picking up more work on my end.

To give you a peek into our operations, there are three writers in addition to myself. We have a back-end editor, who handles all editing and assistance with pieces and social media curation. We have contract tech support which includes site security, as well as professional services since we are an LLC. There’s also the cost of paying for our infrastructure and subscriptions to publications so we stay looped into the larger world. Oh yeah, there is also our tax liabilities; the IRS gets its money, too.

Despite my full-time job, parenting and homeschooling a teenager, consulting work. and serving on the Charter Commission (which takes up a lot of time and pays nothing), I still do at least half of the social media curation that you see on our Facebook page and all the invisible-to-you tasks like managing the operations. Last year, I brought on someone part-time to assist, but it was clear that it was an expense we couldn’t afford. So when the person left, I didn’t look to fill that position again. Keeping our operations super-lean has allowed us to keep on doing the work.

This super-lean model, while tiring, has been sustainable until today, when our payment arrived from Patreon and I saw the sudden drop-off.

Patron cancellations are straightforward, and many patrons do take the exit survey when canceling their support—those who do have almost all have indicated a change in their financial situations. I understand it; times are hard.

But declined cards are harder to grasp. It means that a patron’s card was declined and while they were given the opportunity to update their information, they chose not to. I can predict cancellations to some degree, but a massive uptick in declines can’t be predicted. Consider the fact that the previous month only saw $10 in declines, which is typically our norm.

While I know that the media world is being hit hard, this decrease in giving is across the board. In my day job, we saw a decline in giving in our last fiscal year. I have spoken with colleagues in other organizations, and they are seeing the same thing. Colleagues who offer anti-racism training work have seen their bookings decrease. Colleagues who have written anti-racism books have seen a steep decrease in book sales.

Sure, in hard times, we cut the fat from our budget—but what does it mean about our commitment to social and racial change, if those are the cuts we make early on? Clearly, we have not fixed racism yet, and the pathway to change requires resources. And let’s face it: the Elon Musks of the world are definitely not interested in funding those endeavors.

Friends, the bottom line is that I need your support and I need it now.

I need to make up a thousand dollars a month, and as much as I wish I could take it from my personal resources, I can’t do it long-term. I am doing it this month, but I can’t do it next month. We could certainly do it with one very generous benefactor—and I swear if you exist, I will schedule a personal call with you every month—but something tells me that is not going to happen.

So, short of one supremely generous soul, that means I need people who have never given to give now. The stats on the blog say that there are lots of you out there who consume this work for free, and I am asking for your help now even if that help is modest.

One-time gifts via PayPal or Venmo are certainly appreciated, but the only way I can plan ahead is with monthly patrons. If you grab a few drinks a week or more—be they lattes or wines or a smoothie or something else—could you consider BGIM Media as the equivalent of one or two extra drinks each month? I don’t want anyone putting themselves in a bind. But I am asking that many more of you to make a small monthly commitment to ensure that BGIM doesn’t meet the fate of so many other platforms.

And if you truly can’t afford to give, can you share this site and our Patreon information within your social circles? I am working on some perks I can actually deliver regularly, since I have heard feedback over the years that people want the perks. One perk will be a weekly round-up that will include my personal reading of the week, as well as a curated list of articles.

Lastly, if you work at an organization or are involved with community groups doing anti-racism work, consider booking me. The new site should launch in the next week, and it will have a section that clearly speaks to all of my speaking engagements and offerings. But in the meantime, here is a snippet of some of my work.

I have always known that a time would come when I may need to sign off as far as BGIM Media. But I don’t think this is that time. There’s too much work left to do; too many pieces that still need to be written. Our fate lies in your hands: Will we live or will we die?

Image by Neil Thomas via Unsplash