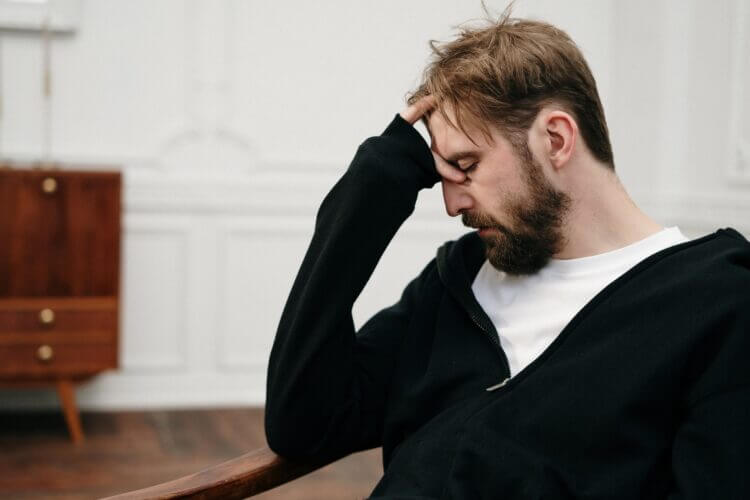 This post comes thanks to inspiration from a series of conversations I have had in recent months, both within the context of my work as an anti-racism trainer and random conversations with white people. A common theme emerged and, frankly, it is a theme that needs to be addressed head on.

When I first wrote publicly about race in 2003, I never imagined that it would eventually be the beginning of a career. I was simply a frustrated Black woman who had the misfortune of having relocated to the whitest state in America after being born and raised in a place where Black folks and other non-white folks were the norm. My early writings were often more of a place to blow off steam and educate, at least for those open to hearing my words.

In 2003, when I started writing for local publications, it isn’t an understatement to say that my words were not welcomed. This was in the days before our current heavy social media consumption, so if a reader was unhappy with my words they would respond directly. Sometimes they would send an email but, in many cases, they took the time to sit down with a pen and piece of paper to express their anger with me. Then they took the time to stick the letter in an envelope and mail it. I actually used to receive death threats by mail.

Looking back from our tech-savvy world were communicating with strangers is far easier, it’s a little shocking. Do you know how pissed off you had to be to expend that much energy and time, when you simply could have ignored me?

Despite the regular avalanche of scary responses, I stood my ground and kept writing. Why? Because it was what I needed to remain sane while living in Maine; also, the heartfelt appreciations I also received made it worth it to me.

Over the years, as I advanced my education in the area of racism, I learned that changing the discourse on race is a long game. White people are born into a world where racism is simply as normal as the air they breathe, and without intentionality on someone’s part, white people will be racist—even when they aren’t aware of it.

There is no area of our lives in which whiteness is not exalted and the subliminal messages speak to the supposed inferiority of non-white people. It’s why the unintentionally racist white person often falls into the category of either being a white savior or, worse, someone who fetishizes non-white cultures in an attempt to show solidarity, with little awareness of how racist their behavior really is.

The reality of cultural whiteness when paired with the rules and norms of whiteness—which value ettiquette over all else—means that real and raw discussions of race within white spaces is as taboo as talking about your sex life at the dinner table.

It’s why, despite almost a decade of enlightenment with the emergence of social media and the BLM movement, the average white person still falters at going deep on race when in all-white spaces.

The Trump years for many white people represented the first time they ever had to confront the issues of racism within their own personal spheres, as people realized that loved ones often held deeply racist beliefs. Prior to Trump’s arrival as president, it was easy to ignore Uncle Rusty the Racist. But Trump gave the racists permission to let their racism be raggedy and on display. For many white people, when confronted with that “Uncle Rusty,” they either ignored him or simply cut him out of their lives. Oftentimes, the reason cited was that they didn’t think they could change their racist loved ones minds—or that it was just too hard to put in the effort.

No shit! It is hard, but is confronting racist white people in an attempt to make them less racist any harder than the daily racism that Black folks and other non-white people live with? I don’t think so.

So, yes, it is painful. I have no doubt it is uncomfortable. And, as a white person, you risk losing social capital. But if you purport to be an anti-racist ally or, heaven forbid, an accomplice, what is the loss of social capital?

White supremacist organizing is a recognized threat in the United States. White supremacists are going hard, no doubt emboldened by the rhetoric of the Trump years, but far too many white people feel themselves to be helpless and hopeless. Honestly, as a Black woman, I am offended.

The white supremacists are relentless for their cause, increasingly bringing in younger and younger white people into their ranks, thus debunking the myth that racism will die out when the older generation of hateful white people die off. Um, no, that isn’t happening at all.

Instead, in places like New England where I live, these cretins are getting bolder than ever before. New England is seen as the last bastion of whiteness in the United States—trust and believe that racists are excited to make this region home. At the moment, it is going well too. This past year alone, white supremacists have marched through the streets of Boston in broad daylight, with the only person daring to confront them being a single Black man. Where were the good white people?

Closer to me, almost weekly I am getting reports of white supremacist activity recruiting in Maine and New Hampshire, which oftentimes is shared and reposted on social media. But rarely is anyone confronting the white supremacists. Yes, I am aware that there is organizing going on. Remember, my day job isn’t writing, it is running this place. I am aware of the bystander classes offered, but damn it! Why do white people need detailed roadmaps to do the right thing?

My first husband was New England born, from a family of blue bloods, but the first time he was called a nigger lover and I was called a nigger, he didn’t freeze or need a book, blog post or class to tell him how to respond. He responded.

The thing is, as long as people are silent, whether from fear or whatever, you are saying to the white supremacists that their actions are acceptable. They keep showing up, because no one is telling them to stop it, except maybe on social media. Social media is a tool, and a useful tool at times, but there is nothing like putting your literal ass on the line and telling a racist person to knock that shit off.

People love to lift up the icons of the civil rights movement, especially folks like the late John Lewis, who literally got cracked in the head fighting for freedom. But rarely are they willing to fight for what they believe in. Or even speak up for it.

White supremacists are feeling so emboldened today that not only have they marched through the streets of Boston in recent months, they have been sighted in places like Chicago and Philly. Again, in these instances, too few white people speak up. But guess who will speak up? Plenty of other white supremacists and their supporters and enablers.

I am assuming if you saw a person being sexually or physically assaulted in a public space, you might feel moved to take action. I like to believe that anyone reading this wouldn’t simply record the assault and post it online, as if they had done something.

Well, guess what? Racism is assault. White supremacists in our streets, proudly declaring their intent to keep New England white, is assault and when you do nothing to confront your fellow white people—whether it on the streets or the racist people in your circles—you are essentially aiding the racists. Your silence sends the signal of approval to them, whether you understand it or not.

Is it scary to face a racist? Yes, it is. I have done it many times and in many locations, but as a Black woman, silence regarding my fundamental humanity is not an option. It is what keeps me writing and in this work.

But if your only work is reading, throwing a few bucks to the cause and sharing posts online, you need to get honest with yourself, especially now that white supremacist activity is a domestic threat. Remember the January 6th attacks? All those white people who attended were not obvious-looking white nationalists. In some cases, they were quite the opposite of what most people would expect. Hello, realtor who took a private jet to the attempted coup.

The odds are high that if you are reading this, there are white people you know who hold distinctly racist views. But if you are never disrupting whiteness by getting real and talking about racism, what are you doing? What changes? If you decide that the openly racist people in your life are beyond redemption, what do you think is going to happen? There are plenty of spaces both online and offline that will gladly do the work of cementing the racism within these people.

While my work and the work of other non-white people may serve as part of your learning, your job is to take that learning and put it into action. If you are unable to do that, ask yourself why. Why is it my job to call out white people? Hell, I am already doing the teaching, the least you can do is the action. Remember, every day, my life is on the line and in today’s world, that is no small feat. Especially as a Black girl in Maine.

P.S. If you truly want to activate and don’t feel supported, consider checking out my next Beloved Community session.

Image by cottonbro via Pexels