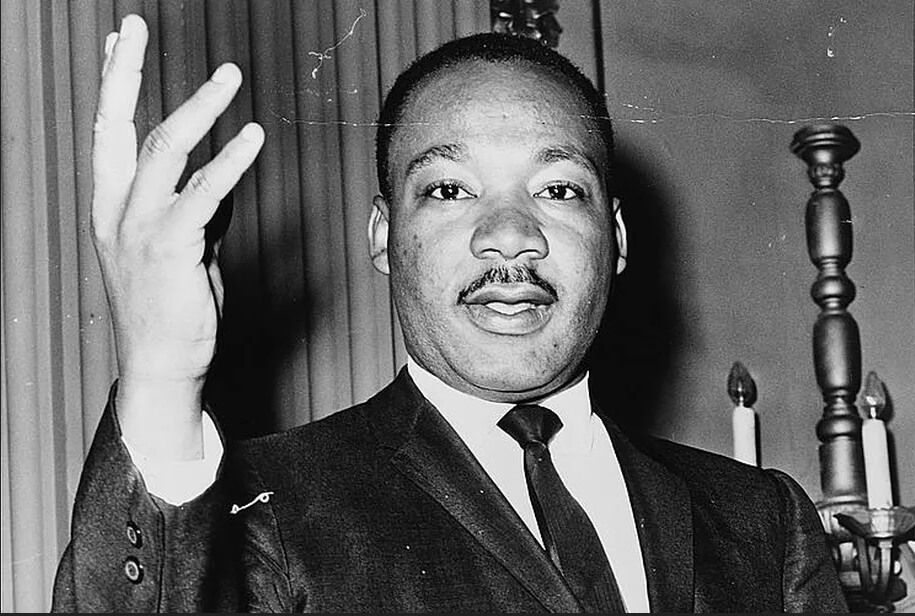 “First, I must confess that over the last few years I have been gravely disappointed with the white moderate. I have almost reached the regrettable conclusion that the Negro’s great stumbling block in the stride toward freedom is not the White Citizen’s Council-er or the Ku Klux Klanner, but the white moderate who is more devoted to ‘order’ than to justice; who prefers a negative peace which is the absence of tension to a positive peace which is the presence of justice; who constantly says ‘I agree with you in the goal you seek, but I can’t agree with your methods of direct action;’ who paternalistically feels he can set the timetable for another man’s freedom; who lives by the myth of time and who constantly advises the Negro to wait until a ‘more convenient season.’

Five years before I was born in 1968, the Rev. Dr. Martin Luther King Jr. was assassinated. His birthday was turned into a federal holiday in 1986, when I was 13 years old. While Dr. King’s actual birthday was Jan. 15, the legal holiday is observed on the third Monday of January.

As I write this, the nation is in the midst of its annual observation of Dr. King’s birthday. But sadly, as the years go by, King’s legacy in certain circles has been reduced to that of a sweet and demure Black man from long ago, with a dream that children of different races could play together.

The fact is that the real Dr. King was not liked much at all at the time of his assassination. More than 60% of Americans at that time disapproved of King and his tactics. Which is beyond ironic—many times that Dr. King’s name has been evoked in recent years during massive Black Lives Matters protests, it is by white people saying the protesters should be more like King was.

Actually, the protestors in recent years are following in the direct lineage of King and of radical politics and protesting. Whatever his code of non-violence personally, King was very much into disrupting things—and that is what the vast majority of BLM and other protesters recently have been doing.

As we honor Dr. King’s work and legacy, attention must be brought to the words of his daughter, Bernice King, who on Dec. 18, 2021, stated, “if voting rights is still hanging in the balance” by MLK day, she is calling for supporters to “speak and act in a way to ensure that this nation lives up to its promise of democracy, by putting pressure on our United States Senate to bypass the filibuster and instead of taking the King Holiday off, they should make it a ‘day on’ to pass the voting rights acts.”

Voting rights are hanging in the balance and the fact is that Republican-controlled state legislatures across the country have made it exponentially much harder to vote for people in marginalized communities.

While many were celebrating the short term “victories” and what appeared to be a partial return to “normal” in 2021, the GOP and their strange assortment of bedfellows were hard at work ensuring that the wins that we saw in places like Georgia in 2020 would not happen again.

The short attention of white moderates and progressives, many of whom took to the streets for racial justice—along with an overreliance on Black women in particular to do the heavy lifting—created a perfect storm for voting rights to be diminished.

While a dagger may in fact have been placed at the throat of democracy on Jan. 6, 2021, by the former president and his followers, the fact is that white moderates and progressives aided and abetted the erosion of our democracy and the civil and voting rights therein—in large part with their childlike and naive insistence on the goodness of the system and that the process will work in the end. Also, their unwillingness to see that an empire such as the United States is just as capable of failing as any other country.

The past several years have revealed that America is not as strong as she once thought herself. Between the Trump years and the ongoing horrors of the pandemic, we are treading lightly on fragile terrain. Our collective survival will go beyond white, Black and other people of color. In fact, our survival will involve facing a reality that many white moderates cannot even imagine—but for marginalized people, we see the handwriting on the wall and have for a long time.

If you truly wish to honor the real Dr. King and do his legacy justice, please face reality. Search yourself and make a commitment to not be the white moderate who is more concerned with order and decorum than with justice.

As the Jan. 6 insurrection showed us, our enemies are prepared to do anything to subvert justice and equality. Dr. King was a deep thinker and radical organizer who sought both racial and economic justice and who realized that our plights and lives were deeply intertwined.

We honor that man by saying “No” to the whitewashed fairy-tale version of America and civil right and Dr. King himself and instead striving to be like the radical organizer who paid the ultimate price in his fight for justice.

3 thoughts on “To support MLK’s legacy, you must open your eyes and disrupt the status quo”