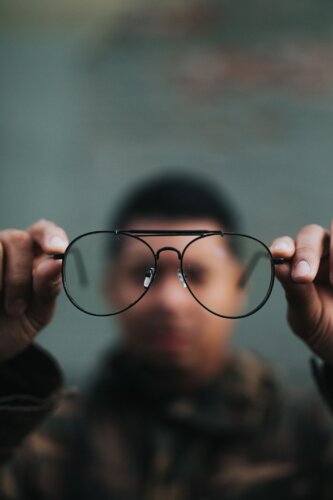 Whether you are an active scroller or user of social media sites—or consider yourself too good for the likes of TikTok or Twitter—there is no denying that social media has reshaped our world, down to the very way that we access information. Today’s journalists frequently break stories and find leads and sources on Twitter, or at least they did before the world’s dumbest rich guy bought the joint to assuage his fragile ego.

In the last decade-plus, white-bodied people in white spaces could learn all about non-white people, particularly Black folks, from social media. I mean, if it weren’t for social media, which helped to birth the Black Lives Matter movement, would you even be aware of the racial disparities in policing? Would you even know that racism is more alive than ever? Probably not.

However, awareness of societal inequity is never enough to create change. More importantly, social media—for all the potential good it does and that it can do—can also create a one-dimensional view of people.

My experience both personally and professionally has been that social media can add to the flattening of Black people, and frankly white folks too. We end up existing in a place where we are defined by a limited binary. One that can, for example, assume all white women to be Karens and all Black people to be underprivileged people with no other lives beyond constant struggle. Neither of which is true.

During my recent holiday break, I spent an inordinate amount of time surfing social media, as I pondered the future of Black Girl in Maine. It has been suggested that I consider using platforms such as TikTok and Instagram to expand my readership.

As I found myself falling deeply down the TikTok hole (that app is a time sucker, where 10 minutes becomes an hour), I was deeply entertained and occasionally educated but the societal flattening became very real to me. If I didn’t know better and didn’t possess the depth of lived experiences combined with learned knowledge that I do, I might think all Black people were living a similar existence that only comes in a handful of styles.

Yet, my Blackness allows me to know that what I see is a snippet of an experience, not the totality of an existence. At the same time, I also understand better why so many white people I engage with online and in person assume that all Black people celebrate Kwanzaa or Juneteenth. In fact, these are two Black holidays that many Black Americans before the era of social media may have considered fringe at best.

That the Biden Administration made Juneteenth a federal holiday in the aftermath of the Racial Awakening of 2020 only adds to the limited view of what actual Black people care about or do with their lives.

What I am saying is that we are currently in a world where you can be a racial justice ally but have very little in the way of real connections to actual Black people. And, as a result, almost no understanding of their lives—their joys, priorities, struggles, needs. This can lead to white people with laudable but problematic behaviors.

It’s how you can easily end up with performative allyship even among well-meaning people. This is why the ultimate goal for white people in racial justice spaces should be to learn how white supremacy not only harms Black folks and other people of color but also harms white people—how collective liberation should always be the goal. The dismantling of white supremacy and capitalism is about all of us getting free from the dehumanizing shackles of whiteness.

Knowing Black people and then attempting to be an advocate for blackness without centering actual Black people beyond the one-dimensional versions of us that exist online is performative and counterproductive.

I say this as someone who is coming up on 21 years in Maine. Living in one of the whitest states in America has given me a view of whiteness that I never would have gotten in Chicago. Many years ago, back when I was the director of a non-profit in Southern Maine that worked with low-income families, it was my first experience with the generational poverty that exists in many white spaces but that is often hidden by the brokers of power, who only want to project one image of whiteness.

Let me be frank: I honestly had no idea a couple decades ago that any but the most isolated and remote white people could be that poor in America. I had no real conception that little white kids outside of Appalachia could live in squalor in the very same Maine county where the 43rd president’s family had its historic family vacation compound.

What I learned in my five years working in that community—while still having to deal with the racism from some of the families that we worked with—has deeply informed my anti-racism work. Not just that but also generally how I work with people, specifically white people. It is why I am thankful to have a personal therapist who trained with Resmaa Menakem and was able to bring his racial lens into my own therapy. It allowed me—and continues to allow me—to bring compassion into my work even when I am dealing with racist white people. Whiteness demands that we dehumanize one another and, admittedly, it can feel well-deserved when you are on the receiving end of racism.

But my personal freedom and growth will not come from using the tools of whiteness.

It is when I saw just how deep the lies of whiteness impact white people—like when a family needed me to sign off on assistance for them, yet all the while I was helping the mom made it clear she didn’t want to deal with a nigger. It will either break you or give you pause. It gave me a lot of pause, though I did have moments of coming close to breaking.

The five years I spent there, working with families in abject poverty, while at the same time having to deal with white folks with means to fund our work, allowed me to see more of the fullness, pain, and brokenness of the system of whiteness. It also became the fuel to launch into full-time anti-racism work as I left that position nine years ago to become the executive director of Community Change Inc.  Just as I had to learn the tapestry of whiteness beyond what I “knew,” I encourage you to learn the rich tapestry of Black people and other people of color beyond books and reels. I encourage you see the fullness of our humanity, without assumptions. It is a critical part of growing in your anti-racism work.

Image by Nathan Dumlao via Unsplash 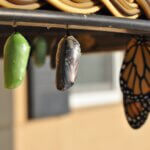 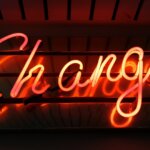 What’s your anti-racism action plan in 2023?

5 thoughts on “Connections and understanding”