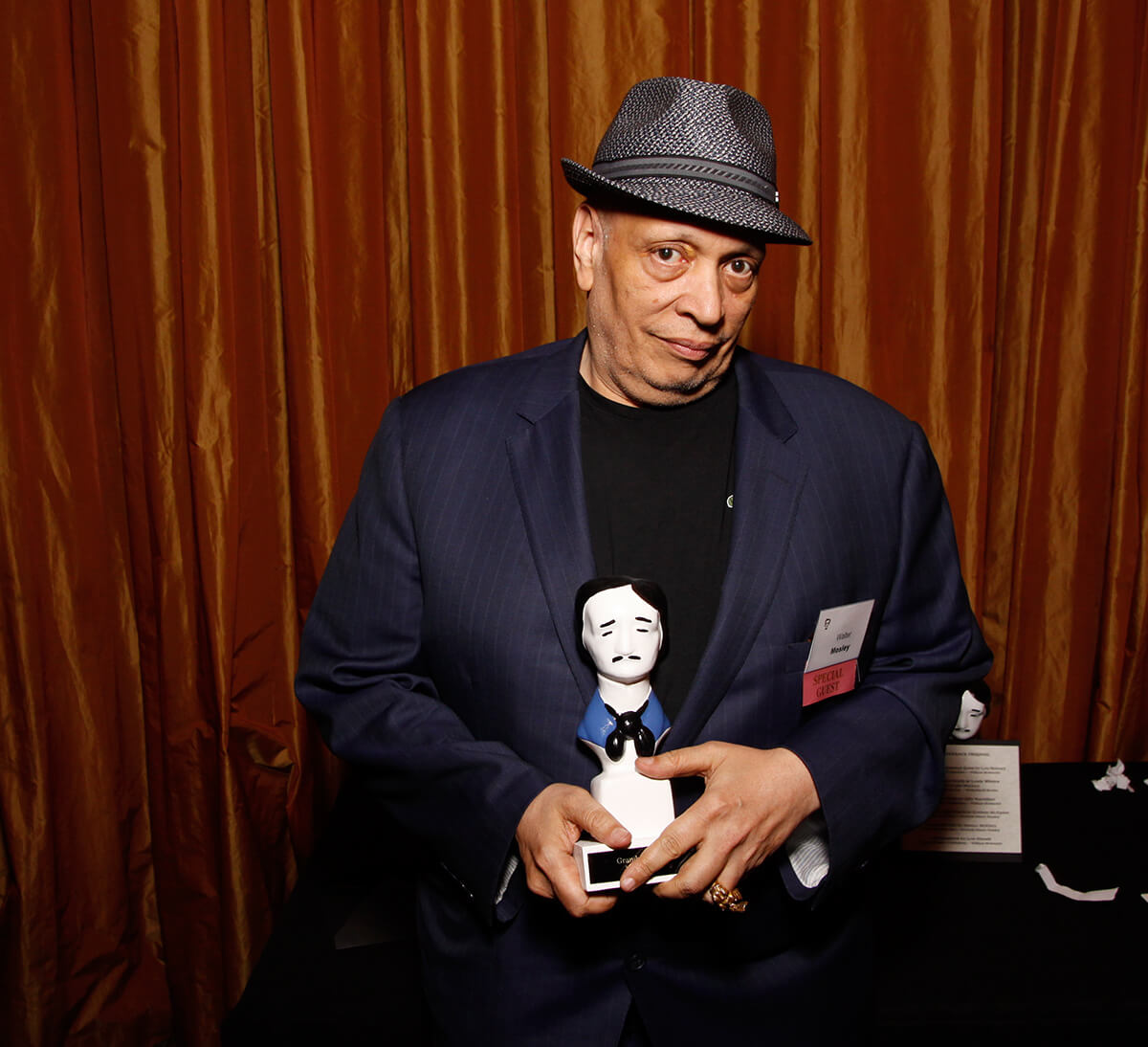 There are few things that white people in general seem to like as much as policing the actions, behaviors and speech of Black people. Be Black and have a BBQ in the park…or take a nap in the common area of the university you attend…or try to enter your own apartment complex…or swim in a pool…or whatever—well, there will be a white person to call the police on you or threaten you or block you or harass you.

It’s a trip, really. A power trip. And it’s long past time it ended.

And now we have famous and renowned Black author Walter Mosley getting a call from the human resources folks at a studio telling him he shouldn’t use the N-word.

Yup. The man who has written countless novels about Black people; many of them in the crime fiction genre. And in case you didn’t catch it before and aren’t familiar with him: he is Black.

So, what happened? Well, he left a show (“Star Trek: Discovery” at CBS Studios) after using the N-word in the writer’s room and then later getting a call from human resources that such language was unacceptable to the studio and made the other writers uncomfortable.

Mosley’s response in an op-ed piece recently: “I have to stop with the forward thrust of this story to say that I had indeed said the word in the room. I hadn’t called anyone it. I just told a story about a cop who explained to me, on the streets of Los Angeles, that he stopped all n*****s in paddy neighborhoods and all paddies in n***** neighborhoods, because they were usually up to no good. I was telling a true story as I remembered it.”

I’ve said it before and let me say it again. Black people can choose to use (or not) the N-word how we decide to. White people cannot. It’s that simple. And I’m sick and tired of white people who say “No one should be able to say the word if we can’t” or any variation of that. It’s a word that out of the mouth of just about anyone other than a Black person (but especially from the mouth of a white person) is violence, pure and simple. For Black people, many of us have our reasons for claiming the word and repurposing it and that’s for us to decide.

We Black folks tell white people that they cannot use the N-word, and so many of them try to find loopholes or excuses as to when they might be all right to say the whole damn word. They are itching to find a way to say it in so many cases even when they aren’t conservative assholes or rabid racists. Black people make it clear that certain words for them aren’t cool (from colored to pickaninny to coon to mulatto) and for the most part white people, even the nasty ones, will steer clear of them. But the N-word, which is the nuclear option that Black people keep saying white people should steer clear of? For some reason that’s the one white people have to be able to use…at least sometimes.

And when they can’t, apparently it’s time to police Black people’s use of the word.

Sorry, we’ve taken it back. It’s ours. Get used to it. Get over yourselves if you think you have any ownership of it or right to tell Black people how, when or if to use it.

I have grown up knowing that there are certain words that aren’t mine to use. Slurs for Italian people or for gay people or any number of other groups. They are words I should not use, and so I don’t use them. But I don’t tell people in those groups how to use them or whether they should. And the fact is that none of those words carries as much baggage and dark history as the N-word. So, if I know not to use words I shouldn’t use that are bad but aren’t as bad as the N-word, how hard is it for non-Black people to realize the same about n*****? Why is this so hard?

I mean, I know why. Because Black people are, along with Indigenous People, the most reviled, least respected people in the United States. The ones who “need” to be told what to do. Who aren’t allowed to have anything that isn’t either shut down or co-opted or otherwise stolen from us.

Walter Mosley is a Black man who has seen some shit in life and written about some shit and if he drops an N-bomb or two, that’s his choice.

If white people so often can try to find ways to justify how they should be able to say the N-word or write it right now or in some future context, then I’m pretty damn sure they can hear the word from a Black person’s mouth without melting on the spot, deal with it, and avoid calling HR to drag him for doing it.

(Photo of Walter Mosley from his official website, www.waltermosley.com, regarding his receipt of the 2016 Grand Master Award by the Mystery Writers of America)