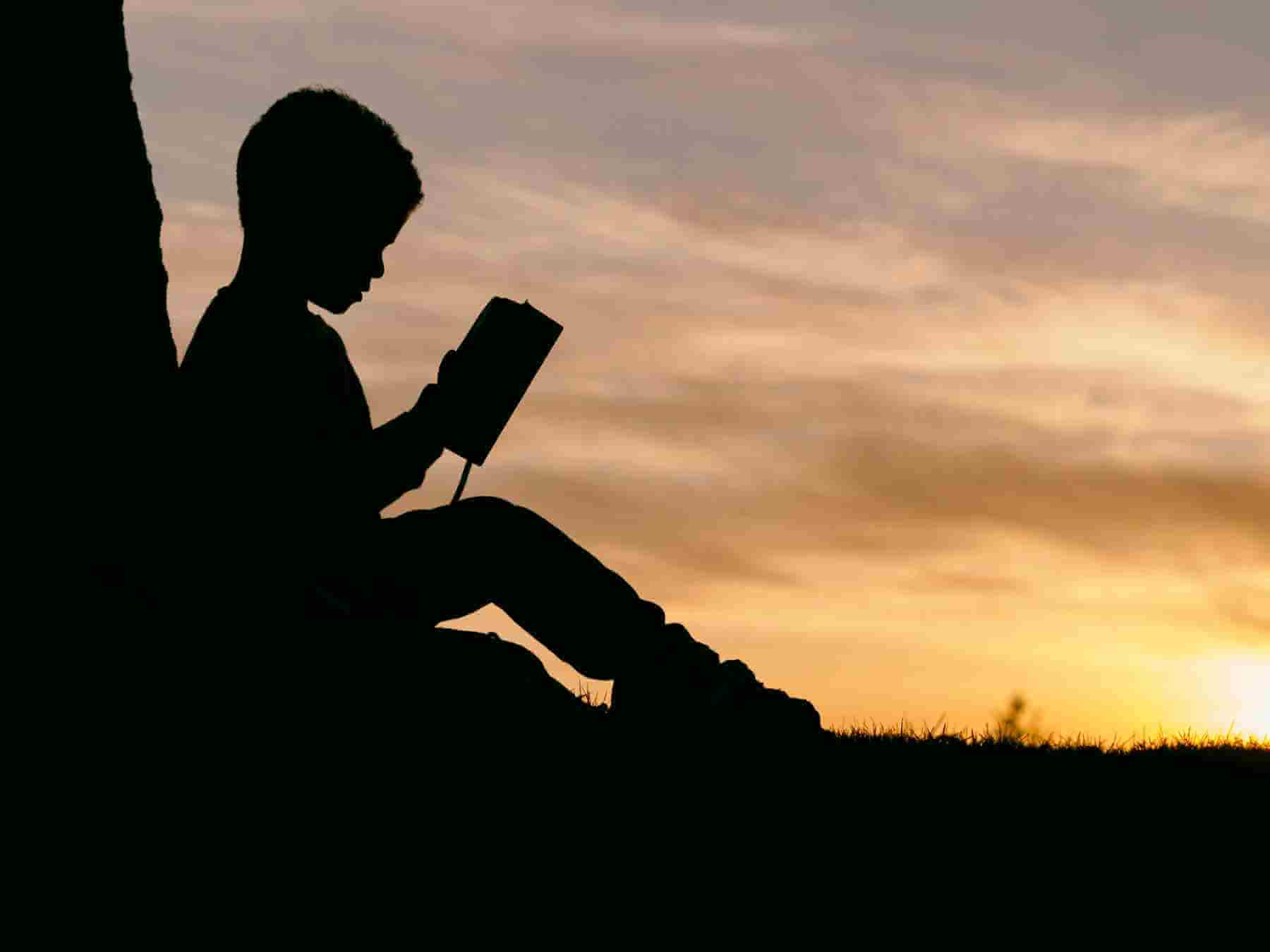 It has been with blinding speed that the United State has fallen from her mythical perch—as the vaunted shining democracy whose beacon light guides all freedom-loving people everywhere—to the deeply divided cesspool of ignorance, intolerance and disdain for science and our fellow humans that much more accurately represents where a good third of our citizens and at least half our politicians actually comfortably reside (and have for a long time).

Again, I used the word “mythical” for a reason. Americans in general have long had a very inflated view of how free, stable, democratic and caring this nation is. But things are getting worse fast, and what was sometimes well-hidden or at least loosely covered by a pretty blanket is now plain for the world to see. What respect we were given is disappearing fast and not only does it mean our global reputation going down the drain but what’s happening also threatens us all here at home.

For Americans with any modicum of care and concern for the greater collective (and any self-awareness and discernment), the coming days and weeks (and months—maybe years and perhaps even generations to come) will be faced with some truly hideous hard truths and reality.

Since this spring, we have watched America crumble from first-world status to something suspended between the third and fourth world. And in case you haven’t noticed, we Americans are effectively trapped in this hellhole, as we are no longer welcomed in most countries in the world.

While the Trump administration’s response to the coronavirus has been beyond shameful, the fact is that  too many “rugged individual”-style Americans have also made personal choices that have contributed to our current state. Sure, the Trump regime played the American people like the finest Stradivarius violin, but the truth is many of us chose to ignore reality. We assumed that what happened elsewhere could never happen here and even as we saw European countries such as Italy lock down, we still chose to ignore the fact that a virus does not respect geographic boundaries—much less personal ill-informed human feelings about whether hand-washing and mask-wearing is really all that important.

Our almost childlike need to cling to our “normal” meant that we couldn’t accept reality and even now, in the midst of the battle with this virus, too many Americans are refusing to accept that our lives are changing. Friday night wings and beer sans a mask is not compatible with wellness in  the middle of a global pandemic where simple proximity to others can cause illness.

Now we are months into this thing, and any headway that we could have been made in mitigating this virus is gone as the country explodes with the virus from sea to shining sea. As of this writing, the only state in the union that is managing well happens to be my little state but I know that can change at any point.

With extended unemployment benefits winding down and people eager to get back to work, we have in particular the very real issue of what to do with the kids. In the ideal world, kids would be able to just go back to school, but we aren’t in the ideal world—we are in the real world. A real world in a country with a new and unknown virus running rampant, meaning that what we knew to be true even weeks ago about this virus is subject to change.

Initially it was thought that coronavirus disproportionately affected older people and people with underlying health conditions, but that seems to be changing as the median age of infected individuals has dropped from 60 to 37 and we are seeing youth affected, including babies.

Which means that the idea of sending school children to school is a gamble. Never mind the fact that those school children are in buildings with teachers, staff and all the adults that keep the schools running. Adults who go home to their loved ones and communities; adults who could conceivably pick up the virus from little Danny and pass it on. Or that far too many schools in this country are not designed to have socially distanced classrooms. As a result, many districts are looking at possible hybrid models of some classroom time combined with remote learning or, in some cases, straight remote learning.

But as we adapt (or in some parts of the country stubbornly continue to refuse to), one thing is clear: this virus is allowing us to see just how inequitable this country is.

Remote learning in the spring was not really all that good, but that could be in large part because the teachers who were used to classroom teach just a week earlier were suddenly told they needed to bring their classroom game to the Zoom room. I don’t know about you but that is a helluva pivot. Shit, when I shut the CCI office (my “day job”) down in Boston in mid-March, I told the staff to take the rest of the month off with pay so I could reconfigure our operations as a virtual outfit. I can’t imagine being given less than a week to restructure my job and create the same learning experience online that one gets in a classroom. As a public speaker trying to figure out how to virtually give the experiences I gave in person, I can say that is a hard task.

Fast-forward to the current moment as school districts, teachers and parents are trying to figure out what this fall will look like for their kids. Can I just stop and say that both parents and kids are stressed out? My youngest is turning 15 and pretty self-sufficient but if this pandemic had hit several years ago, I would be losing my shit. So to any parent reading, who is stressed, I see you. I stand with you.

Sadly, as parents plan ahead, racial and class inequity are rearing their heads as parents with means are looking at quarantine pods (also called quarantine bubbles) with tutors and an educational focus so they can bypass having to send their kiddos to school. Truthfully, as a parent—and this may shock you to hear—and even as a Black woman who is committed to anti-racism values and who is a parent, I get it.

Sending kids back to school this fall, whether full time or part time, feels like the ultimate game of Russian roulette. Never mind that in a pandemic, going back to school is not going to be normal. Personally, my children are my treasures and I don’t want to entrust my treasures to this massive experiment.

The problem though is that educational pods with private tutors are going to leave less-privileged children behind. Even if the 2020-21 school year were cancelled, we know that things would still not play out equitably since parents with means would still be able to provide enriching resources and activities to their children that the less-privileged would not be able to access. Even in a global pandemic, there is a fear of falling behind—never mind that the rules are made by humans who are still in many cases set in their ways…and that this drive to succeed “properly” is simply a deeper manifestation of whiteness at work.

In the ideal world, the federal government could do something, like universal income and healthcare as well as resource reallocation for students. But expecting the same kind of effort and structure that created the white middle class decades ago (with vastly preferential treatment to white folks and which disenfranchised Black and brown folks) and having it done right and for everyone is probably not gonna happen without a fight.

This is when white allies, accomplices, friends and the newly woke need to engage in resource mobilization and working with marginalized communities. Look at how solutions beyond token scholarships and other isolated bandage solutions could be used to help all school kids.

We know that despite the economy being in tatters, there are still millions who have the capacity to give. In May and June, anti-racism efforts, bail funds and other work by progressive groups saw unprecedented levels of giving. All parents want the same thing for their kids, and right now, it is clear that we can’t expect the federal government to save us—especially since the current regime is snatching people off the streets, but I digress.

This moment is a whirlwind, but it is also a moment where we have the possibility to move beyond the performative into real care for each other—because mutual aid and care might be our only true means of hope. We need collective care and support along with collective voices that push back on the narratives that say we must do XYZ. Because if we as Americans truly want to be as exceptional as we fooled ourselves into believing we were all along, we have a lot of work to do. It can only be done together and with shared purpose.

Image by Aaron Burden via Unsplash