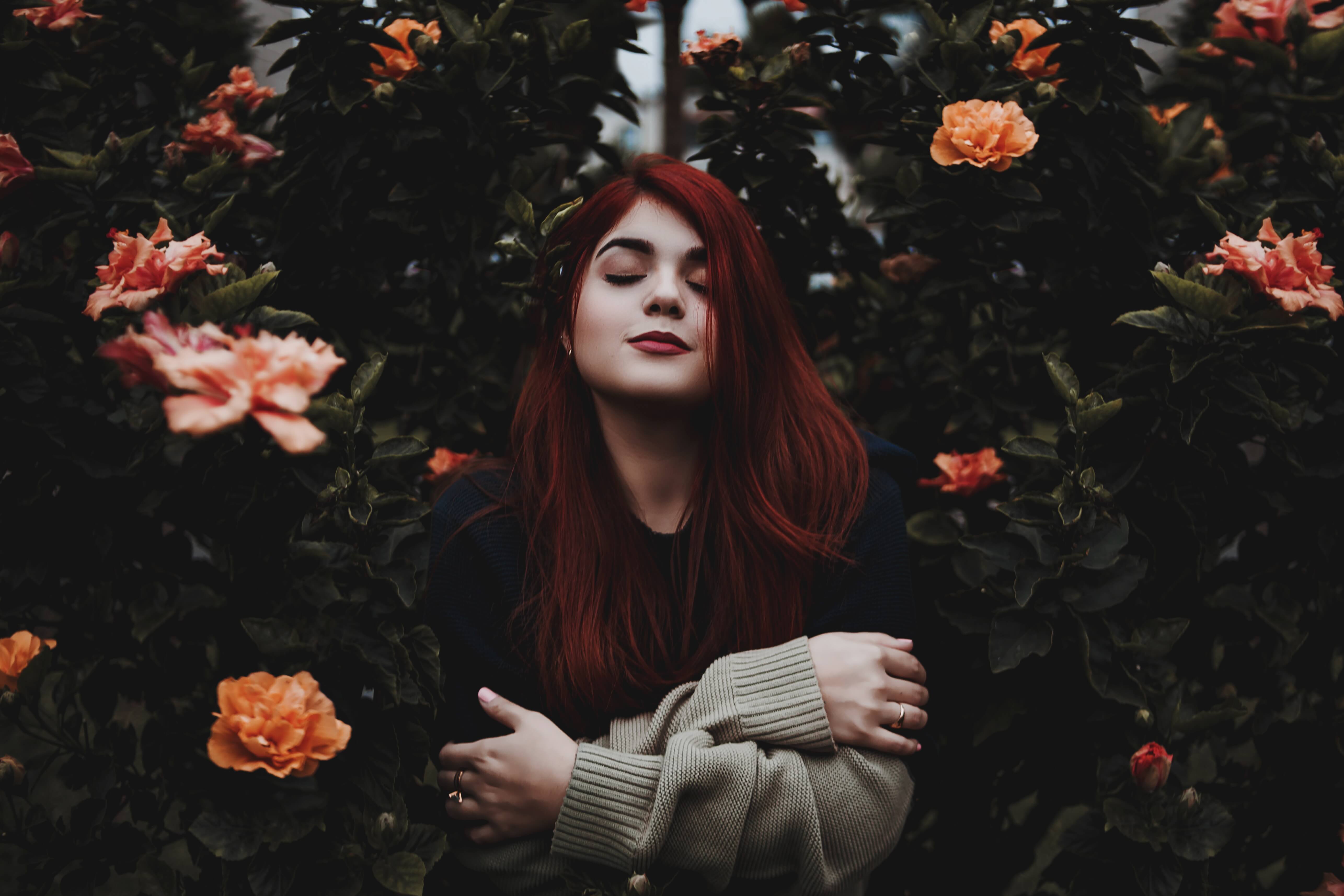 Despite the clear chorus of voices in recent years—including yours truly—being quite clear that racism is intentional and systemic in nature, I’m not sure the message has gotten through much. Too many people fall back into believing one of the greatest scams of white supremacy and the system of whiteness—that somehow niceness is a key ingredient in creating social change. While there are times to be nice, the process of fighting racism is typically not one of them.

For those of you who want to hug, smile or sweet-talk our way out of racism or any other system of marginalization and oppression, I am sorry to inform you that for these kinds of things, niceness is a tool of control. Niceness is how we have stifled women and girls, it’s how we have stifled Black people and other POC, and it’s how we’ve stifled so many others. Frankly, white society’s demands to be nice drains many of us of our full human potential.

Too often, niceness keeps us from getting real and having the conversations that we need to have. Niceness also has become a lazy excuse for doing the actual work of change when in fact we aren’t doing anything other than giving ourselves a self congratulatory pat on the back with no real benefit to marginalized people. Or, worse than that, when we create real harm instead through “polite” behavior and keeping things “positive.”

As of late, the news has been filled with serious stories that should make us all pause but, instead, many of us focus on the feel-good, “nice” moments and images.

When disgraced former Dallas police officer Amber Guyger was recently sentenced to 10 years for the killing of her neighbor, Botham Jean, Jean’s brother Brandt read a victim impact statement where he spoke directly to Guyger and told her that he forgives her. He said, “I love you just like anyone else. I’m not going to say I want you to rot and die, like my brother did. I personally want the best for you.” He also embraced Guyger.

While there have been many hot takes about these incidents, the one that has really stood out to me is the emphasis by many on how heartwarming both Kemp and Botham’s brother’s actions were.

Yes. They were absolutely heartwarming and if you happen to not be among the inheritors of a 400-year-old, intentionally designed system which has categorically denied Black humanity. An act of kindness could simply be an act of kindness, but that’s not the world in which we live.

The reality is that Black anger is scary to most white people; in fact, a lot of Black emotions are scary (or bothersome in some other way) to a lot of white people, even joyous ones.

That fear or hatred of Black emotion is why, as soon as a Black woman raises her voice or shows an iota of emotions other than demurely pleasant ones, she is labeled an angry Black woman.

White fragility cannot handle Black emotions and, as a result, far too many Black people—as a matter of survival—have learned to tamp down our feelings in the vicinity of white people. Until the day in which most of us are not beholden to white people on some level for our daily bread and there is a collective healing of white people which includes an ancestral atonement and the dissipation of white fragility, there will always be some level of hiding going on. And that shoving down of our real and legitimate feelings  is read by white people as being civil, a “class act” or nice.

The problem is that these feel-good, nice moments are not how we dismantle white supremacy. It’s how we feed the system that allows white supremacy to continue to perpetuate.

While the Brandt Jean’s actions along with Judge Kemp’s actions create an illusion of change, the fact is that historically when Black people have been harmed by the actions of white people, it is almost always incumbent upon Black people to extend grace and forgiveness to the white people who created the harm.

Rarely is that grace and forgiveness a two-way street. Too often, white people refuse to extend that level of humanity and grace to Black and Brown people. If you doubt me, go look up Trisha Meili, better known to the world as the Central Park jogger. Despite the eventual exoneration of the men, who were children when they were initially charged and convicted of attacking her, she still doubts whether her actual attacker acted alone.

Her comments in the wake of the release of Ava Duvernay’s “When They See Us” makes clear that she didn’t see the men who were children initially as victims of a corrupt and racist system and that together, there were six victims that night. She and the falsely accused men all had their lives turned upside down and destroyed, but in her view they don’t seem to be victims at all.

As an assault survivor, there is not some notable call by society asking her to extend grace or forgiveness to her actual attacker—we don’t have any expectation of such a response. Yet we regularly ask the victims of racism to forgive and extend grace to those who harm them.

Moving along, Ellen Degeneres found herself sharing a “kind moment” that warmed the hearts of many, when she was hanging out with former President George W. Bush at a Dallas Cowboys game. It seems that the two have a bit of a friendship, which raised many eyebrows (but not as many as one would hope).

After all, Bush is the man who was at the helm of the United States when the 9/11 terrorist attacks and who rushed us into a series of bad decisions in the aftermath of that terrible day that fundamentally reshaped the United States and led to many more unnecessary deaths than the actual 9/11 attack caused. That’s the quick and dirty version. Never mind this is the same man whose ineffectual actions led to needless suffering and death in the aftermath of Hurricane Katrina (actions which disproportionately harmed Black people)—a man who got on national television and told us that the former director of the Federal Emergency Management Agency (FEMA), was doing a heck of a job, with the cleanup process after Katrina, when nothing could be further from the truth. Bush would also be the same man who opposed same-sex marriage.

Truth be told, there wasn’t exactly a lot good that occurred under Bush and the effects of the harm he did still linger. Yet for Ellen, following the golden rule and being kind to all, matters more than Bush’s past transgressions—to the extent that she will participate in the steady work to “rehabilitate” Bush’s image and absolve him of sins he hasn’t acknowledged or apologized for, much less tried to remedy. That’s nice that you want to hang out with Dubya, but Bush wasn’t just any old person. He spent eight years as the most powerful human on the planet—hell he is the son of a former president who had sin aplenty himself.

Look, there is being cordial because that’s decent behavior, but jaw-jacking with a guy who in another time and place would be considered a war criminal is a very different thing.

We can be decent, we can be cordial. But extending open warmth and grace to a man whose actions caused vast undue suffering is beyond the pale. But such actions are how power, privilege and white supremacy continue to perpetuate and go hand in hand.

Admittedly in the era of Trump, when the world is a fucking dumpster fire, many are looking back at the Bush days as warmer and kinder. But really, it was just a more sanitized version of our current reality. Trump is honest about who and what he is and as a result, we have been forced to face our own reality about who we are as a nation.

We are a racist, sexist and xenophobic nation with pockets of hope and the potential to do better. But the potential to do better involves a reckoning and a level of action that extends far beyond civility and kindness. If the foundation of your house is rotting, you aren’t going to slap a coat of paint on it and declare the problem fixed. Yet that’s what we are essentially doing when we believe that structural issues in our nation can be fixed with a collective dose of niceness.

The fresh paint job may look great but it doesn’t fix the underlying problem that will one day bring everything crashing down. And ultimately that is the problem with kindness as the cure to racism. Individual kindness will not change a criminal justice system that disproportionately locks up Black and Brown people. Kindness will not close the racial wealth gap or racial health disparities gap. Kindness won’t stop a Black person from being killed by a white cop whose societal upbringing and implicit bias teaches him to see Black bodies as threatening even when they are unarmed and sitting on their own couch enjoying a bowl of ice cream.

Kindness just feels good in the moment and make for a good photo opportunity. Let’s do more than be kind. Let’s create real change.

Photo by Joel Valve on Unsplash