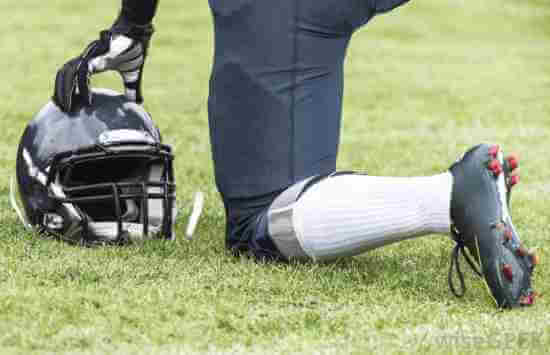 Football player Colin Kaepernick began silently kneeling during the national anthem as a protest against racial injustice and police brutality in August of 2016. Since then, other football players have joined him in peaceful demonstration as an act of solidarity. Despite their efforts to shine a light on one of America’s most glaring humanitarian crises, people—particularly white people and the media—have chosen to instead discuss the First Amendment, as well as the national anthem, the American flag, and the patriotic ceremonies which surround them. But this should not come as a surprise. Flipping the script on discussions about racial injustice is an American tradition that has been carried on throughout the decades. People—particularly white people—cannot bear shining a light on the nation’s racial wounds, so they change the topic as a way to silence dissent and escape the discomfort associated discussions of race.

When Tamir Rice, a 12-year-old boy, was shot and killed by Cleveland Police, calls for justice and sympathy were drowned out by claims that the shooting was “tragic” but “reasonable.” No one wanted want to talk about the fact that Tamir was a child in middle school. No one wanted to talk about the fact that the police officer who killed Rice was later terminated after lies were found on his job application. According to the Los Angeles Times, Officer Timothy Loehmann was sacked for “not disclosing that he had resigned from his previous position as a police officer in Independence, Mo., to avoid being fired for insubordination, emotional immaturity, dishonesty and mishandling his gun.” (Unsurprisingly, charges were dropped against Timothy Loehmann.)

“To me, this is bigger than football and it would be selfish on my part to look the other way. There are bodies in the street and people getting paid leave and getting away with murder.” – Colin Kaepernick, San Francisco 49ers.

These are just two examples of hundreds cases where the police shot and killed unarmed Black people and got away with it—add to that the number of cases where some punishment was applied, and add to that the number of civil cases settled outside of criminal law. The sum total of these incidents represent a human rights atrocity. According to a study by American Journal of Public Health, Black men are nearly three times as likely to be killed by legal intervention than white men. It is because of these injustices that football players have taken a knee during the national anthem.

“It baffles me that our protest is still being misconstrued as disrespectful to the country, flag and military personnel. We chose it because it’s exactly the opposite. It has always been my understanding that the brave men and women who fought and died for our country did so to ensure that we could live in a fair and free society, which includes the right to speak out in protest.”- Eric Reid, San Francisco 49ers.

Many people—particularly white people, especially white people on the political right—will say that there are other ways to protest. They will say that the sanctity of the American flag and the national anthem is directly tied to the value of the lives of the people who have fought and died for the country. It’s a drum beat that has been carried on by the president of the United States who encourages all citizens to respect the flag and “the men and women of the United States Armed Services.”

But it’s hard not to notice that a large number of people who recite the aforementioned rhetoric were noticeably silent when then-candidate Trump disrespected a Gold Star family, or when he disrespected the service of Senator John McCain who was imprisoned in a Korean military camp for five years, or when he most recently disrespected yet another Gold Star family. These incidents were quickly explained away as politics as usual, fake news, and fabrications from people who just want to hate on 45. But the disproportionate scrutiny applied to football players verse the person who leads the country seems a little suspicious.

It seems suspicious that it wasn’t neo-Nazis or the KKK, nor the death of children like Tamir Rice, nor the extrajudicial murder of unarmed citizens which mobilized millions to speak out but rather it was kneeling football players that really angered people. It’s seems suspicious that the anemic hearts of those who actively ignore issues of injustice and inequality are now hemorrhaging over symbols, ceremony, and respect.

Instances of hypocrisy are rife on both sides of the aisle and all walks of life, there is no doubt about that, but none more glaring than that which comes from those who speak out against Kaepernick under the guise of patriotism, liberty, and justice.

These protests are not about the military, those who serve in it, the American flag, or the national anthem. Anyone who says otherwise is either actively or ignorantly evading their own discomfort with racial topics. These protest are about racial injustice and they always have been and they always will be.

3 thoughts on “It’s all about race”