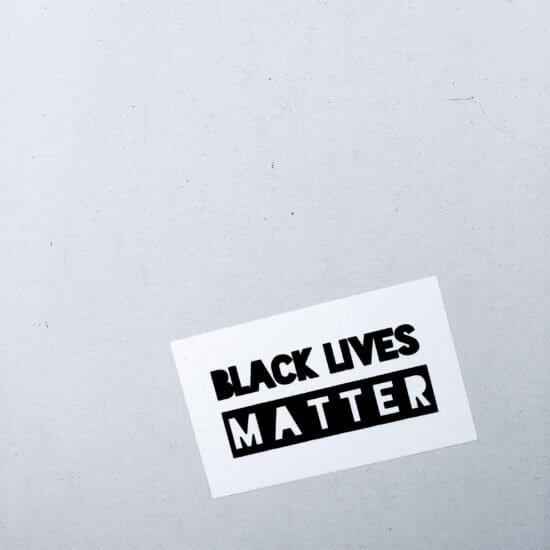 As someone who has written about racism since 2003 and been the head of an anti-racism organization since 2014, my focus on racism as a social ill is rarely personal.  I couldn’t care less what individual white people think of me because, on a personal level, it’s rare that said person has the ability to impact my life. The problem, however, is that for those of us in racial justice and other spaces that intersect with race, we are aware that for the white layperson on the street, racism is perceived as a matter of personal choice. And, in the era of Trump, rather than go deeper in analysis of how ingrained it is and how pervasive it is—and how much of a power imbalance exists between white people and people of color in America—instead it becomes easy to talk about “hate on both sides.”

The problem with this analysis is that hate on both sides is not a real thing in a country built on the foundation of white supremacy. Prejudice on both sides? Bigotry? Absolutely. Learned reaction to systemic oppression and personal bigotry on both sides? Yes. But racism on both sides? Not possible.

However, in order to understand such a framework requires understanding what exactly racism is and why it is embedded in the DNA of our culture.

Our national inability to shift the institutional and cultural lens on racism is in large part due to our scattered and surface approach to racism, which centers white ways of being as the cultural norm and assumes that if everyone else assimilates and thus becomes palatable to the white gaze, then our race problems will dissipate. The problem with this approach is that after the Civil Rights work of the 1950s and 1960s, combined with the diversity work of the late 1980s through 1990s, very little has changed at the structural level. The vast majority of power, privilege and money is situated in the hands of white people who have had a multi-generational head start in accruing wealth.

Even in looking at the election of our first Black president, white people personally chose to vote for Obama but little was done to shift the racial infrastructure; hence, under our country’s first Black president, Black people saw little in the way of societal gains. Black wealth did not accrue, we saw an increase in extrajudicial killings of Black people and by all indicators, the racial scales were not balanced. In fact, a Black president in the White House seemed instead to intensify racism among white people. Obama’s win was a psychic but ultimately hollow victory for Black people—made worse by the election of Donald J. Trump whose “Make America Great Again” was the ultimate dog whistle to take America back to a time where white people were in charge and non-white, Christian, non heterosexual people would know their place.

Despite a year filled with overt racism that is openly espoused by our commander-in-chief, we are no closer to unity in large part because working towards solutions requires a level of  honest dialogue that, frankly, many white people are not ready to have at this time.

A few days ago, I shared a piece over on the BGIM Facebook page by a fellow blogger that admittedly had an inflammatory title but which I believed had the ability to stimulate a deeper discussion. Instead, the conversation was derailed by individuals who believed that I was issuing a call to kill old white people despite never saying such a thing. I lost a day to a slew of messages from individuals expressing their disappointment in me and in some cases threatening to pull their support. The most fascinating part of this was that I did not write the piece, It was written by a middle-aged white man who is on his own journey of grappling with white supremacy.

I don’t believe that I erred in sharing the piece, but what surprised me was the chorus of white people who were emphatic in their declaration that neither they nor their loved ones are racist. That’s great, if that’s actually the case, but this is not about individual white people. This is not about your one family. This is about a nation that centers whiteness. This is about a country that has privileged white skin at every conceivable turn while systematically denying the humanity of black and brown bodies, This is about finding the courage to say that without shame or guilt as a white person but understanding that the only path forward to breaking this cycle is by not getting defensive but instead actively working to dismantle the systems that we all live within and operate under. It’s about being intentional. It’s about looking around in our communities and asking: How can we change things? How can we break the hold of toxic whiteness that holds us all back? It’s about asking why are white women voting against their own interests as women but instead upholding white supremacy when they vote for the Trumps and the Moores of the world. It’s about breaking through the white fragility that lashes out at people like me who ask these questions—and asking yourself: How do I move beyond my white  fragility?

One of the criticisms that I hear often is that I don’t provide solutions to the problem. I would counter that I do but that we as a collective haven’t done the work to move forward. Instead we are trapped in a cycle that for many white people is hard to escape. In part because of the seductive allure of whiteness that makes conversations about race and difference an option and not the matter of survival that it is for many people of color, especially Black people. Until these conversations become urgent for all of us, nothing changes because we will continue our scattered and surface approach rather than a strategic overhauling of all that harms us.

At the end of the day, that’s the solution. Changing the entire framework of our country and all of its systems of operation to embrace difference and make a truly level playing field. The problem isn’t that me and others don’t have solutions. The problem is that most white Americans don’t really want that level of change. And so that is the first thing we have to do: Convince them it’s worth doing. Telling me that you and your family going back a couple generations aren’t racist or overreacting to the headline of someone else’s piece of writing that I share doesn’t do that. It just centers you and your whiteness and ignores the larger picture.  If you and your family aren’t racist, that’s a good but small start. Now start convincing the white people around you to reject their racism (Oh, and before you pat yourself on the back too much, dig a litter deeper to see what kind of prejudices you still might actually carry toward some or all non-white people and the ways you may subtly undermine them or hold them back.)

4 thoughts on “A little bit of this, a little of that…Let’s talk racism and next steps”