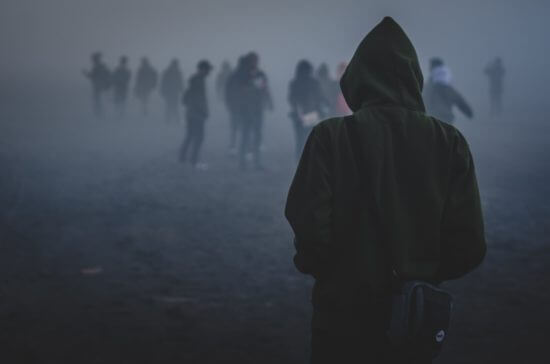 Despite still being trapped in a pandemic, the world is clearly coming back to life, because we have decided that after 13 months, we are done with COVID. Never mind that COVID hasn’t quite signaled that it’s ready to exit. Or that it’s done with us.

And, in America, a return to normal means two things, Black and brown people being executed by the police and the return of mass shootings.

In the event you have been unplugged, let me recap the recent happenings in America. While the Derek Chauvin trial was underway—and while we are still processing the senseless killing of George Floyd by Derek Chauvin—just a few miles away from the courthouse Daunte Wright, a 20-year-old Black American, was pulled over for minor traffic violations that included an air freshener hanging from the rearview mirror and expired tags. These “crimes” led to Wright being shot and killed by now former police officer Kim Potter. Apparently, the officer meant to use her taser and “somehow” even with 26 years of experience as a police officer, couldn’t tell the difference between her taser and her gun.

Now, a young man is dead and his young child is without a father. Another Black family in America has lost a beloved child and the rest of Black America stands with them in grieving, knowing that at any moment, it could be one of us. None of us are safe—but when have Black people ever been safe in America?

Safety is not part of the Black experience. To be Black is to understand that every breath is a gift because too often our mere existence is deemed a threat. We can be executed at any moment, whether in our homes enjoying a dish of ice cream, sleeping in our beds, driving down the street, or walking home with a bag of Skittles. You get the point. There is literally nothing we can do, including just watching the birds, where some white person is unable to just decide that we are a threat. And if John Q Law is called, well, that could be a wrap for us.

Living with this knowledge means that every time one of us is killed, we all feel it. It isn’t just a news story or a conversation. It’s a jolt of PTSD and a reminder, as ole church folks used to say, that “There but by the grace of God go I”

Weeks like this weigh on our collective souls, and for Black mothers, we weep as if it were our own child—because in many ways, it is our child. Every time a Black person is lost to the state, it is a reminder that despite the lies we tell ourselves, we aren’t really free. But most days, to utter that aloud is too much to bear. So we organize, we raise money, we take to the communal gathering spaces to share our pain and rage. And if we do so in the digital space, that means hearing well-meaning white voices repeat ad nauseaum lines like “this isn’t America,” “how is this possible” or some other line which at this point feels rather hollow.

If the souls and bodies of white people were snuffed out by jack-booted thugs of the state with the type of regularity that Black people face, I would like to think that we might have actually reformed policing some time ago. But with white supremacy as our core American value and foundation, we all know that will never happen. No, in America, young white men can commit mass murder and they will be treated to Burger King. Hell, they can commit treason and will be fed organic diets in jail. Or in the case of Kyle Rittenhouse, they can kill in the name of upholding white supremacy and individual agents of the state will donate to their defense fund.

While Black America was collectively grieving this latest execution, we received word from my hometown that a recent police shooting of a 13-year-old child was indeed an execution at the hands of the police and that the police had actually lied about the original details. Adam Toledo, a Mexican-American, was in fact complying with the officer’s orders to put his hands up when he was shot and killed by a member of the Chicago Police Department. While the Black community bears the brunt of police executions, no community of color is safe and neither are our children.

I am trying to imagine a universe where a white child would be summarily executed by the police like this, and I can’t imagine it. Chances are that you can’t either.

It has become clear to me that we are beyond the point of awareness. We need action and intentionality, and that includes facing the reality that policing as we know it cannot be reformed. How do you reform an institution whose roots are based on catching slaves? You don’t reform it; you abolish it. Then you look for new ways of being. At the very least, you defund and reduce allocations to these police departments who too often think a cop shooting hoops with kids of color or a few more Black and brown faces on the force is the way to change.

We need to stop just talking online and we start looking at our local systems and figure out how we are each going to create change in our communities. We have to stop looking to magical thinking or hoping that others will save us and start rolling up our own sleeves—committing to change in our own communities. But that requires a willingness to step out of our own comfort zones and stretch. Because no matter how many books you buy and read or how many times you read my words or post on Facebook, that doesn’t change things. That is simply the foundation needed for you to become aware so that you can then move to action.

If you truly care about Black people and other communities of color and the desire to dismantle white supremacy, now more than ever you must move from talk to action. If you are not aware of local abolition efforts in your community, connect with your local SURJ chapter and they can point you in the right direction. If there is no chapter, start one.

Despite what some will tell you, we aren’t all racist regardless of color. Racism isn’t something that crosses all color lines. As a Black woman, my words and tears will never carry the power that a white woman’s can. My Black son will never be viewed as an equal danger by police as a white man would.

Racism is about power and privilege, nothing less. And in large part thanks to the way policing is carried out, white people hold that power and privilege at the end of state-issued guns. So, we must disrupt systems of power and privilege. And as for the Black folks in your life, unless you truly have a deep connection with them, this is the kind of moment where it is probably best to just give us space to grieve, or send a few bucks to get an extra coffee or a bottle of wine. Those are probably better ideas than trying to engage in weighty conversations at this moment, because those talks at this time are not helpful. Frankly, they are enraging. We are grieving, we are hurting, we are tired of this pain. 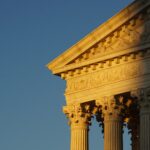 1 thought on “We are beyond “awareness,” and the pain is too much”