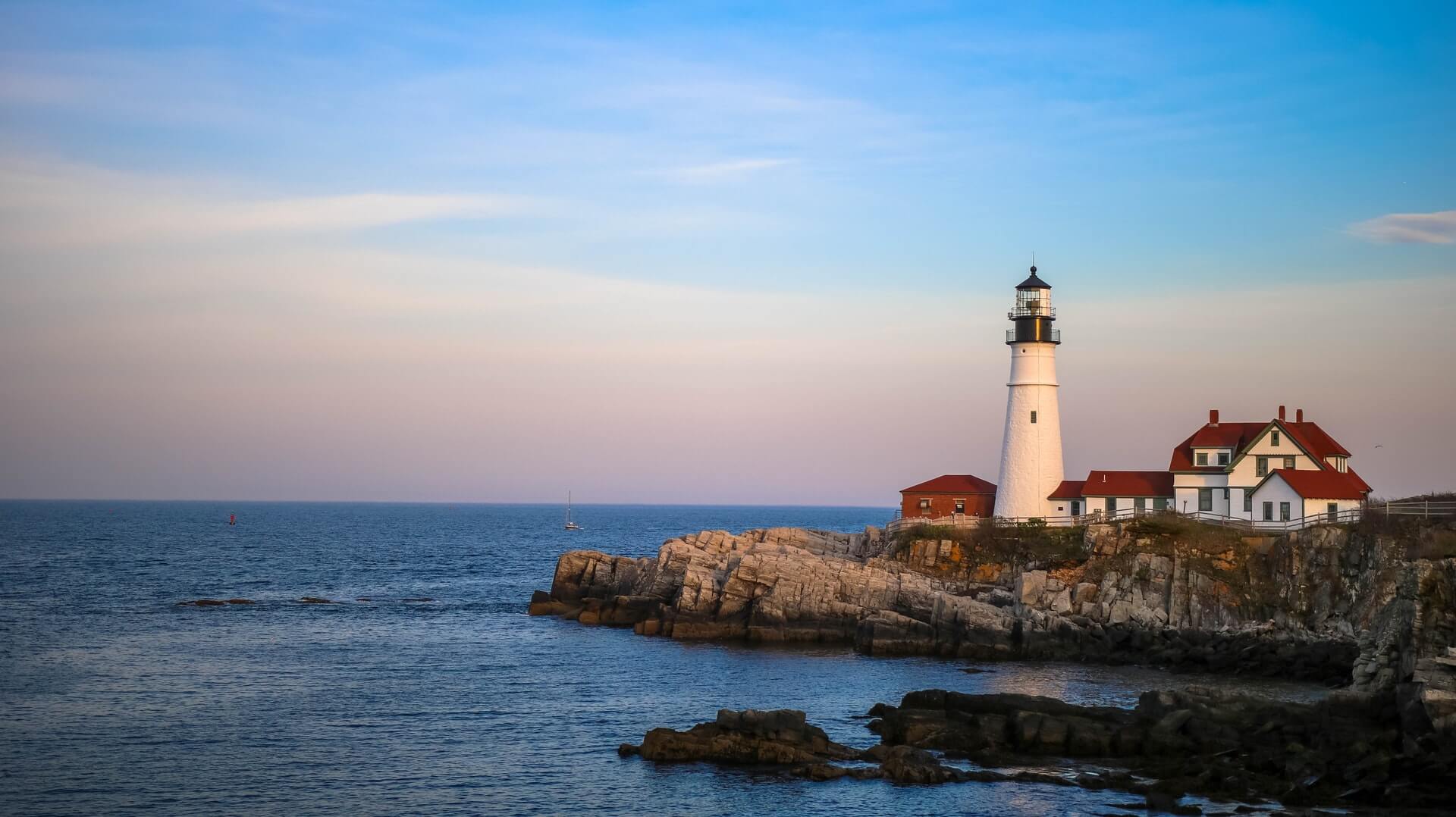 Over the years, people have asked many times what brought me to Maine. I used to tell folks that I was in the witness protection program, but when people started taking me seriously, I started giving the short answer: family reasons.

Family reasons indeed are why I landed in Maine almost 20 years ago, but even that simple answer is far more complex. I moved to Maine in 2002 due to a then-nasty and protracted custody battle with my first husband. The sanitized and public version is that we needed to be in the same state and he wasn’t coming back to Chicago—and regardless of who did what, our son deserved better than to be a frequent flier before the age of 10.

Suffice to say, moving to Maine didn’t bring me joy. But as a mother, I would walk the depths of hell, literally and figuratively, when it comes to my children. There are three people in this world who I would lay my life down for if I had to: my son, my daughter, and my grandson. Given the length I will go to for my kids, moving to Maine wasn’t such a bad sacrifice.

However, the daily reality of Maine in 2002 was otherworldly compared to my life in Chicago. Believe it or not, despite the questions I’ve gotten over the years about it, the weather here has never been an issue. Look, I was born in the dead of winter in Chicago. The city’s nickname is the Windy City, and the wind in Chicago isn’t just the wind, it’s called the Hawk. Growing up, winters with temperatures of 5 degrees Fahrenheit with a wind chill of 20-below were not uncommon. Long underwear was a staple of my youth. And snow? Before the acceleration of climate change, snow and lots of it was part of my winter life. I will never forget starting a new job in 1998 and needing to call out on my first day due to 18 inches of snow and the city buses being delayed. My new employer was not pleased. In the Chicago of my youth, 18 inches of snow didn’t stop the show.

No, the weather was fine; winters on the Southern Maine Coast were temperate compared to the brutal winters of Chicago, and summers were a delight—again, before the acceleration of climate change.

What was otherworldly to me was how utterly white Maine was at that time. How the state was physically so white and how the culture of whiteness was so deeply embedded that it didn’t even allow for the possibility of others to survive and thrive in this state. Things as simple as buying a tube of flattering lipstick or getting a proper haircut in the state’s largest city were virtually impossible in the early aughts for Black folks. I often would trek down to Boston to get my hair done and just to see Black people.

It was not uncommon in my early years to go days without seeing another Black person or any person of color. I have never forgotten my camping trip to the Millinocket region in 2009 or so, when we went to a diner on Main Street in Millinocket and there was a Black man in the diner. He literally ran over and hugged me and said “Hello sista!” Everyone in the diner thought I was a long-lost family member. But I understood him, even though having a stranger hug me was weird.

Around the time I moved to Maine in 2002, Somali immigrants relocated to Maine—primarily in the Lewiston area—and frankly it was scary times, as the then-mayor of Lewiston was openly hostile to the newcomers and white supremacist activity was visible. Despite living almost 50 miles south of Lewiston, I was terrified—and yet, I had to be in Maine. For my son.

When I started my now defunct “Diverse City” column in 2003 for the Portland Phoenix, I was immediately met with pushback and death threats. Starting this blog in 2008 and gaining national visibility in 2012, thanks to the blatant racism of then-governor Paul LePage, only raised the stakes and helped put a permanent target on my back.

My early years in this state were painful and oftentimes, writing was my only solace. It also allowed me to connect with others. But as the years have passed, things have shifted, Maine is still overwhelmingly white but Black people and other POC have become more visible. By the 2010s, it was possible to get a haircut in this state and find lipstick, and there were more folks of color getting involved in local communities and gaining visibility.

However, racism is not erased because we allow a few folks to become visible. Black visibility alone doesn’t start to dismantle white supremacy. Black folks and other POC accessing the levers of power does create change, though—however creepingly incremental—because ultimately racism is about power and privilege.

Until recently, there was one known name in Maine as far as Black folks: Talbot. The Talbots go back at least eight generations in Maine. Gerald Talbot was the first Black legislator in the Maine legislature and he was also the founding president of the Portland chapter of the NAACP. Gerald’s daughters are all trailblazers, including his daughter Rachel. Rachel was the first Black woman elected to the Maine legislature and currently serves as assistant majority leader of the Maine House of Representatives.

Thanks in large part to the path blazed by the Talbots, change was coming—and it continues at a more rapid pace today. In the past several years, we have seen an increase in Black and brown folks not only running for public office but getting elected in the whitest state in America.

This week, South Portland, Maine’s fourth-largest city, with a demographic that is 90% white, just installed its first-ever for the United States: a Somali-American mayor. That would be Deqa Dhalac, who only entered the political arena a few years ago.

Just over the bridge in Portland, our largest city, earlier this week, new city councilors were sworn in, including Roberto Rodriquez, who is Puerto Rican, and Victoria Pelletier, a young Black woman. In fact, our city council is now a minority majority. We have two Black women sitting on Portland’s school board, Mickey Bondo and Nyalat Biliew.

We also have the Portland Charter Commission where five of the twelve Commissioners are people of color, which includes yours truly. All over the state we are seeing Black folks and other POC moving into leadership positions, including Angela Okafor, who serves on the Bangor City Council, and Craig Hickman, who after serving several terms in the Maine House of Representatives now serves in the Maine Senate. In addition, we have Maulian Dana who serves as the Penobscot Nation Tribal Ambassador. No doubt my frazzled perimenopausal brain has forgotten someone, but it is not an intentional oversight.

While it is easy to get bogged down in the day-to-day minutia and feelings that as people of color we are erased in Maine, we are not. We are not only growing in numbers, we are growing in access to power and the ability to effect change, which recently has included the creation of The Permanent Commission on the Status of Racial, Indigenous and Maine Tribal Populations.

It might be easy to say this change is nothing more than tokenism or limited to POC with class privilege, but most of us didn’t come from privilege. While many of us are newcomers to the state, we are united in our desire to make a difference in our state and to ensure that future generations of youth of color in Maine will see themselves represented in their communities.

Often we expect immediate large-scale, visible change but rarely does change happen that way, especially without legislative action. It’s sort of how I started working out this year, but the number on the scale hasn’t gone down to my liking. But my pants are looser, I feel stronger, and working out no longer feels like a torture session. It has taken 12 months to notice the actual changes happening in my body. In the case of race in this state, it has taken almost 20 years for being Black in Maine to no longer feel like a lonely existential crisis.

3 thoughts on “Maine is changing and diversifying”