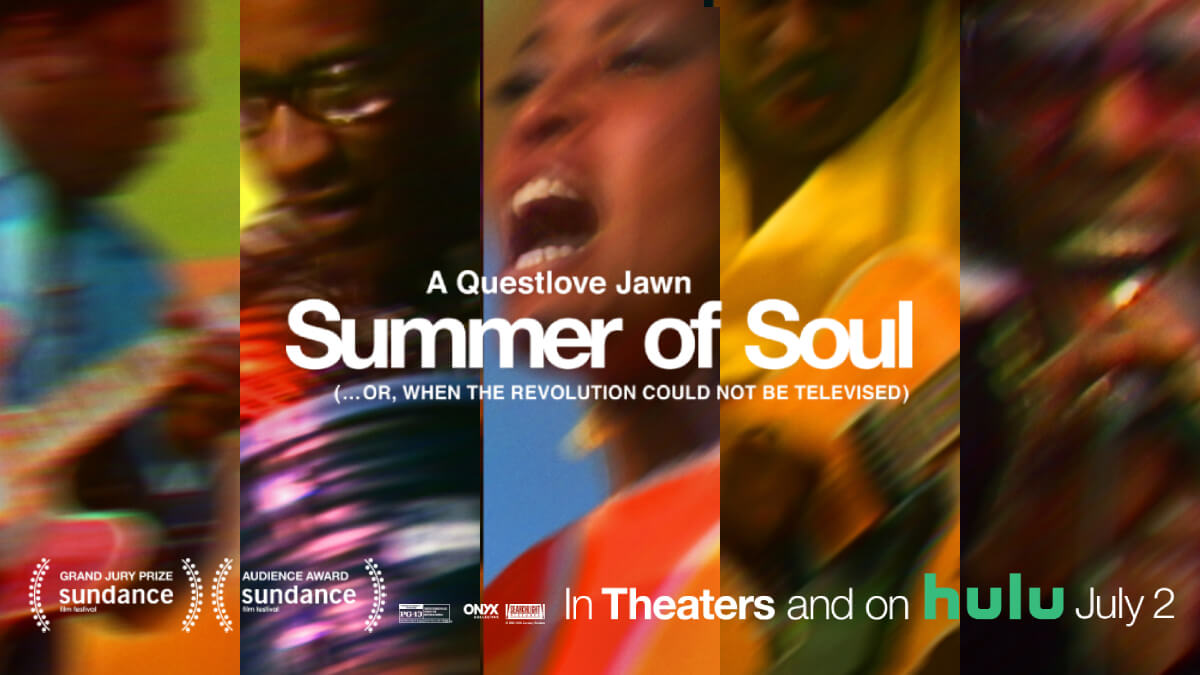 If you haven’t seen Summer of Soul (… Or, When the Revolution Could Not Be Televised) yet, please get on it. Stop reading this right now and go spend 117 minutes getting your life better. It’ll be over before you know it and you’ll be fighting the impulse to watch it all over again—and you might even give in.

If you’re not familiar, Summer of Soul is a documentary by Questlove about the 1969 Harlem Cultural Festival (HCF), featuring concert footage that sat forgotten in a basement for 50 years. HCF was somehow an obscure event despite featuring performances by Stevie Wonder, Sly and the Family Stone, Nina Simone, and various other Black superstars of the era.

The documentary is straight-up incredible from start to finish. Of course, the performances are as beautiful and joyous and earth-shattering as you might imagine, but there’s so much more. For example, a common feature of music documentaries is to interview the artists who performed at the time. Summer of Soul does that, but it also interviews audience members, personalizing the performances and making the documentary feel so immediate and so present it could be a livestream.

The best documentaries not only explore how times have changed, but also how they’ve stayed the same. Summer of Soul somehow accomplishes this throughout. An especially revealing sequence features man-on-the-street interview footage about the moon landing. People interviewed were excited and proud. They were happy about the United States leading the space race for various versions of patriotism, American exceptionalism, etc. The people were all for it! The white people, that is. Black people interviewed had a more realized perspective. Not unlike criticisms of our current bored billionaires, Black people in 1969 questioned the purpose of throwing untold wealth into literal space instead of solving the problem of growing poverty right down here on Earth—especially when there’s more than enough money to do both.

High points for me were Stevie Wonder’s drum solo, Nina Simone singing “Are You Ready, Black People?” and Mavis Staples explaining what it meant to have Mahalia Jackson hand her the microphone. And the opening interview. And the closing one. And the post-credit scene. I’ll stop now.

The only thing missing from Summer of Soul is Gil Scott-Heron, but as his debut album didn’t come out until the following year, you’ll have to be satisfied with the title and Whitey on the Moon references.

Fingers crossed for a sequel! There’s gotta be more footage in a basement somewhere…