For more than a week now the national media here in the US and the digital media world have been on fire talking about Yahoo’s increasingly unpopular CEO Marissa Mayer and her decision to end telecommuting at the struggling company. I wrote a piece last week for The Portland Phoenix with some of my thoughts on the situation and figured I was done with the matter. However it’s clear this issue won’t die which is actually pretty funny since with all the talk about work-life balance being bandied around, there is a growing segment of the population that is so invisible that they rarely merit any significant discussion. The millions of men and women in this country who since the Great Recession aren’t in the middle class and if they are working, the jobs they work at barely pay a living wage, much less allow for privileges such as telecommuting. After all how exactly can that 35 year old mother of two who serves up overpriced beverages to the privileged folks who have the luxury of working from either home or the local Starbucks do her job from home and still get paid. 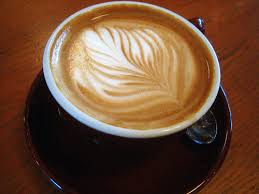 I don’t know about you, but I can’t imagine drinking a virtual latte, nor can I imagine having a virtual clerk at the local department store assist me from the comfort of her home. When we discuss issues that we hold dear, too often we are looking at them through a privileged lens where choices exist, where we can choose work to fit our lives and not the other way around. Work-life balance is important and technology is a beautiful thing but it pains me to see that for front line workers whose jobs cannot be done from home, who is speaking for them?

In the coming days and weeks with the sequestration cuts poised to take effect, for millions living is about to get a heck of a lot harder and balance… what is that? Can we be honest? Work-life balance is yet another perk that one gets for either being born on at least second base or somehow getting to second base and frankly I think that needs to be acknowledged. Growing up working class, I am intimately aware that there are more than a handful of jobs that won’t ever be done from the comfort of one’s home. After all when you need a plumber or an electrician, chances are you want them to actually show up at your house and resolve the problem.

For many working class folks, work-life balance might be more about making sure their jobs pay wages they can actually live off of. That means wages that pay the bills, allows one to save a little and maybe even get a vacation once a year. See, it’s hard to feel balanced when you never have enough money to make your ends meets yet that is the reality for millions. If we want to have a real discussion about work life balance, then we need to make sure that discussion involves people from across the class spectrum so that it is a true dialogue and not merely an echo chamber of like-minded people who see the world through the same lens.