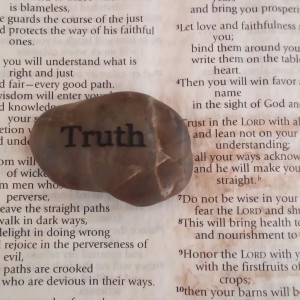 “Life is what happens while you are busy making other plans.”- John Lennon

Last Friday, I woke up with one goal: To have the best day possible, because by the end of the day, our lives would be forever changed. There would be no going back to the people we once were. But before we reached that unfortunate crossroads, we would have one last perfect moment.

That last perfect moment was shattered by the ugliness of an unknown young white man, who in choosing to call my family niggers not only stole the last shreds of joy that my family desperately needed but over the course of a few short days would turn my family into a viral story being shared and dissected across the world.

We’ve all read about people becoming a viral story but nothing can prepare you to wake up and see details and photos about your life and your family being laid bare for all to see. To see bits and pieces of your words cobbled together without your permission and curated into a “story” without anyone speaking to you for an interview. To see judgement rendered on your reactions in a highly tenderized moment laid bare for others to judge. To see your discomfort judged as a hoax based off your occupation. To be told that you are not entitled to your feelings or even your words.

Nothing can prepare you for just how raw and vulnerable this will make you feel. That for every kind message, it’s the ones that threaten you and dehumanize you and your children that will linger in your mind and make you pour that third glass of wine and ultimately keep you from sleeping. That even for a well-seasoned veteran of ugly, the sheer scope of this ugly would make you finally grasp how easy it is in a moment of desperation to simply give up.

To say that the last few days have been a clusterfuck would be an understatement. I had no idea that in choosing to speak up which, as a typical hard headed person who sometimes struggles with shutting up…that this time, I may have been better served by not writing that last blog post, by not popping off on Twitter and blowing steam. I had no idea that in choosing to write my blog post in response to Jackie Ward’s well-intended post on her Facebook page that I was essentially unleashing a world of hurt upon myself and my family at a time when to be frank, my personal reserves are lacking.

Despite my day job, it was not my intention to spark a discussion on race when I wrote that post. It was the frustration of a middle-aged woman who can no longer stuff herself down, who is fueled by the hormones of that uncomfortable journey we call middle age or perimenopause.  Yet this is one time where I am kicking myself for my decision to speak up. I do hope that a larger conversation on race happens especially as we grieve the loss of yet another dead Black man at hands of law enforcement. We need deeper conversations on race, because even without my professional background, it is clear that far too many Whites don’t see the world through the lens of many non whites. That as much as we may want race to not matter, it does matter, that we are simply not at the place where we can divorce ourselves from the color of our skin. We do need those hard and uncomfortable conversations. However, having it come on the back of my personal pain is a hard pill to swallow.

In the past few days, I have never felt so utterly alone in my life, so utterly scared after receiving messages from someone signing off as Concerned Citizens of Maine, so utterly fucking dejected at this mess in the middle of an even larger mess in my life.  I am also struck that during this time words like self-care and support, while often thrown around when in crisis, truly have little meaning. Yesterday, a friend called me to ask me how I was holding up and after I hung up, I broke down crying with the sad realization that in the midst of this unholy mess, he had been the only person to call me up. (Note: I have received countless texts and messages which I am extremely grateful for, so thank you)

As I sit and reflect on clearing up the rubble from my life and attempting to build a new foundation, I am struck by the words that were used to refer to me in the immediate aftermath after that ugly word was said to us: “calm and stern.” I wear that mask well and perhaps I wear it so well that it is easy to not see that it is not real at all. That in the days since that fateful and Crash-like moment, I have been anything but calm, that when the person who knows me best at this time in my life told me to be strong, it felt like the ultimate slap in the face. That sometimes I don’t want to be strong; sometimes I can’t be strong. Sometimes, I need help with my burdens…and this would be one of those times. Yet in a 24/7 hour world that never sleeps and takes a series of unfortunate events and spins them out of control, maybe we all need to step back and hold fast to our collective humanity.

Note: In the past several days, it seems I have picked up a few new readers. While I do write on race often, I also write on the struggles of growing older and raising kids as well as occasional musings on our culture at large. I hope you stick around. Blessings.