Since my last post touched on career frustrations, I figured it’s time to give an update on how that not spending thing is working out. Well it’s been better than previous attempts but my son getting his own car has put a slight cramp in my planned budget. No, I did not buy him a car, that honor goes to his Grandma. In fact he has a nicer car in some respect than the Spousal Unit and I. It seems when one procures a vehicle they need gas  money, and since elder boy has been busy with his studies and the lead role in yet another play, he has no job.

So, that means he has had to hit Mama up for some gas money which as I explained needs to last until he gets a job. Now that his show wrapped up he has decided that working a pt job would be a great use of his time. I admit I have mixed feelings because he recently received his second offer for  free ride to a lovely Midwestern school with a decent drama program. This is the second drama offer he has received, problem is he doesn’t want to study drama in college; I have already told him we need to consider these offers. Any how he is taking a break from drama to get a job and then can pay for his own gas.

If it had not been for the unexpected car and gas money, well I would have more or less stayed within my projected budget and savings and that is factoring in the unexpected work we are doing in the Spousal Unit’s office.

This month I have been a lot more intentional with money, no drop by visits to Goodwill, thinking before I decide to grab a meal out. It would seem there is hope for me after all. Now I just have to survive the holidays, already I am working on a holiday budget and the emphasis this year is not on gifts. No, we will focus on the spirit of the holidays which I think will be more meaningful and surely keep more cash in my pocket.

That’s the latest update on the spend less front and no I have not entirely given up outside coffee but it does happen a lot less. I admit I do enjoy the times even more when I grab that latte or mocha because it no longer is a  daily given. 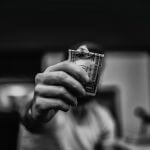 No strings donations: Breaking the cycle of privilege’s rules

Do you steal from Black people?