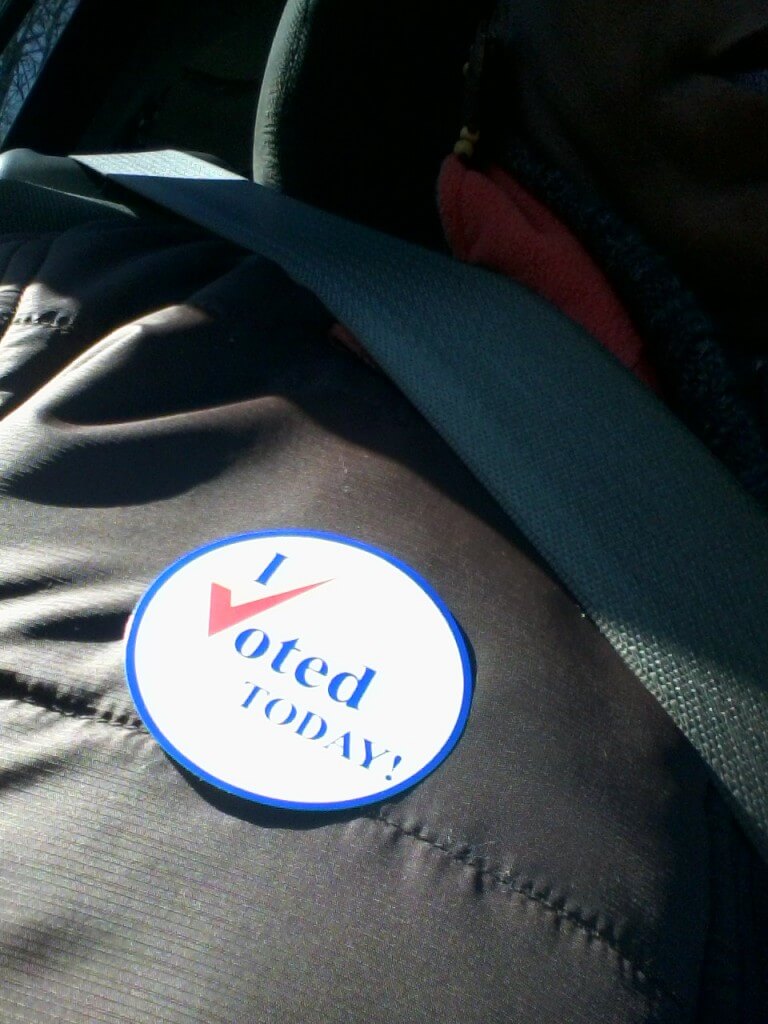 This is it, after what seems like forever today is Election Day in the United State and the truth is I am done, ready for it to all be over. The rhetoric on both sides has reached the point that frankly I feel deep sorrow for our nation. Passions are running high and our ability to be civil to those whose views we don’t hold is like Tara….gone with the wind.

I actually woke up this morning and briefly thought about skipping the whole damn process, until I looked at the picture I have of my grandpa…the grandpa who fought for the right to vote decades ago in Arkansas. My father is not a sentimental man but the one two punch of my mom’s untimely death some years ago along with the birth of my daughter has softened my Dad. Recently he has shared family history with my brother and I that he had never shared previously.

A few years ago, my Dad made a series of tapes for my brother and I; much of what he shared broke my heart. My Pops grew up under Jim Crow law and remembers seeing his father literally fighting for the right to vote. That thought came to my mind this morning as I thought about skipping the whole process and realized no matter how sour I am on this election season, the vote to right is one that needs to be exercised.

Obviously as I write this no one knows who will win this thing, hell I am not even convinced we will even know by tomorrow morning who the winner is, but regardless of who wins, I am not sure any of us are the winners. Our political process is bought and paid for by people who live in the shadows it seems and who have way too much damn money. As a result the people we elect are increasingly beholden to their rich and powerful supporters and the little man’s needs keep being pushed to the side. Oh, we get an occasional bone thrown our way.

On a personal level, it seems the political process divides us more than bringing us together, as relationships and connections are ended over our individual choices. Thanks to sites like Facebook, we can write off huge swaths of people whose views we find not compatible to ours. Having lost a friend in 2008 over politics, I am not a fan of talking politics if it means losing the connections that matter most. In my world I don’t require my friends or family to share my views, just that we can find that middle ground, life is not black and white, most of us live in the gray zones.

In the end though, I like to think no matter who wins we will survive because while the people who hold political offices are important, what we do individually is what matters most. Going out and voting is great but what are we doing every day, are we active in creating a better world? Voting for president is wonderful but we need to vote in the races that impact us locally as well. In the end it is all interconnected and our involvement needs to be continuous.