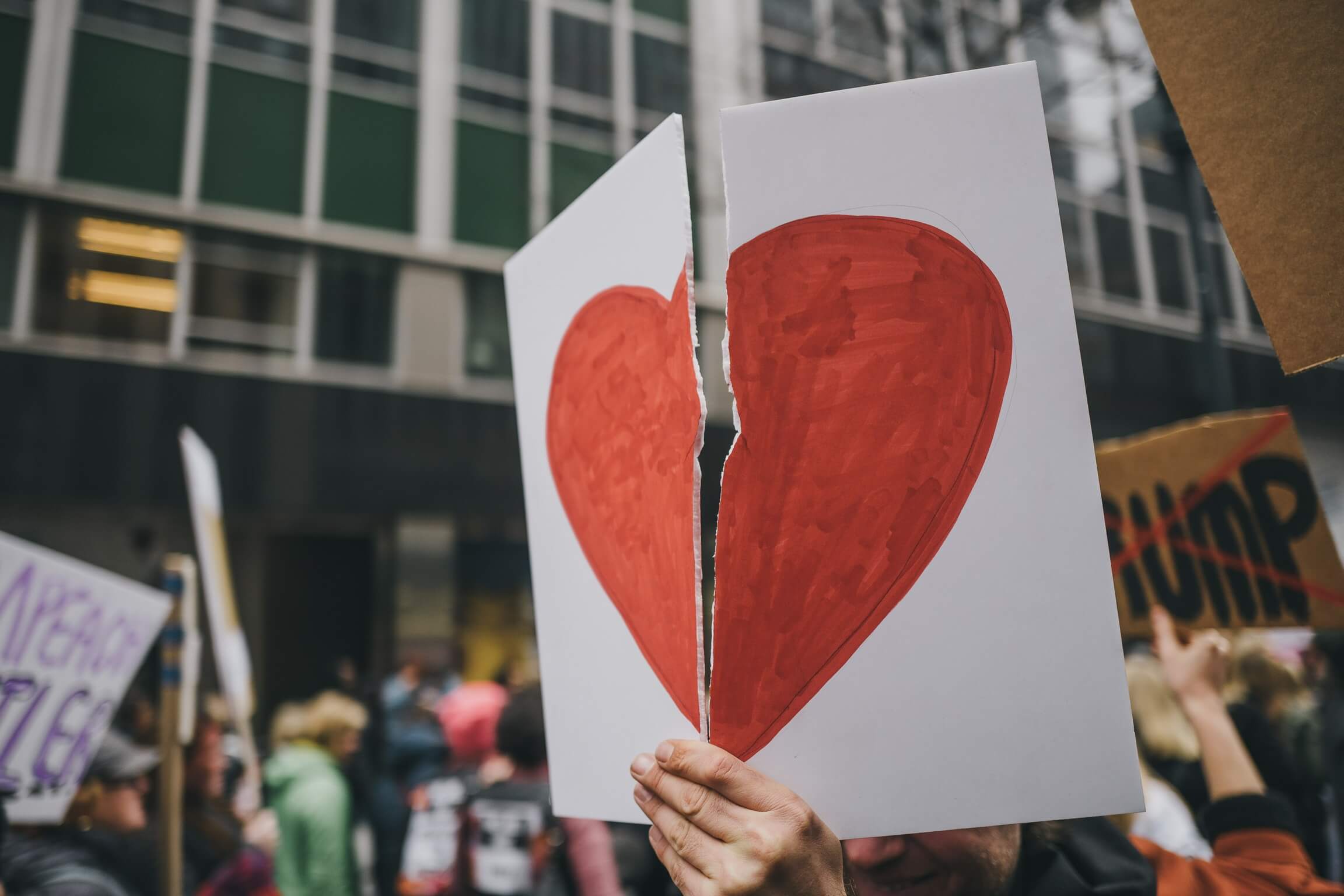 The events that took place in Charlottesville and the days after laid bare the soul of the United States. No matter how hard this nation tries, we cannot rid ourselves of the seemingly everlasting scourge of white supremacy. Early movements for civil rights sought to change our institutions in favor of more equitable policies and that tradition continues today through the efforts of those who advocate for criminal justice reform, for example. But even though it’s been proven possible to effect change in institutions, the notion of white supremacy persists in the attitudes of many white people—whether they are stanch white nationalists or oblivious liberals.

Recently, the president of the United States compared the two sides who clashed at the Charlottesville rally, making a moral equivalence between white supremacists and anti-racists. And even though his assessment rightly offended many people, in some ways it is representative of national tradition. Our country has a rich history of contemplating the humanity of Black people as matter of acceptable public discourse.

In 1787 after a contentious debate, it was decided that that Black slaves were three-fifths a person. Seventy-four years later, the nation entered civil war over the humanity of slaves. The following decades were defined by battles against the KKK, a fight for voting rights, and tensions associated with a segregated South. Today, the nation grapples with the morality of mass incarceration and the extrajudicial killings of Black people. The worthiness of Black lives has always been up for debate in the United States. What is unique about the modern era is the ever-present idea that we are a post-racial society.

There is a perception that George Wallace was the last segregationist to exist, that Martin Luther King Jr. healed all the nation’s racist attitudes, and that Lyndon Johnson rid our institutions of racism and discrimination. Many believe that these acts of social sorcery ushered in an era in which our racist past was no longer relevant.

A brief exercise in critical thought exposes how absurd these assumptions are. But nevertheless, such perceptions serve as a point of departure for many debates surrounding race in America today.

Most Americans are familiar with the images of the Birmingham Campaign in 1963 when non-violent Black protesters were blasted with fire hoses and attacked by German shepherds. Similarly, images of the sit-in at Woolworth’s lunch counter continue to be emblematic of the Civil Rights Movement. But somehow, despite these historic scenes, people believe that they were just an isolated moments in time.

But where are those people now who dowsed Anne Moody in condiments at the lunch counter or the cops who released attack dogs on Black men, women, and children? Were those people, and their community of like minds, suddenly washed over with feelings of compassion and equality with a swipe Lyndon Johnson pen? The events that took place in Charlottesville prove that is unlikely.

It cannot be underestimated the amount of people who carry the torch of hate and bigotry into the 21st century. Many people look at Donald Trump and say that he is the creator of these attitudes. But that is an error in thinking. Donald Trump is just a purveyor of hate looking to capitalize on an already abundant resource. He now serves as an umbrella under which cowards can hide from the rains of reality.

Even though these white nationalists, neo-Nazis, and white supremacists tend to align with the political right, white liberals and moderates, too, have some ownership to take when it comes to dismantling racist notions in their own backyards. Simply announcing one’s allegiance to a certain political affiliation or ideology doesn’t automatically make them immune to being part of the problem. Of course liberals do not thrust their hands out into a Nazi salute; oftentimes, though, they meet communities of color with only lip service, apathy, and silence. Dr. Martin Luther King, Jr. wrote in his Letter from Birmingham Jail:

“First, I must confess that over the last few years I have been gravely disappointed with the white moderate. I have almost reached the regrettable conclusion that the Negro’s great stumbling block in the stride toward freedom is not the White Citizen’s Counciler or the Ku Klux Klanner, but the white moderate who is more devoted to “order” than to justice; who prefers a negative peace which is the absence of tension to a positive peace which is the presence of justice; who constantly says “I agree with you in the goal you seek, but I can’t agree with your methods of direct action;” who paternalistically feels he can set the timetable for another man’s freedom; who lives by the myth of time and who constantly advises the Negro to wait until a “more convenient season.”

Just as feelings of hate and ignorance have been inherited by people on the right, apathetic and blasé attitudes have been handed-down to the white liberals and moderates who stand to the left of them. Colorblind-ism is likely the most pervasive viewpoint that liberals hold which serves to invalidate and undermine Black folks and their experiences. (For more information on the problem with saying you don’t see race, see here.)

Racism is a system and depends on many different moving parts. Right wing extremism may represent the pistons that drive the engine, but ineffectual and shallow support from liberals serves as lubrication. It all works together.

Even though we have a long history of deliberating whether Black people are deserving of respect and humanity, it does not mean that we need to further that tradition. Though our nation has gone through even harsher social and political unrest, the level of regression we are facing now is unparalleled. Emboldened white supremacists who now feel safe to slither out of the shadows have been legitimized by the so-called Leader of the Free World.

In these uncertain times, it is important for people who are committed to justice to review what Karl Popper called the Paradox of Tolerance. The philosopher theorized in 1945 that societies could be tolerant to a fault. Liberalism says that tolerance is an unbreakable virtue but Popper said this was a misstep in thinking. He said that there is one thing that we should not be tolerant of and that is intolerance itself.

“Unlimited tolerance must lead to the disappearance of tolerance. If we extend unlimited tolerance even to those who are intolerant, if we are not prepared to defend a tolerant society against the onslaught of the intolerant, then the tolerant will be destroyed, and tolerance with them.   In this formulation, I do not imply, for instance, that we should always suppress the utterance of intolerant philosophies; as long as we can counter them by rational argument and keep them in check by public opinion, suppression would certainly be unwise. But we should claim the right to suppress them if necessary even by force; for it may easily turn out that they are not prepared to meet us on the level of rational argument, but begin by denouncing all argument; they may forbid their followers to listen to rational argument, because it is deceptive, and teach them to answer arguments by the use of their fists or pistols. We should therefore claim, in the name of tolerance, the right not to tolerate the intolerant. We should claim that any movement preaching intolerance places itself outside the law, and we should consider incitement to intolerance and persecution as criminal, in the same way as we should consider incitement to murder, or to kidnapping, or to the revival of the slave trade, as criminal.”

Even though the theory is an exercise in reading comprehension, the concept is quite simple: be tolerant to all people but reject those who hold intolerant ideologies such as white supremacy.

So many people talk about what they would have done if they were there during the Civil Rights Movement. Well, that opportunity has presented itself again and this era will be defined by who stands up for justice and humanity.