Today’s post is from return contributor Veronica A. Perez (b. 1983). She is an artist and educator who works mostly in the mediums of sculpture and photography. Usually utilizing construction and kitschy materials in her pieces, Perez creates intense personal moments by means of hybridization, ideals of beauty, nostalgia, while fragility echoes sentiments of a lost self, and at the same time paralleling contemporary feminist tensions.
—————————————————-

The debate surrounding Dana Schutz’s painting Open Casket (2016) is continually drawing controversy since the opening of the 2017 Whitney Biennial earlier in March. The central argument becomes about “a white artist depicting black suffering and potentially profiting from it.” (ArtNet) But it becomes about more than that. 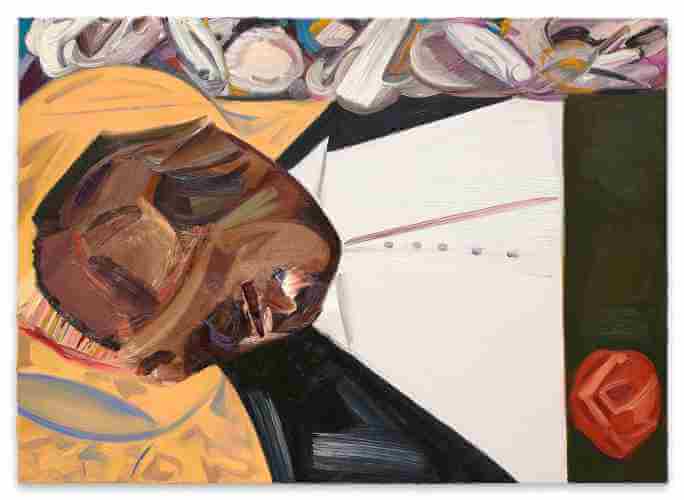 Dana Schutz, b. 1976, created a painting called Open Casket (above), depicting Emmett Till, a 14 year-old boy who was tortured and lynched in 1955 by two white men. Till’s mother, Maime, decided to have an open casket funeral, exposing the ongoing racism in American society.

Schutz created this piece in summer of 2016, a volatile year in American society (Philando Castile and Alton Sterling had just become the 135th and 136th Black people killed in the U.S. by police officers under questionable circumstances), with the hopes to expose the ongoing injustices and murders of unarmed Black Men. Schultz says in an interview with ArtNet, “what was hidden was now revealed,” with regards to injustices enacted upon Black people.

Injustices enacted on Black people have been happening since and before this country was founded. This has not been a “hidden” thing. There is nothing hidden about how Black people have and are continually treated in this country. And a white woman cannot fathom to know (and neither can I) how it feels to be Black in America.

I teach at a Community College and one of my students was late to class the other day. During break, she pulled me aside and said, “Sorry I was late; I got pulled over by a cop.” I joked with her about making the story up to get out of me giving her a tardy; then she said to me, “The cop asked me about my nationality; is that weird?” “Yes, that’s totally unacceptable for a cop that pulled you over to ask about your nationality,” I said (from this conversation you can garner that the student in question is not white). She asked me what, if anything, she should do. Before I could answer, a passing student told her to get over it and forget about it. She shrugged it off and I was again mobbed by students needing help.

What that vignette is here for is to shine a light on a few (already known) things. First, there are still injustices against Black people today and second, the comment from my other student showed me how far some of us have to go as a society to just begin to understand how Black people feel and are affected daily by social injustices.

(Don’t worry, I didn’t ignore the student. We ended up having a conversation outside of class-time about how this affected her).

Schutz could and can not possibly know the feeling of losing a child to a terrible violence such as this. Yes, Schutz is a mother and has that connection with Maime Till, but this isn’t a picture of the first day of school. This is a morbid reminder of what faced and still faces Black people today. Schutz gets to go home and be white. Sandra Bland, for example, didn’t have that privilege. Schutz can make a painting depicting one of the darkest times in American history; Bland is laying in a coffin, all over a “routine” traffic stop.

Schutz and the curators of the 2017 Whitney Biennial feel that this piece is important for taking the conversation of racial injustices forward, but it sets the conversation back. These curators and white artists need to let POC [people of color] speak about their own struggles within society. How does it actually feel to be Black in America from a POC POV?

Beginning to become an advocate for POC is what is needed in society today instead of attempting to feel the same pain POC have felt for centuries. This may sound counterintuitive but it’s about showing up. It’s about challenging structural racism; showing up when there are racist attacks and murders of POC. It’s about supporting and loving all of our Black, Latinx, Muslim, etc. brothers and sisters. It’s about supporting and struggling together for racial justice, harmony and human dignity. 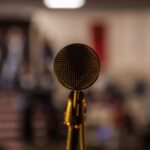