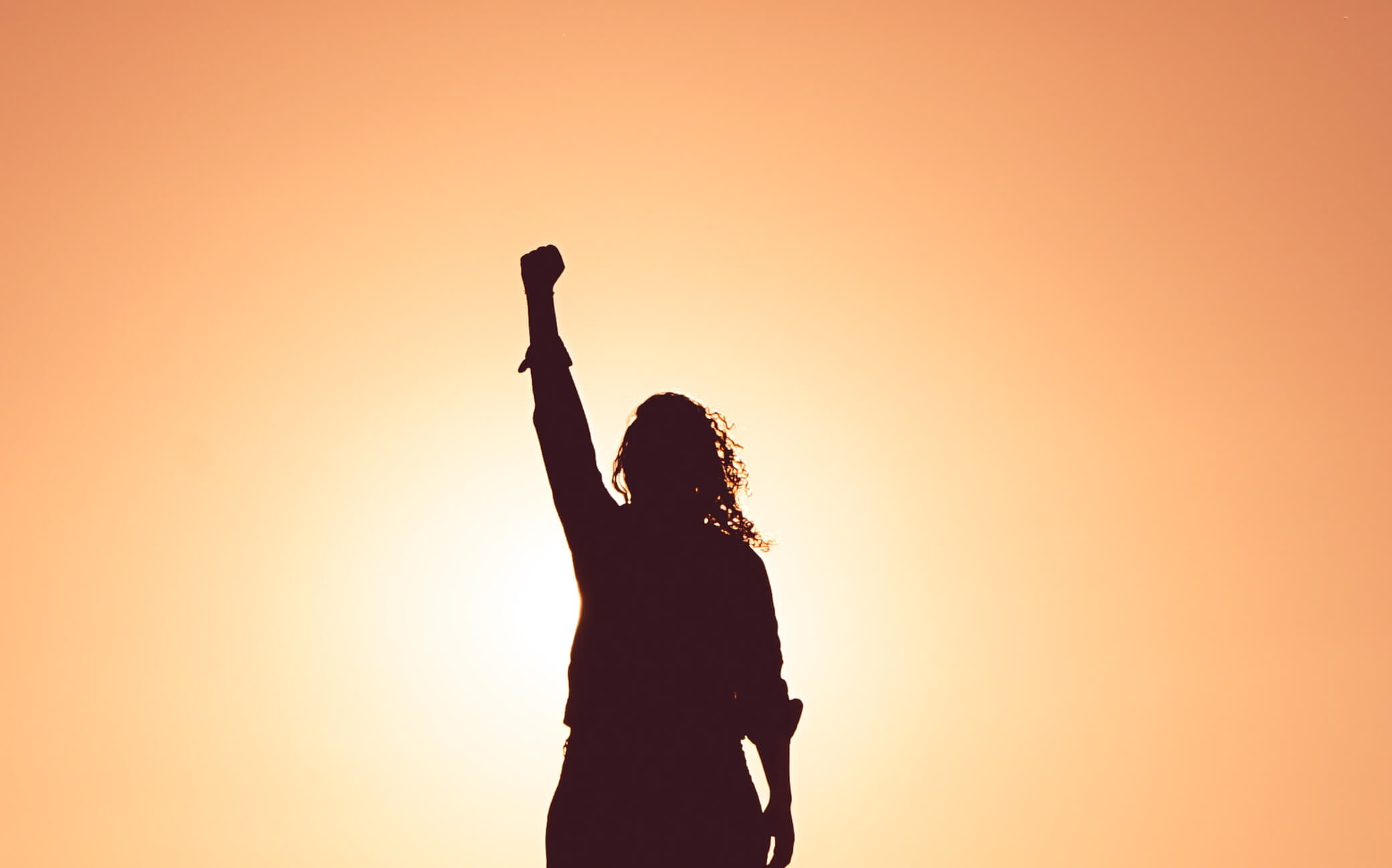 These are strange times that we are living in—and hard ones. To be frank, the world is a dumpster fire. We are two-plus years into an intensifying pandemic that the majority has decided to simply live with or just pretend doesn’t exist.

The problem with ignoring problems, though, is that they have a pesky way of growing. It could be that lump in the breast that one chooses to ignore, or the small leak in the roof, or something else—regardless, problems ignored often become expensive or even deadly. Which is why the global response to COVID makes no sense.

By all accounts, there is no herd immunity. By lifting all mitigation efforts and going back to our lives, COVID is proving itself to be a far worthier adversary than any of us could have ever imagined. The current variants have revealed the limits of a vaccine-only policy, since current vaccines are no longer a bulwark against infection. Sure, you may not land in the hospital or die, but as reinfection even within vaccinated people becomes more normal, bodies are taxed and the odds of long COVID increase. The BA.5 Omicron variant is on track to become the most infectious virus ever, surpassing even measles and—well—outside of public health chatter, the average person has no idea that they are playing Russian Roulette with their long-term health and wellness.

If ramped-up COVID weren’t enough, there is monkeypox. There have been more cases of monkeypox worldwide in the last seven weeks than in the prior 30 years. No one seems to know why nor is anyone telling anyone to take precautions, but here we are. On a collision course with two nasty viruses running loose in the world.

Global unrest intensifies as the global economy and markets remain destabilized and, by all indicators, a global recession is a very real possibility. When the head of JP Morgan says he thinks a recession is a real possibility, I am listening. The money boys know the game. Meanwhile, the Biden Administration, which I am dubbing “Weekend at Bernie’s,” keeps being less than truthful about our plight, and all I can think is: Where are our leaders?

That’s right, we don’t really have any leaders here in the United States, the Democratic Party is playing checkers while their opponents played the long game and, well, human rights are being stripped away. Christian nationalism is the new game in town, but as long as we can play at being normal, most people will keep plodding along.

Let’s not even talk about the violence in the United States. No place is immune from the reality of mass shootings, as evidenced by the July 4th shooting in Highland Park, Ill., the posh Chicago-area suburb where things like “Risky Business” and a multitude of John Hughes movies were set.

I am from Chicago; I know Highland Park. It is a idyllic town with wealth—and with none of those pesky “problems” of the city or the rural areas. Or at least that’s the facade that’s been maintained.

The reality is that we have a generation of disconnected and confused young people who’ve been given little hope for the future, many with no regard for human life, who are being radicalized online by earlier generations of hateful people who want to keep the hate going. But no one is connecting the dots. As a result, for all the intellectual chatter about “safe spaces,” there are no safe spaces in America.

Tragedy and death making one’s daily rounds are now just an accepted reality. School, houses of worship, movie theaters, local parades—none of it is safe. No wonder legal cannabis is so damn popular; you really do need to be stoned to function in the midst of this dysfunction. Keep the masses anesthetized. Otherwise, if people think too long about the misery, they might just demand something better.

In the midst of all this collective misery, there are our own personal struggles. Personally I have been dealing with an ongoing series of health issues. Hopefully, by the end of the month I will have some answers, but I can say that the past several weeks have been harrowing.

By all accounts, life has been dealing me a tuna sandwich left out on a counter in the summer heat since the day before, and I have every right to be a bit pissy. I mean, the past two years have been a personal shit-storm, between my youngest child’s health issues and my dad’s death, it hasn’t been a great ride.

Yet I realized recently that despite the shit that life has thrown at me, my soul is filled with joy. A joy so noticeable to friends that they have commented on how I seem lighter in mood and softer, and I feel it. While there is a person in my life who is responsible for some of that joy, he isn’t the sole reason.

Lately, I have been reflecting on what it means to be a Black woman; to be Black in a country where you were never meant to be seen as fully human. In these stormy times, I find myself feeling the strength and resilience of my ancestors. Ancestors who picked cotton in the heat of Arkansas and still they endured. I think about how enslaved people created moments of human joy when the cards were definitely stacked against them.

I think about my own parents who had a knack for turning moments of hardship into joy. My love of stove-popped popcorn is a direct result of growing up in a family where oftentimes, the only snack they could afford was popcorn. It was a poverty snack, much like my mother’s tuna casserole or fried hot dogs on a slice of white bread. Every part of my childhood was tinged with poverty and now I recreate those memories for myself and my family. Popcorn on the stove now means hanging with my daughter. Fried potatoes and onions is a scrumptious meal, not simply the only thing in the house.

My parents took adversity and racism and managed to create a world where fond memories were created—and now I pass them on and they are joyful moments.

I wake up every day despite wondering if I am going to die early, filled with gratitude for all that I do have and every day I am given, in awe that people around the world read my work and some even choose to financially support it.

My baby brother, who was born sickly and nearly died several times over in childhood, recently graduated with his doctoral degree. I was the first one in our immediate family to go to college; he was the first one to earn a doctorate. Between us, we hold six degrees, four of them master’s level. Our father, who dreamed of college, was told in the Jim Crow South that he was better suited to become a janitor. He never saw the middle class, but raised two kids who would go on to make a difference in the world. Talk about resilience and the human spirit and creating moments of joy.

One of my childhood memories was sitting in a store with my dad, while my mother tried on clothes, and Dad was talking to a young white woman who was studying to become an attorney. Dad told me that night I could do anything I put my mind to. In reality, that should have been a laughable moment given our financial reality. But it wasn’t. Our lives were hard, and at the same time, there were hopes and dreams.

As awful as some days are, I am thankful that I haven’t seen an empty refrigerator and haven’t felt fear of losing my housing in almost 30 years now.

Life is hard; the hits happen. Loss is real and the times are scary. But we still have a choice. We can’t make it all right any time soon, but we can choose how to respond. We can decide what to do in our sphere of influence. We can choose life even when the larger world says that is not an option.

The world may not give us joy—in fact, the world specializes in dishing out shit sandwiches—but we can choose our joy. Sometimes, the only joy that a day might dole out is a satisfactory bowel movement, and if you are of a certain age you know how rewarding that can be. Sometimes, it’s a larger and more profound joy that changes lives and situations; other times it is the simple joy of waking next to your lover and realizing that you have found safety and happiness.

The path to collective change requires rooting and grounding in our collective humanity. But that starts with a daily honoring of our own humanity which will allow us to connect to the larger collective.  Don’t lose heart. Yes, the world is a dumpster fire, but we can all be agents of change.