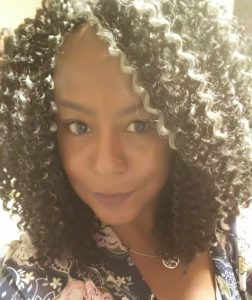 Black Girl in Maine, also known as BGIM for those who want to keep their typing-related finger stress down, is a Chicago-born, Chicago-raised chick by the name of Shay Stewart-Bouley who was forcibly relocated to Maine in 2002. (How else does a Black woman from Chicago end up in Maine?) I am a graduate of both DePaul University and Antioch University New England. Currently I earn my daily bread by working as the Executive Director of Community Change Inc., a 49-year-old civil rights organization in Boston, MA, that has been educating and organizing for racial equality since 1968 with a specific focus on the white problem. In 2003, I decided to test the waters of a childhood dream of writing and started producing pieces periodically for publications such as the Portland Press Herald and the Journal Tribune, later that year landing my own column in the Portland Phoenix, “Diverse-City,” which for over a decade I used to share insight and commentary monthly on a variety of diversity issues ranging from race to class, gender relations to sexual orientation, and workplace issues to lifestyle choices. In 2011, I won a New England Press Association Award for my work writing on diversity issues. I was the diversity writer for the short-lived Maine weekly DigPortland in 2015. After a two-year hiatus, I returned to the Portland Phoenix in early 2017.  My writing also has been featured in a variety of Maine and national publications as well as several anthologies. In November 2016, I gave a TEDx talked entitled “Inequity, Injustice… Infection.”

I started this site in 2008 as a way to blow off steam and frankly to connect with any other people of color who are in Maine or other Northern New England states, whether by choice or by unforeseen circumstances. After years of striving to be a blogger, the truth is I am a shitty blogger, but I am a solid writer and a strong storyteller. I am a child of the working class and now a supposed member of the middle class, and I like to write about race, class, social issues and sometimes even motherhood. My work is deeply influenced by the work of my childhood idol, Studs Terkel and I want to bring back the art of storytelling. In the end though,  I am big mouth with an opinion on any and everything. Oddly enough in December 2011 and December 2012, I was named to Babble’s Top 100 Mom Bloggers of 2011 and 2012; however, they saw the error of their ways and did not repeat that mistake for 2013, since I don’t quite fit the “mom blogger” mold.

Opinions expressed here are my personal opinions alone (or those of the contributors when it’s not my writing) and while many other people may share them, they should never be construed as the opinions of my current or past employers; any professional organizations with which I might be involved; nor anyone who may have contracted with me for consulting, writing or other services now or in the future. To be honest, some of my own opinions might not always be my opinions, as I continue to expand my knowledge and readjust my views of myself and the world.

Feel free to reach me by email blackgirlinmaine@gmail.com or drop me a line or whatever else, I rarely do reviews, but if the right item comes my way who knows…

52 thoughts on “Who is Black Girl in Maine?”